Do you want to save dozens of hours in time? Get your evenings and weekends back? Be able to teach about the Songhai Empire to your students? 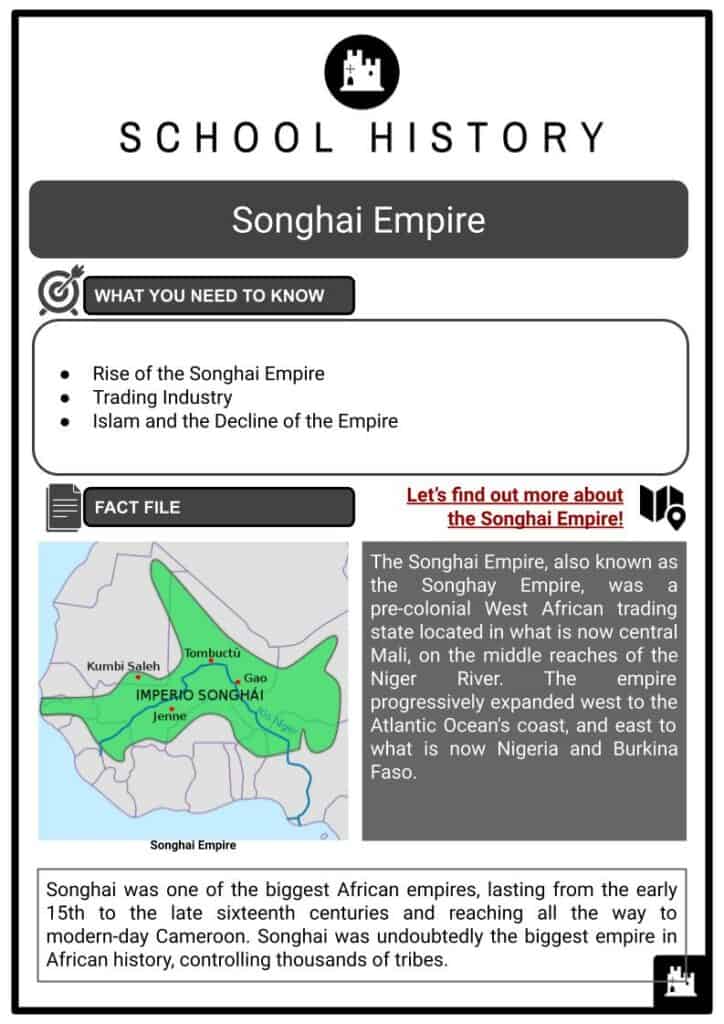 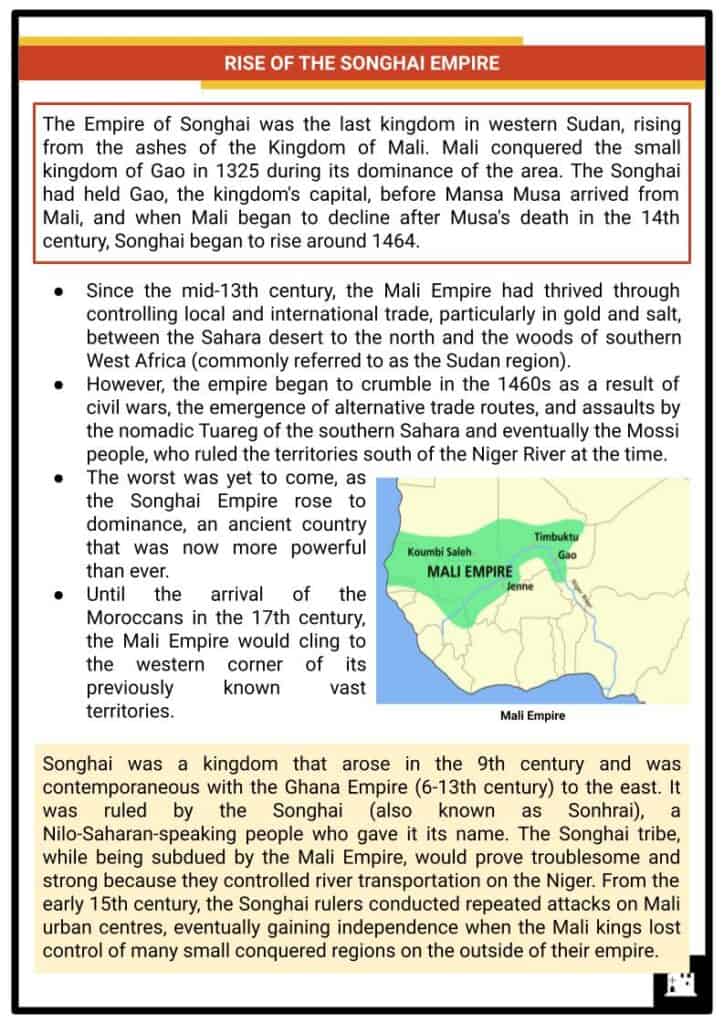 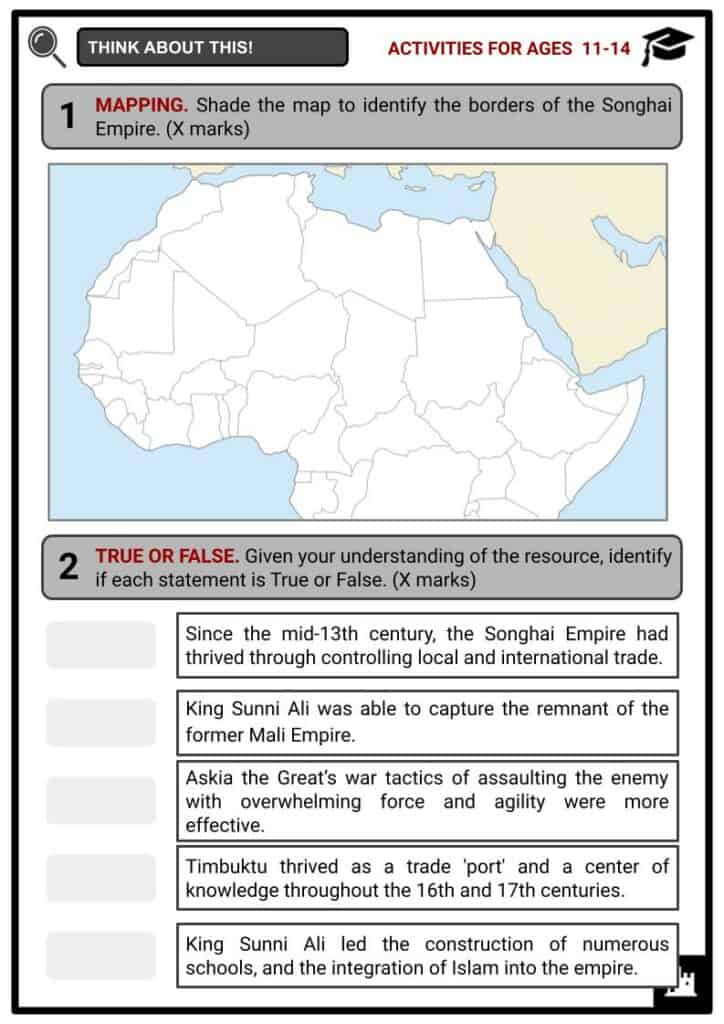 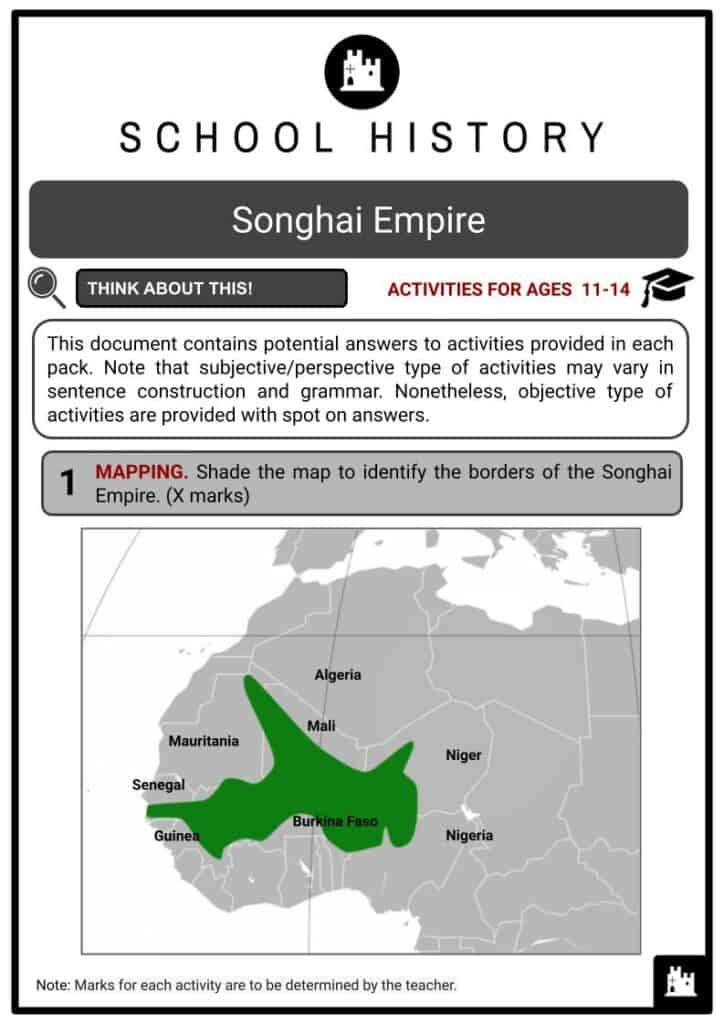 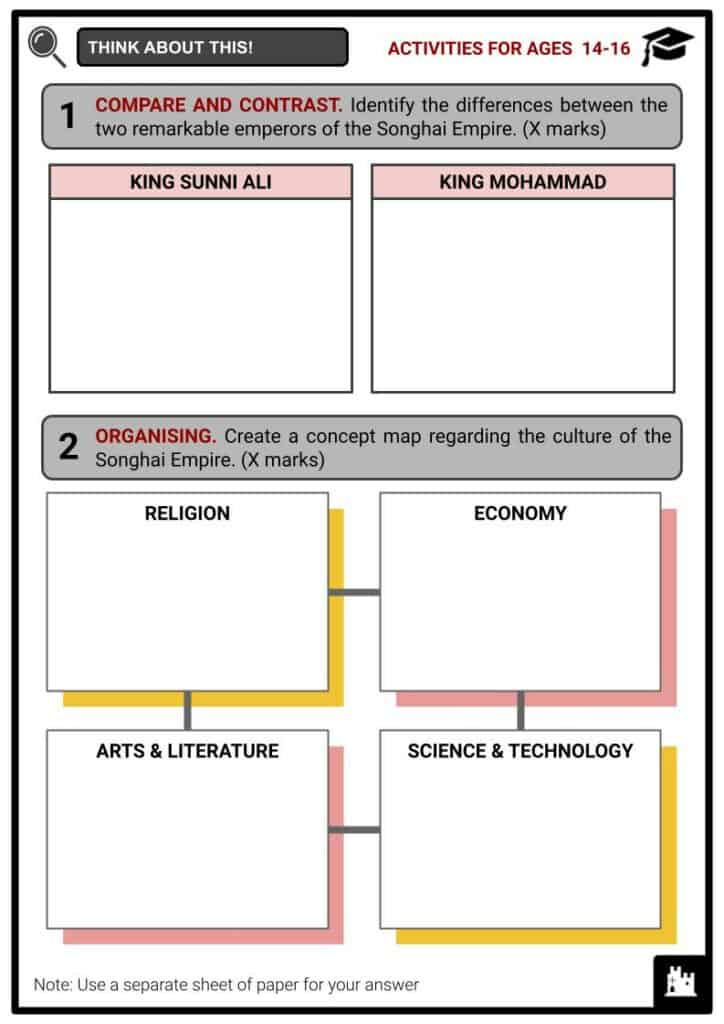 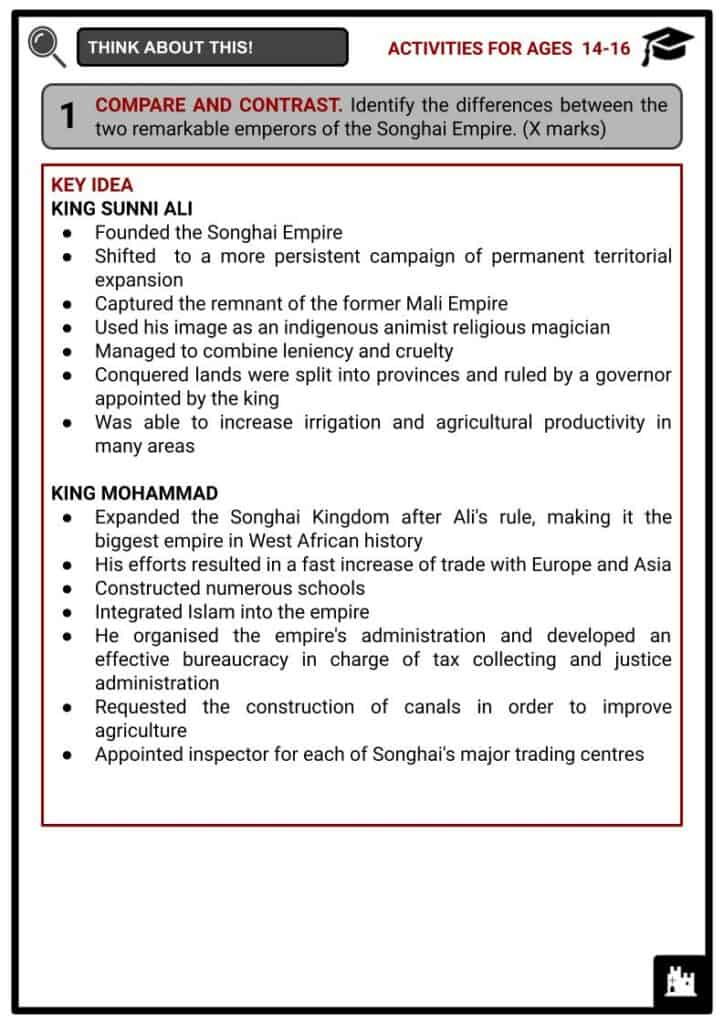 Let’s find out more about the Songhai Empire!

The Songhai Empire, also known as the Songhay Empire, was a pre-colonial West African trading state located in what is now central Mali, on the middle reaches of the Niger River. The empire progressively expanded west to the Atlantic Ocean's coast, and east to what is now Nigeria and Burkina Faso. Songhai was one of the biggest African empires, lasting from the early 15th to the late sixteenth centuries and reaching all the way to modern-day Cameroon. Songhai was undoubtedly the biggest empire in African history, controlling thousands of tribes.

RISE OF THE SONGHAI EMPIRE

ISLAM AND THE DECLINE OF THE EMPIRE