Working for the Lord Facts & Information 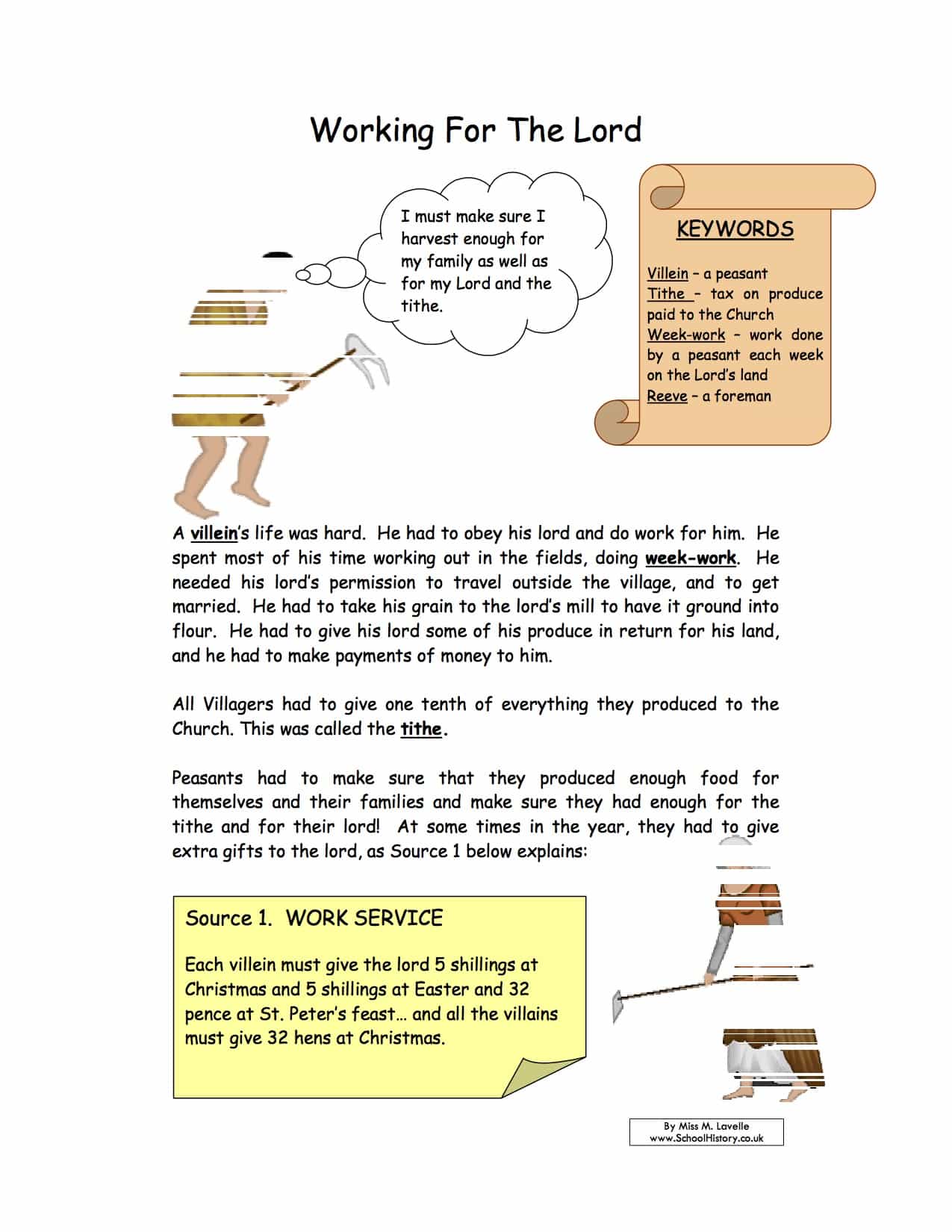 A villein’s life was hard. He had to obey his lord and do work for him. He spent most of his time working out in the fields, doing week-work. He needed his lord’s permission to travel outside the village, and to get married. He had to take his grain to the lord’s mill to have it ground into flour. He had to give his lord some of his produce in return for his land, and he had to make payments of money to him.

All Villagers had to give one tenth of everything they produced to the Church. This was called the tithe.

Peasants had to make sure that they produced enough food for themselves and their families and make sure they had enough for the tithe and for their lord!