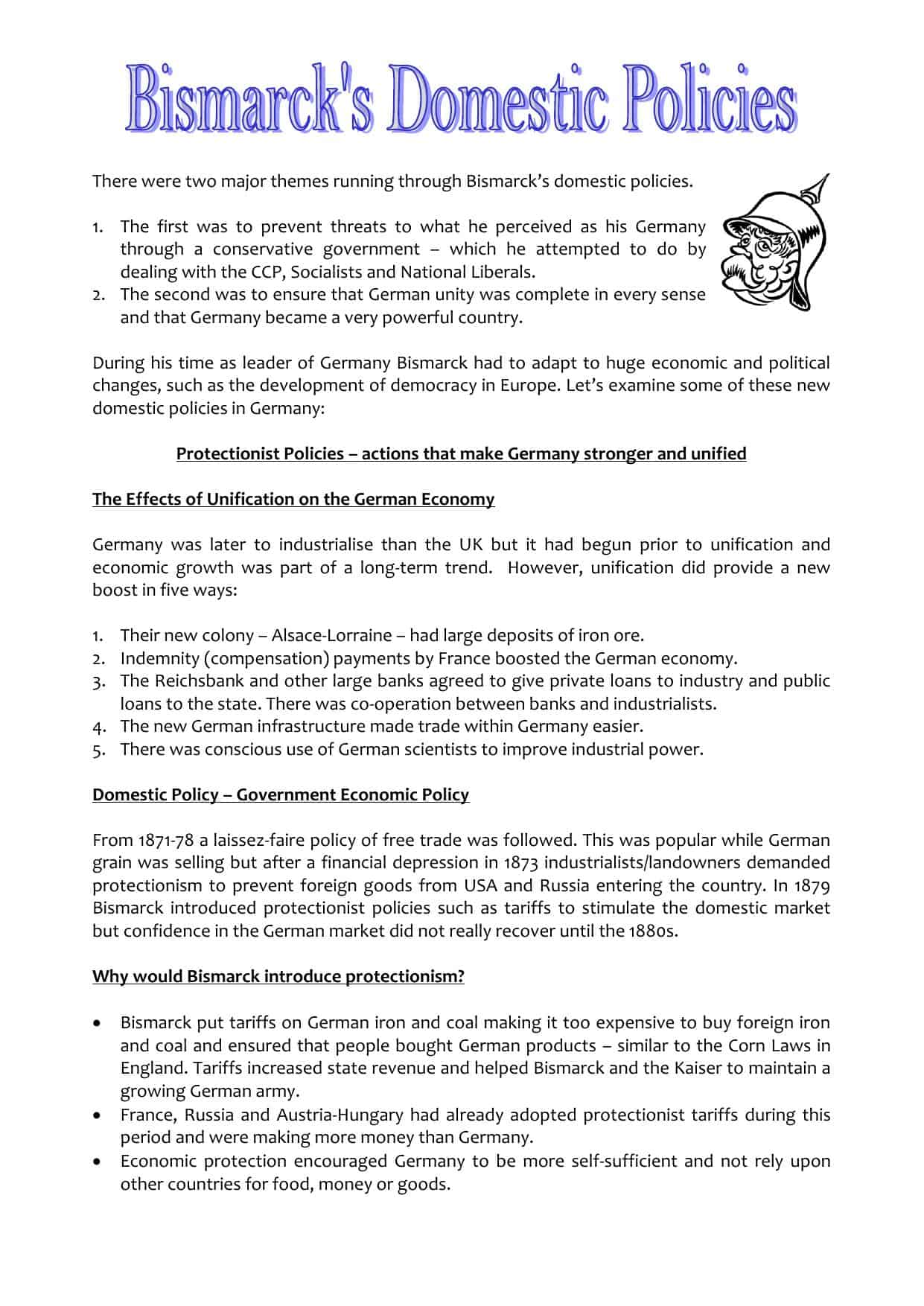 There were two major themes running through Bismarck’s domestic policies.
1. The first was to prevent threats to what he perceived as his Germany through a conservative government – which he attempted to do by dealing with the CCP, Socialists and National Liberals.
2. The second was to ensure that German unity was complete in every sense and that Germany became a very powerful country.

During his time as leader of Germany Bismarck had to adapt to huge economic and political changes, such as the development of democracy in Europe.