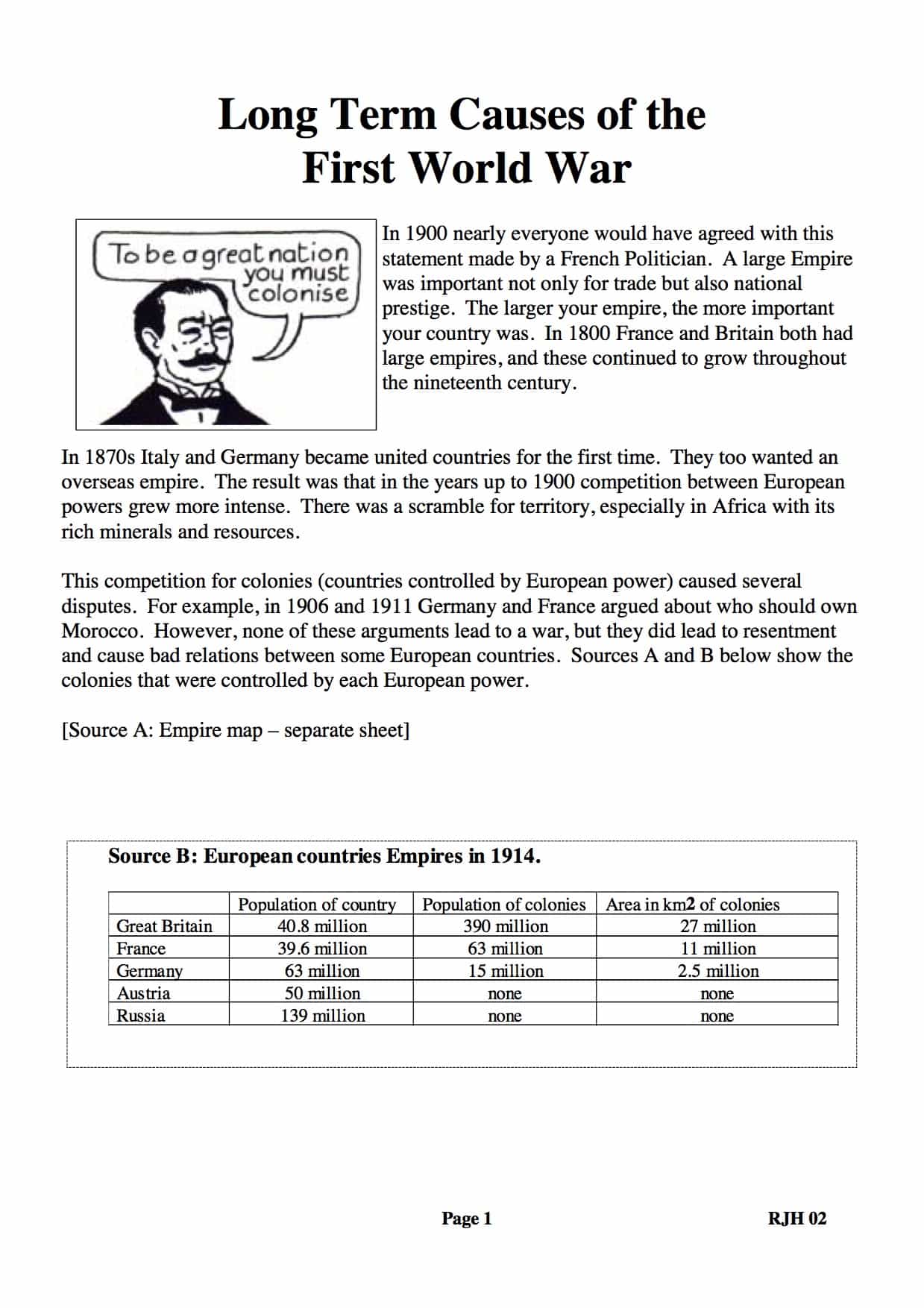 In 1900 nearly everyone would have agreed with this statement made by a French Politician. A large Empire was important not only for trade but also national prestige. The larger your empire, the more important your country was. In 1800 France and Britain both had large empires, and these continued to grow throughout the nineteenth century.

In 1870s Italy and Germany became united countries for the first time. They too wanted an overseas empire. The result was that in the years up to 1900 competition between European powers grew more intense. There was a scramble for territory, especially in Africa with its rich minerals and resources.
This competition for colonies (countries controlled by European power) caused several disputes.

For example, in 1906 and 1911 Germany and France argued about who should own Morocco. However, none of these arguments lead to a war, but they did lead to resentment and cause bad relations between some European countries. Sources A and B below show the colonies that were controlled by each European power.