Do you want to save dozens of hours in time? Get your evenings and weekends back? Be able to teach about Chiang Kai-shek to your students? 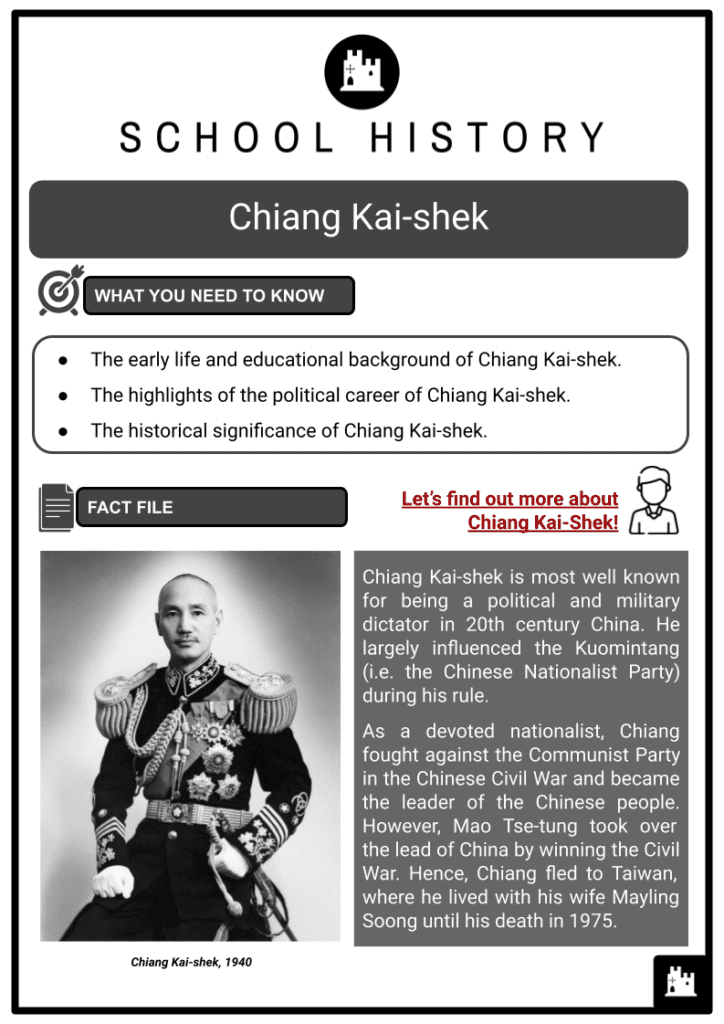 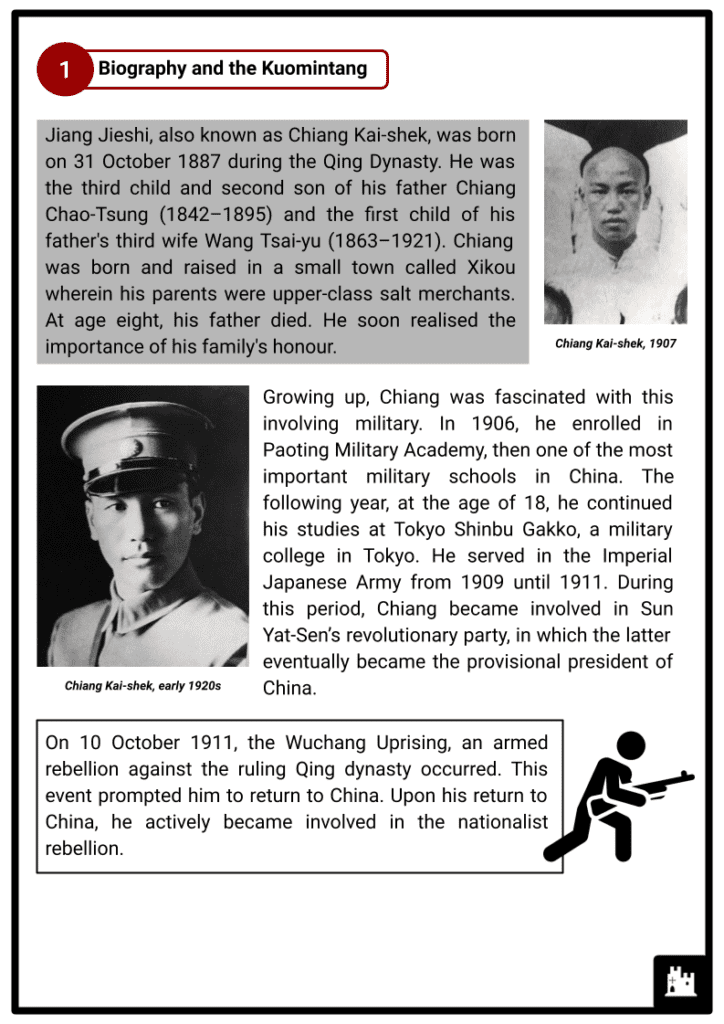 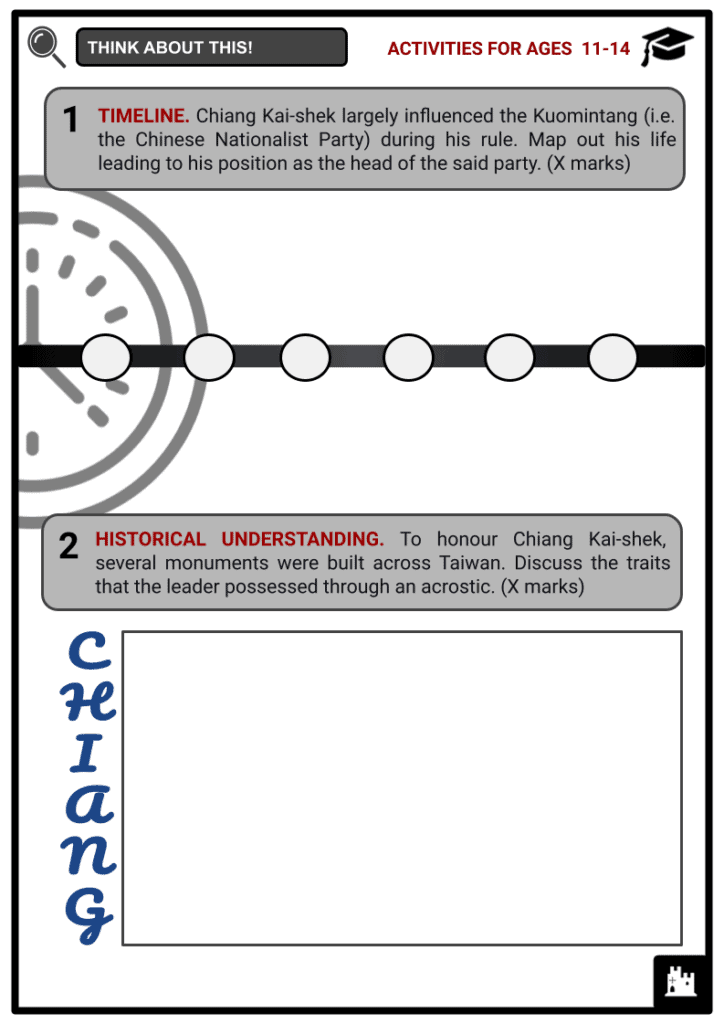 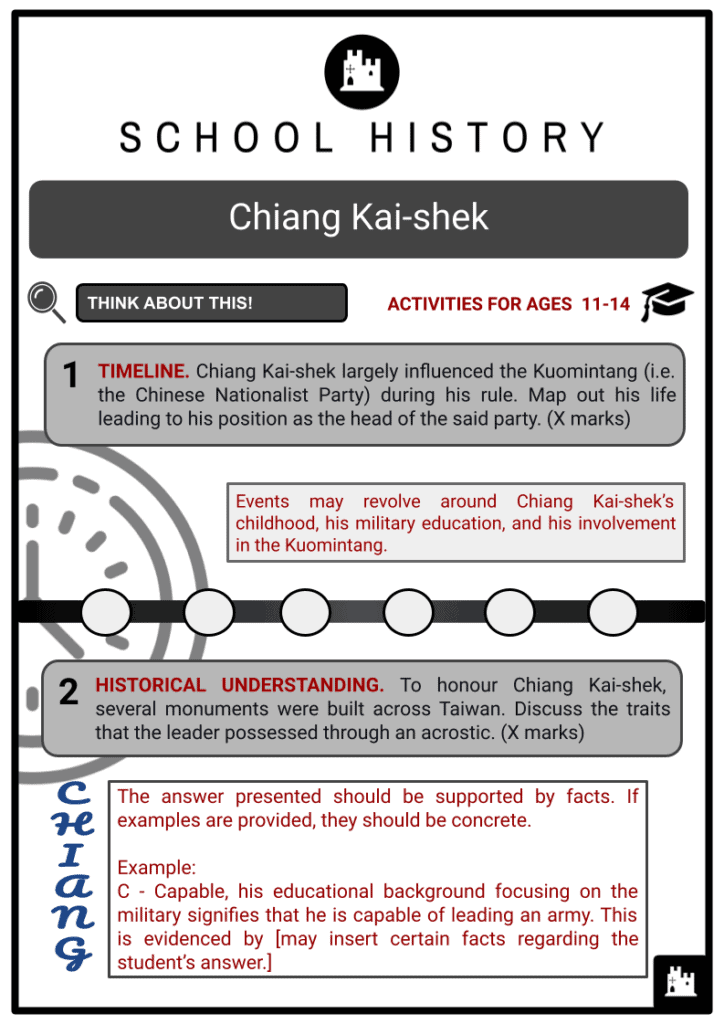 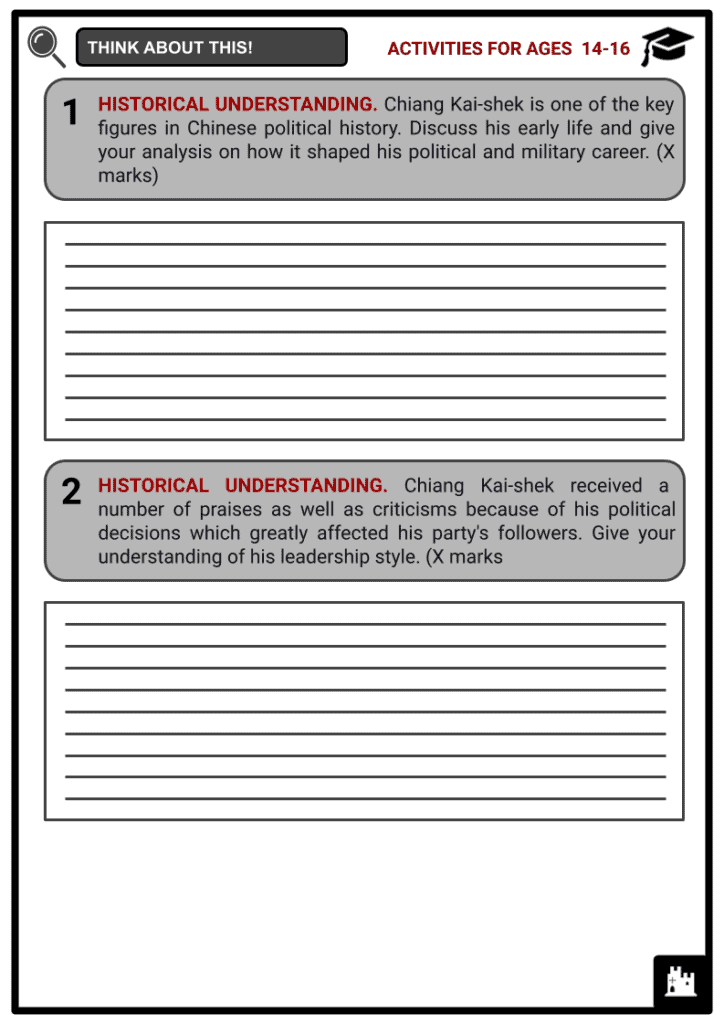 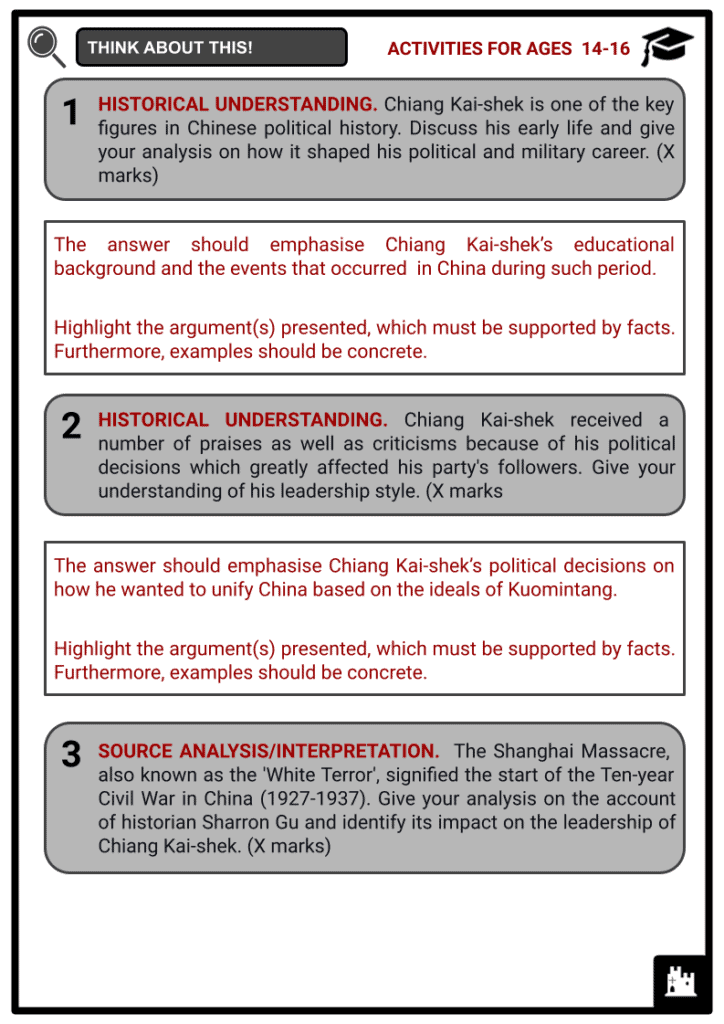 Chiang Kai-shek is most well known for being a political and military dictator in 20th century China. He largely influenced the Kuomintang (i.e., the Chinese Nationalist Party) during his rule.

As a devoted nationalist, Chiang fought against the Communist Party in the Chinese Civil War and became the leader of the Chinese people. However, Mao Tse-tung took over the lead of China by winning the Civil War. Hence, Chiang fled to Taiwan, where he lived with his wife Mayling Soong until his death in 1975.

Biography and the Kuomintang

In 1975, 26 years after arriving in Taiwan, Chiang Kei-Shek died in Taipei at 87 years old. A few months before his death, he had survived a major heart attack and pneumonia. He died from renal failure caused by his cardiac malfunction.

An insight into Chiang’s Relationships