Do you want to save dozens of hours in time? Get your evenings and weekends back? Be able to teach about Clara Barton to your students? 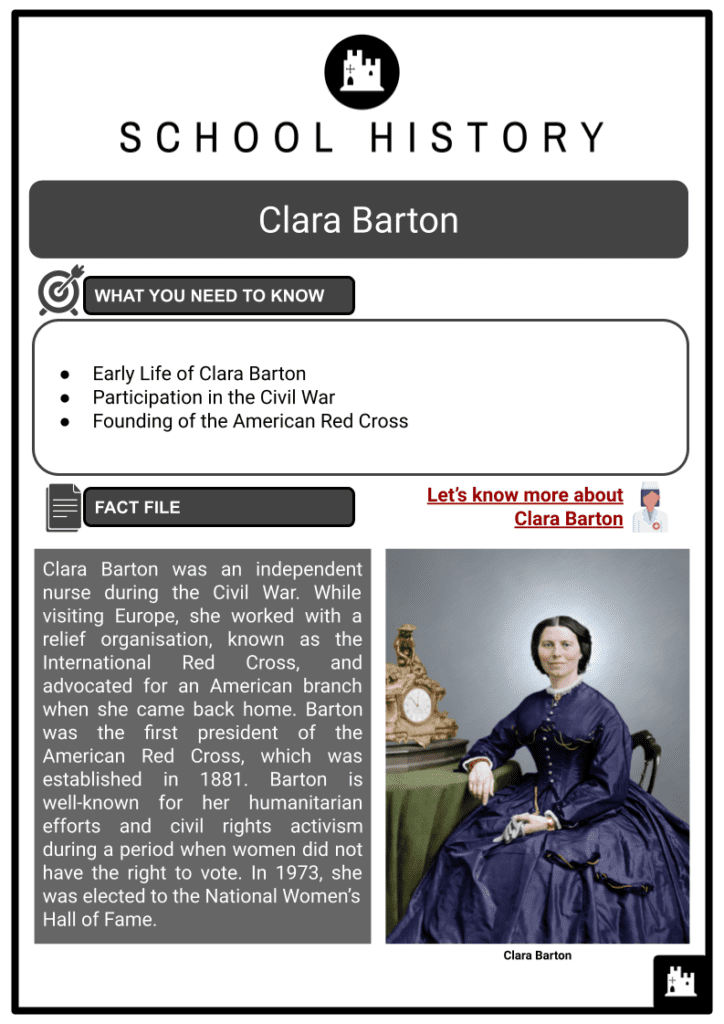 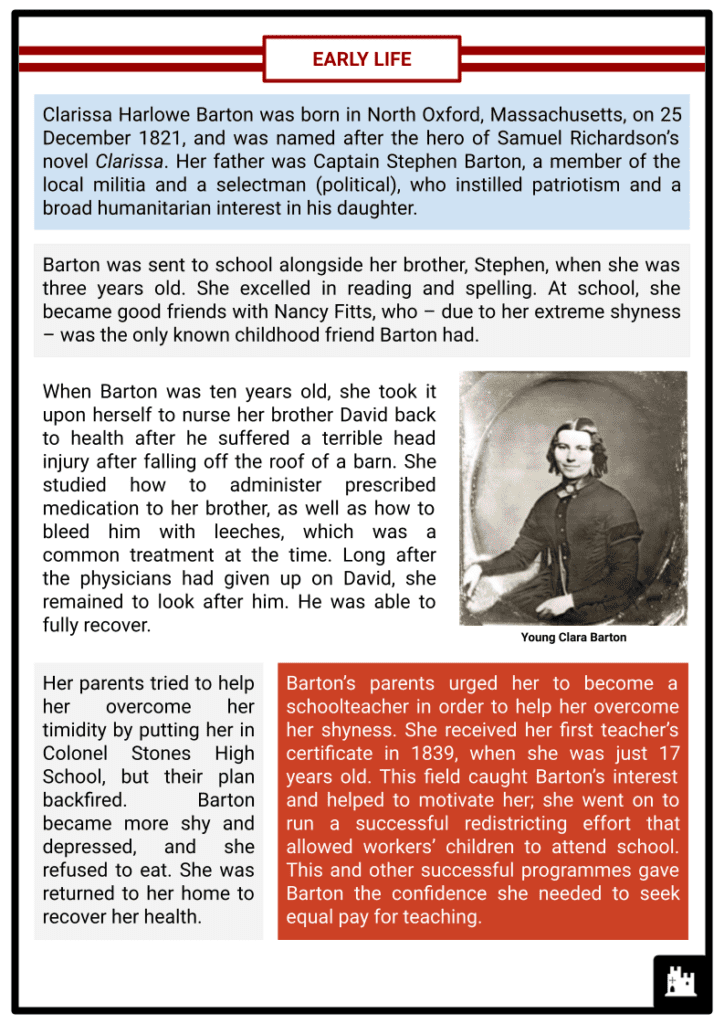 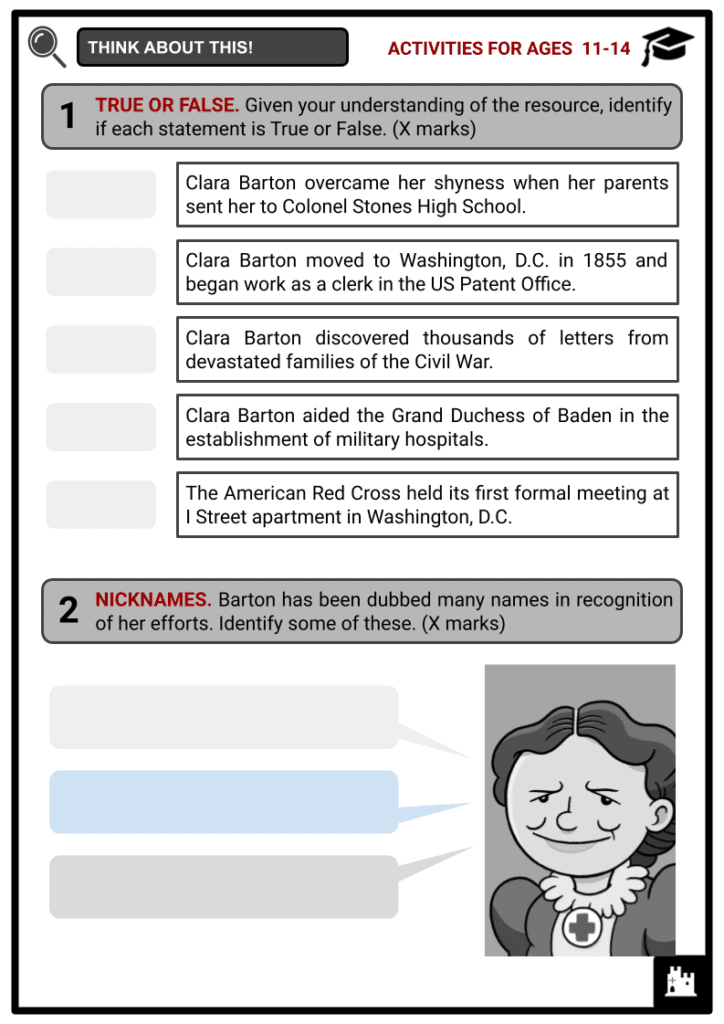 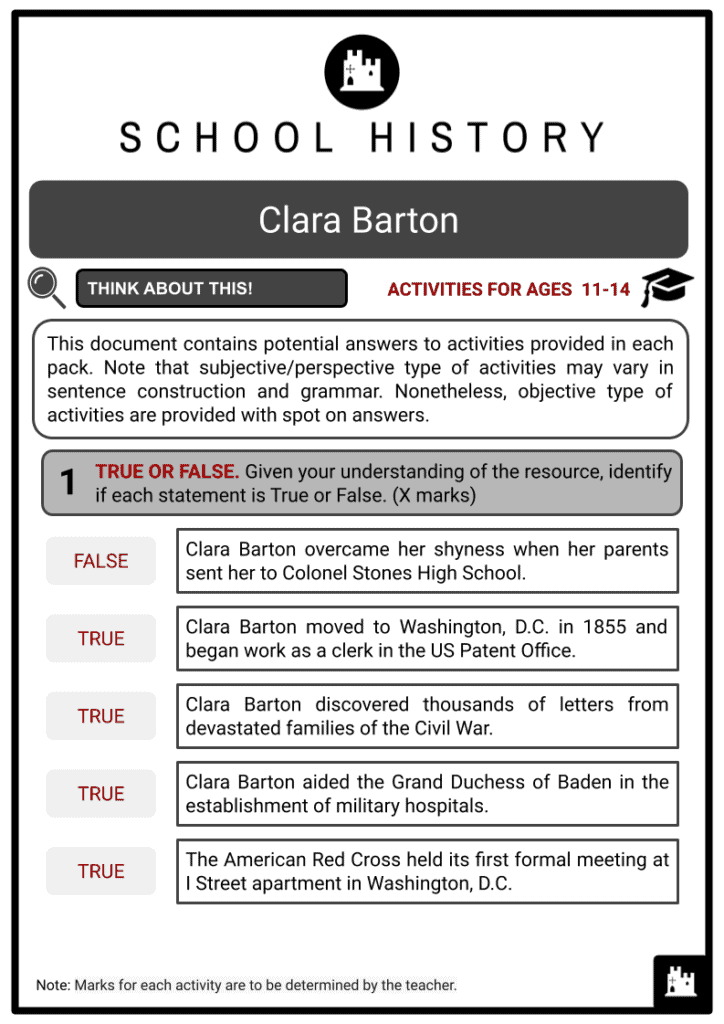 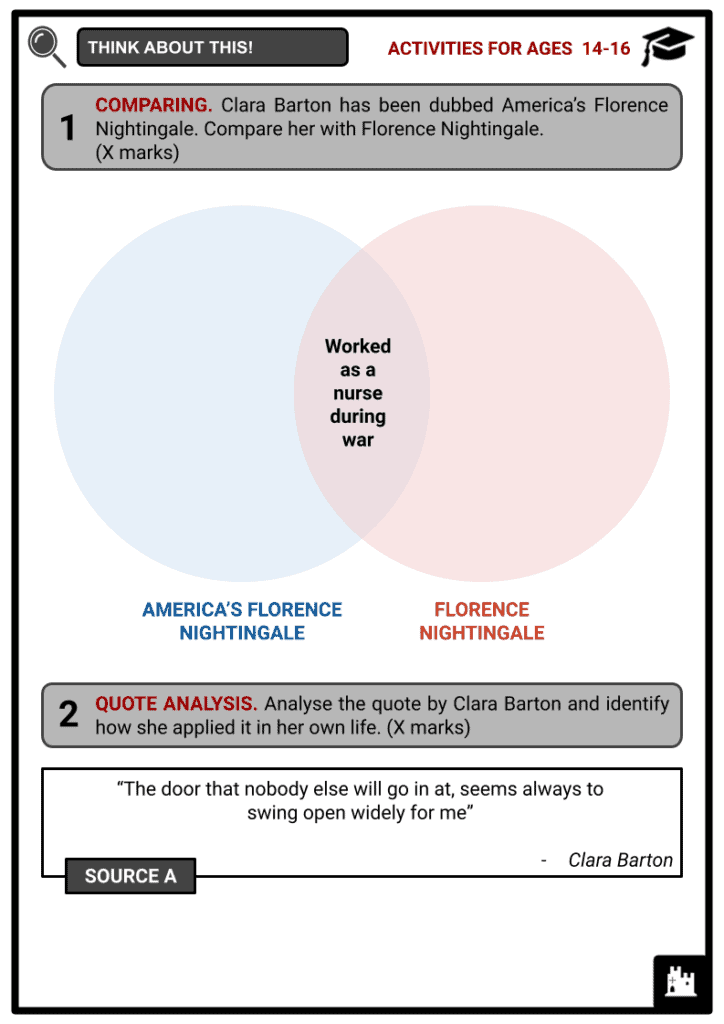 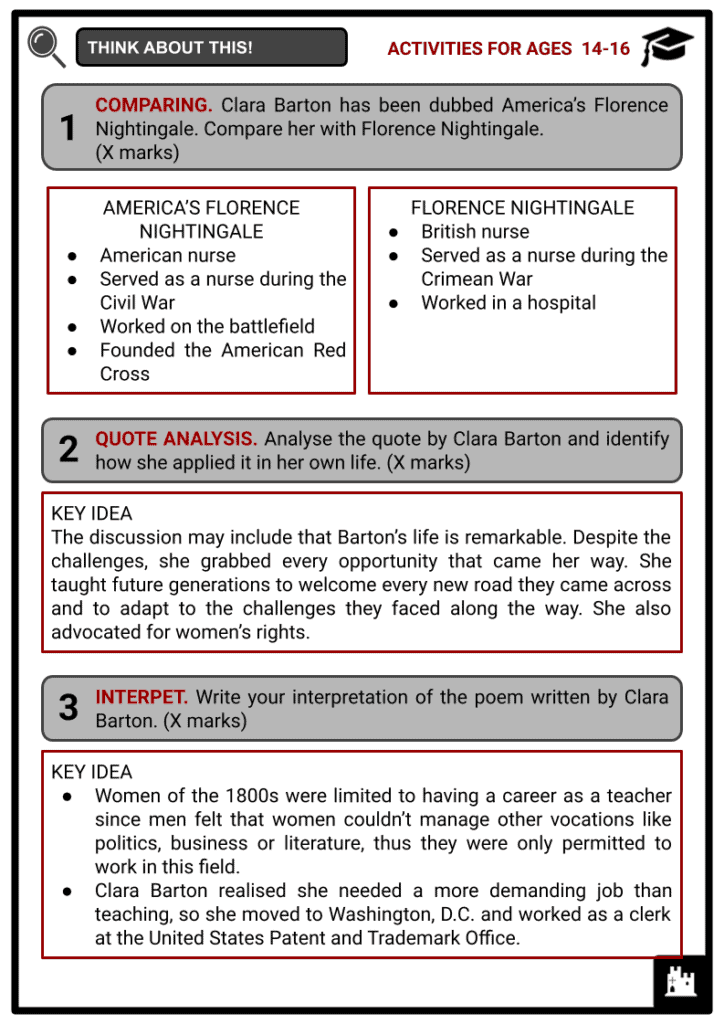 Clara Barton was an independent nurse during the Civil War. While visiting Europe, she worked with a relief organisation, known as the International Red Cross, and advocated for an American branch when she came back home. Barton was the first president of the American Red Cross, which was established in 1881. Barton is well-known for her humanitarian efforts and civil rights activism during a period when women did not have the right to vote. In 1973, she was elected to the National Women’s Hall of Fame.

Participation in the Civil War

Founding of the American Red Cross