Do you want to save dozens of hours in time? Get your evenings and weekends back? Be able to teach The Cuban Missile Crisis to your students? 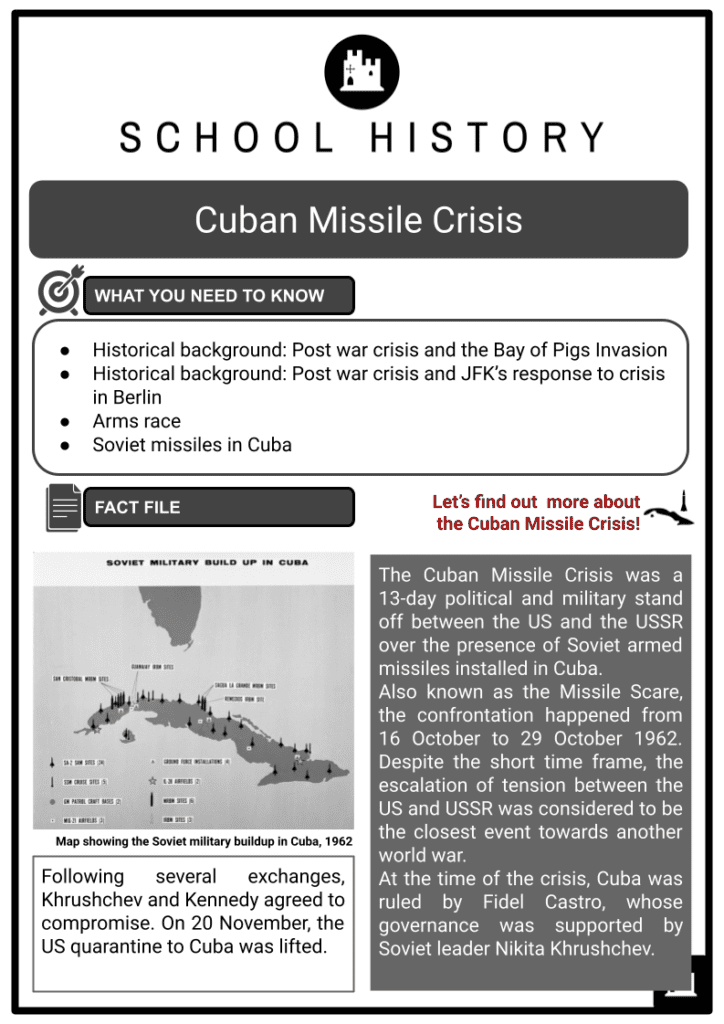 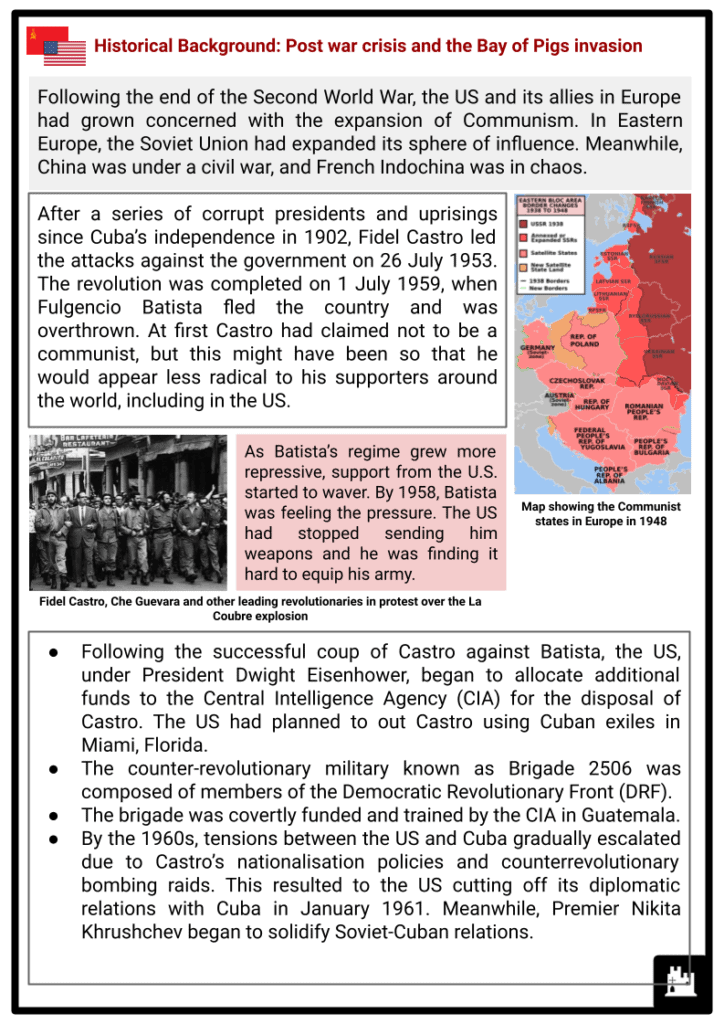 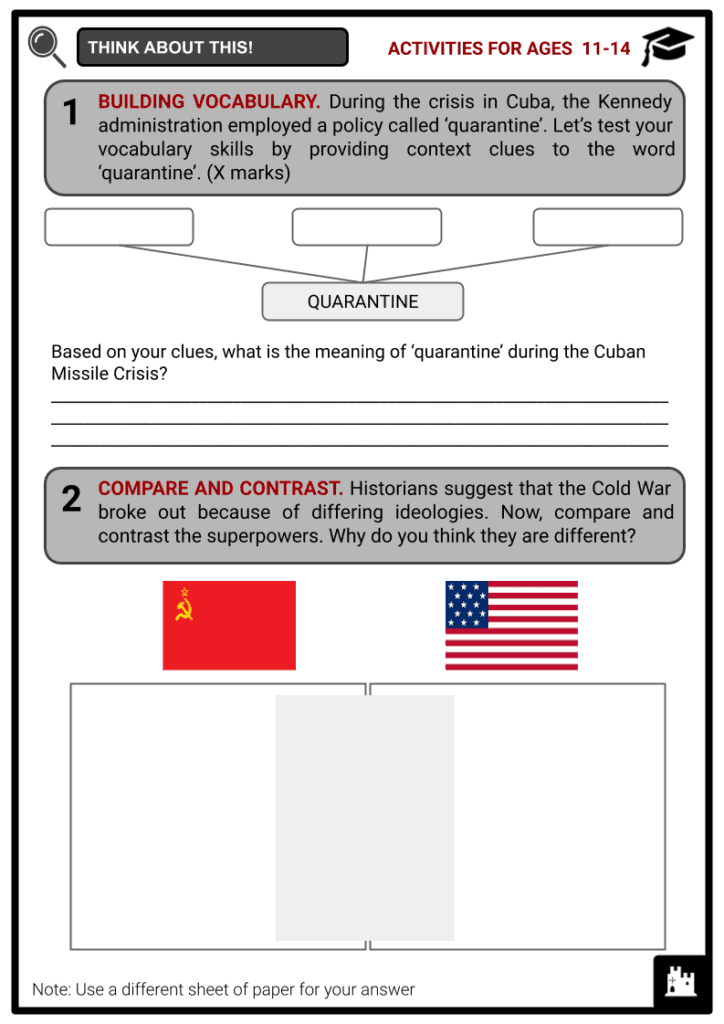 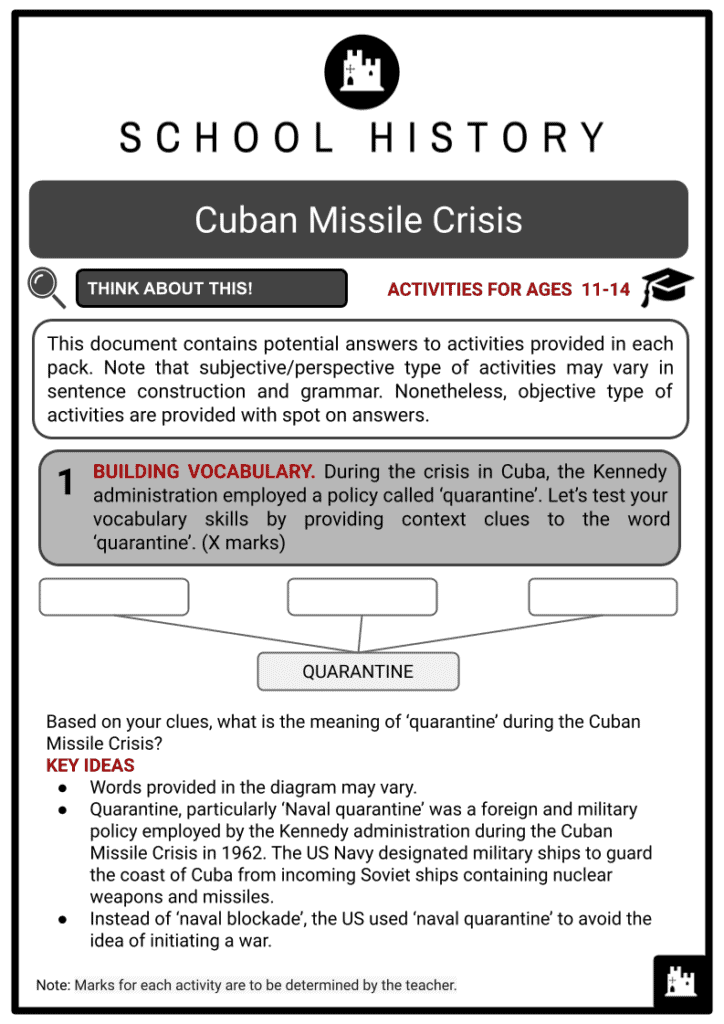 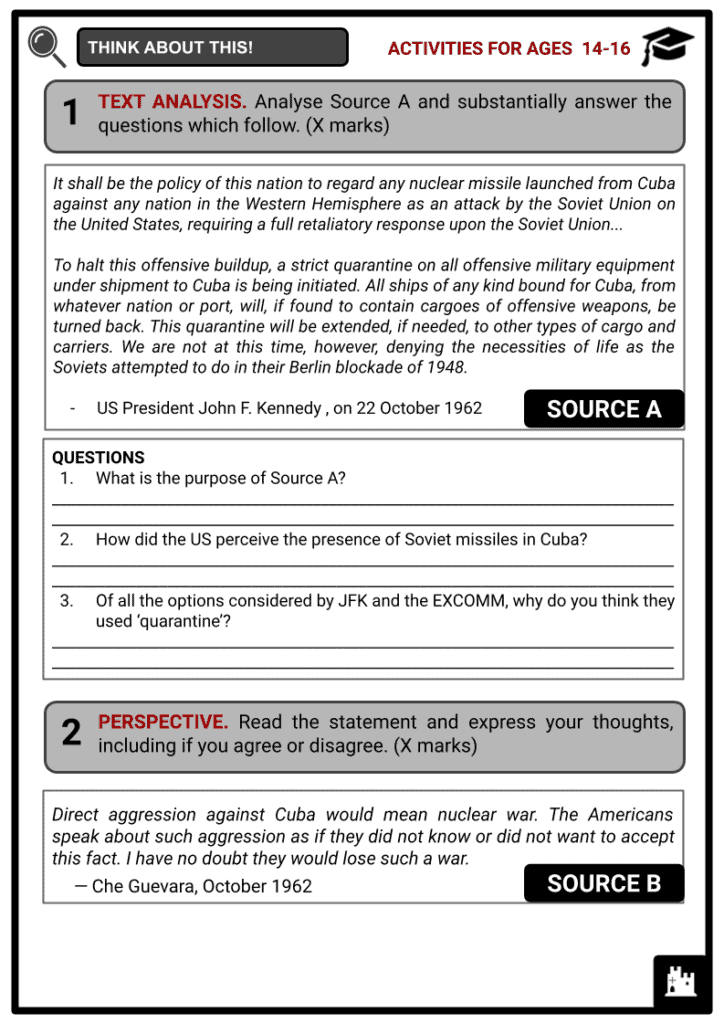 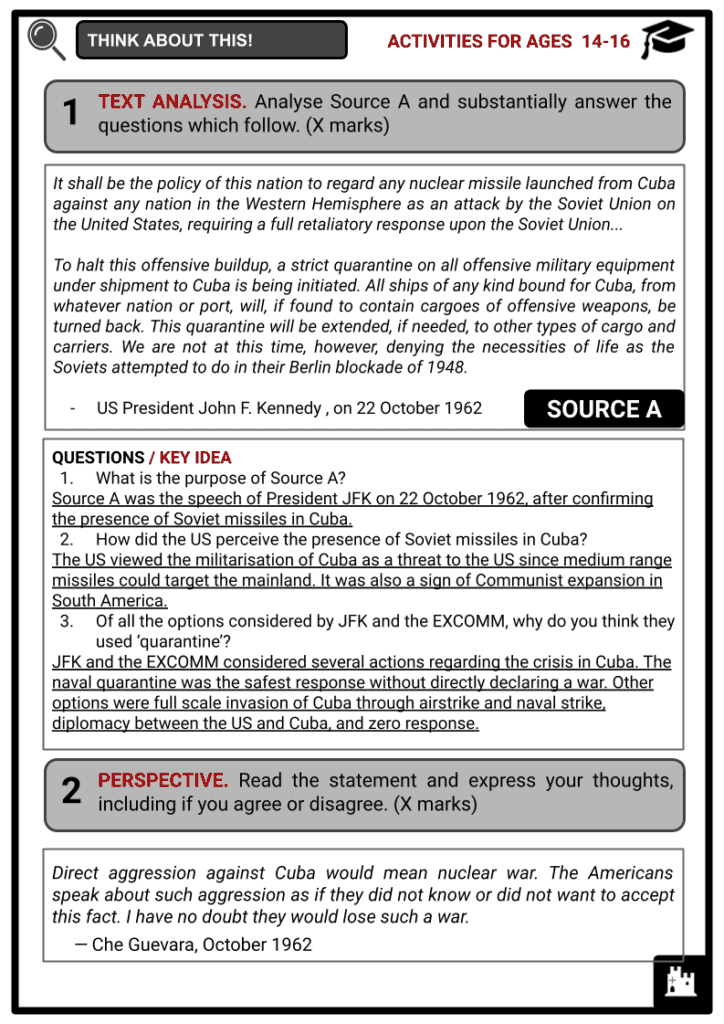 Let’s find out more about the Cuban Missile Crisis!

"I know for certain that Kennedy doesn't have a strong background, nor, generally speaking, does he have the courage to stand up to a serious challenge." - Nikita Khrushchev on JFK’s response to the Berlin Crisis

Mr. President, we and you ought not now to pull on the ends of the rope in which you have tied the knot of war, because the more the two of us pull, the tighter that knot will be tied. And a moment may come when that knot will be tied so tight that even he who tied it will not have the strength to untie it, and then it will be necessary to cut that knot, and what that would mean is not for me to explain to you, because you yourself understand perfectly of what terrible forces our countries dispose.

Consequently, if there is no intention to tighten that knot and thereby to doom the world to the catastrophe of thermonuclear war, then let us not only relax the forces pulling on the ends of the rope, let us take measures to untie that knot. We are ready for this.