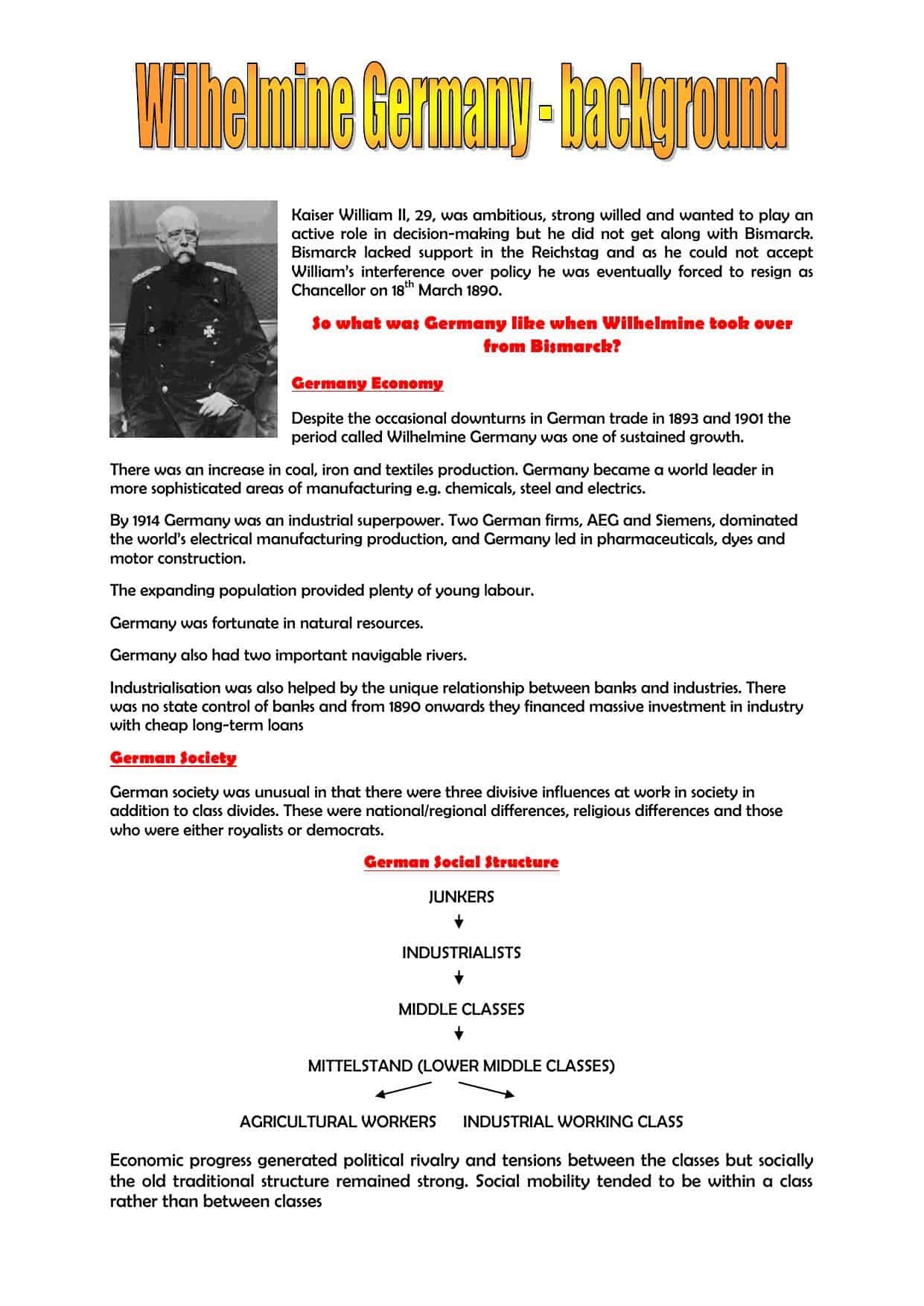 Kaiser William II, 29, was ambitious, strong willed and wanted to play an active role in decision-making but he did not get along with Bismarck. Bismarck lacked support in the Reichstag and as he could not accept William’s interference over policy he was eventually forced to resign as Chancellor on 18th March 1890.
So what was Germany like when Wilhelmine took over from Bismarck?

Germany Economy
Despite the occasional downturns in German trade in 1893 and 1901 the period called Wilhelmine Germany was one of sustained growth.

There was an increase in coal, iron and textiles production. Germany became a world leader in more sophisticated areas of manufacturing e.g. chemicals, steel and electrics.
By 1914 Germany was an industrial superpower. Two German firms, AEG and Siemens, dominated the world’s electrical manufacturing production, and Germany led in pharmaceuticals, dyes and motor construction.