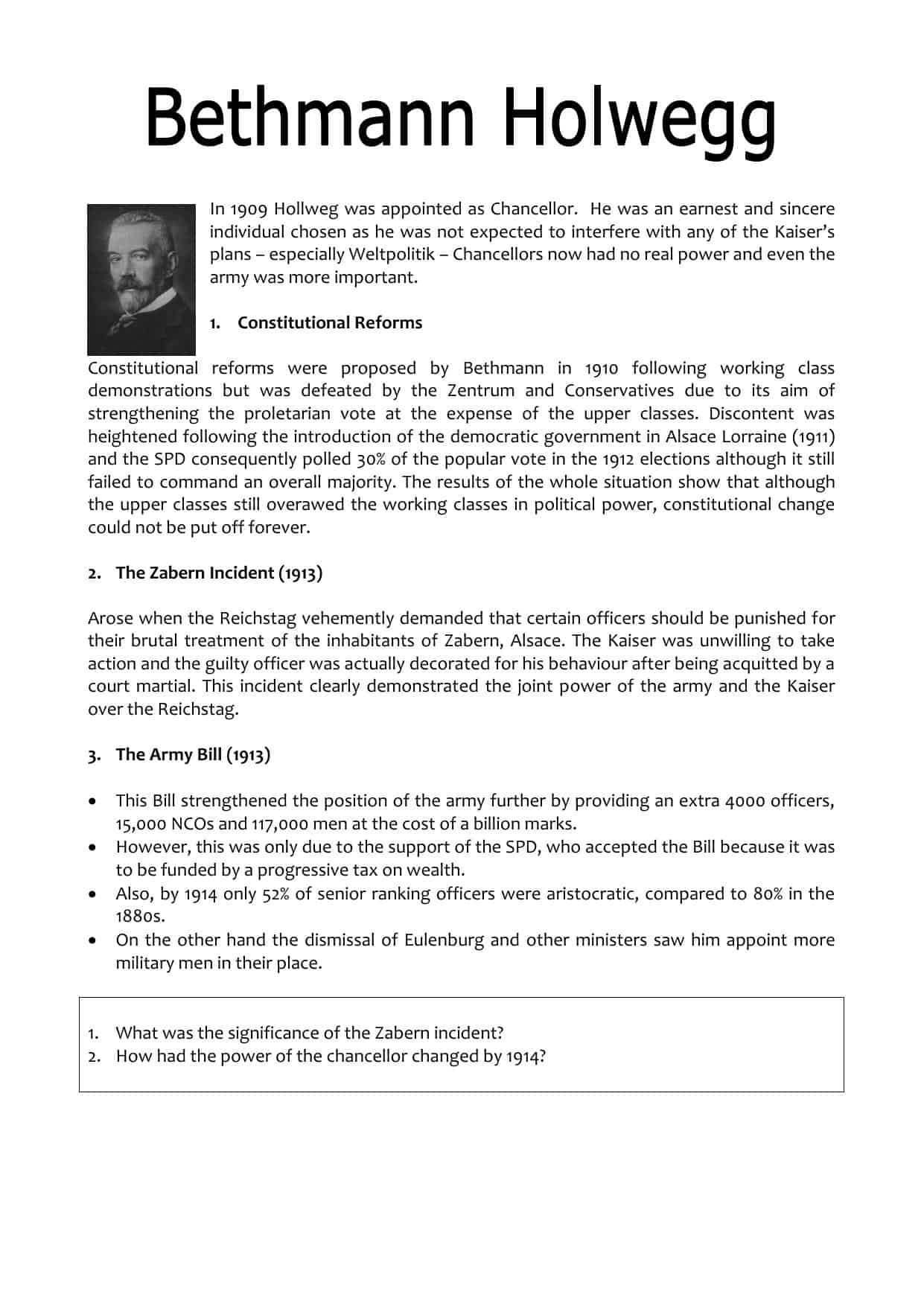 In 1909 Hollweg was appointed as Chancellor. He was an earnest and sincere individual chosen as he was not expected to interfere with any of the Kaiser’s plans – especially Weltpolitik – Chancellors now had no real power and even the army was more important.

1. Constitutional Reforms
Constitutional reforms were proposed by Bethmann in 1910 following working class demonstrations but was defeated by the Zentrum and Conservatives due to its aim of strengthening the proletarian vote at the expense of the upper classes. Discontent was heightened following the introduction of the democratic government in Alsace Lorraine (1911) and the SPD consequently polled 30% of the popular vote in the 1912 elections although it still failed to command an overall majority. The results of the whole situation show that although the upper classes still overawed the working classes in political power, constitutional change could not be put off forever.

2. The Zabern Incident (1913)
Arose when the Reichstag vehemently demanded that certain officers should be punished for their brutal treatment of the inhabitants of Zabern, Alsace. The Kaiser was unwilling to take action and the guilty officer was actually decorated for his behaviour after being acquitted by a court martial. This incident clearly demonstrated the joint power of the army and the Kaiser over the Reichstag.