Do you want to save dozens of hours in time? Get your evenings and weekends back? Be able to teach about the July Crisis to your students? 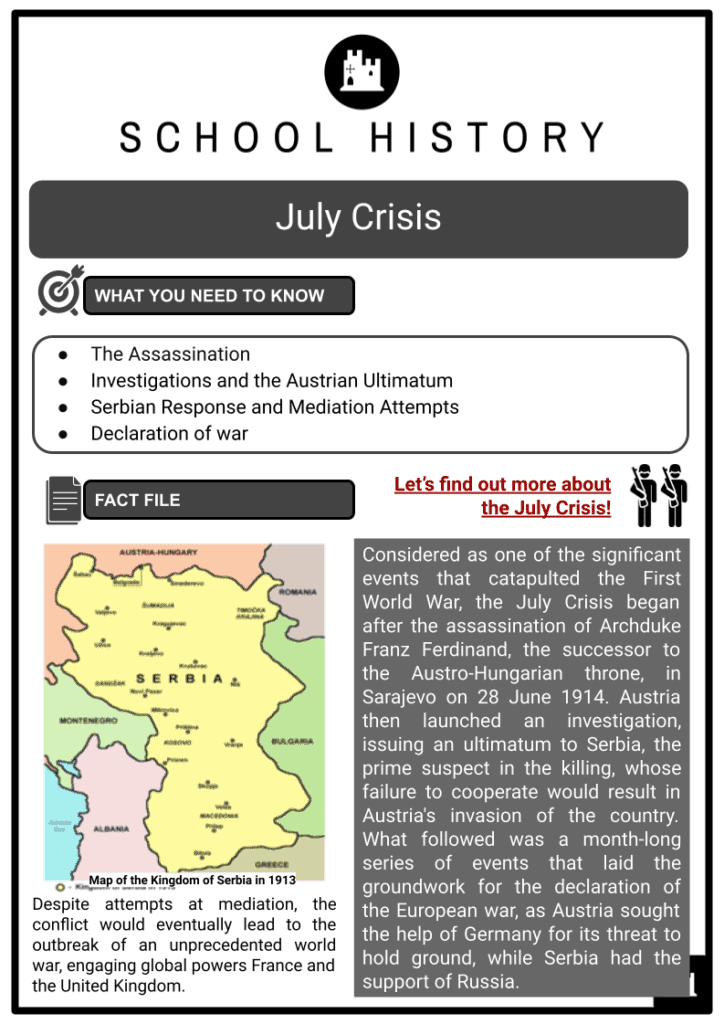 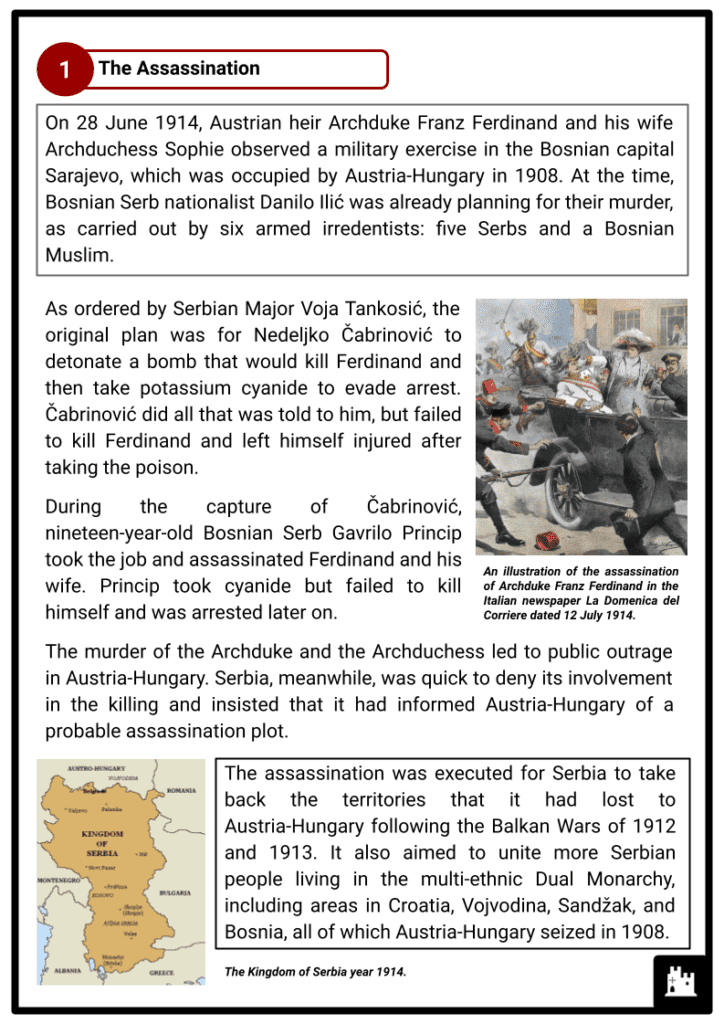 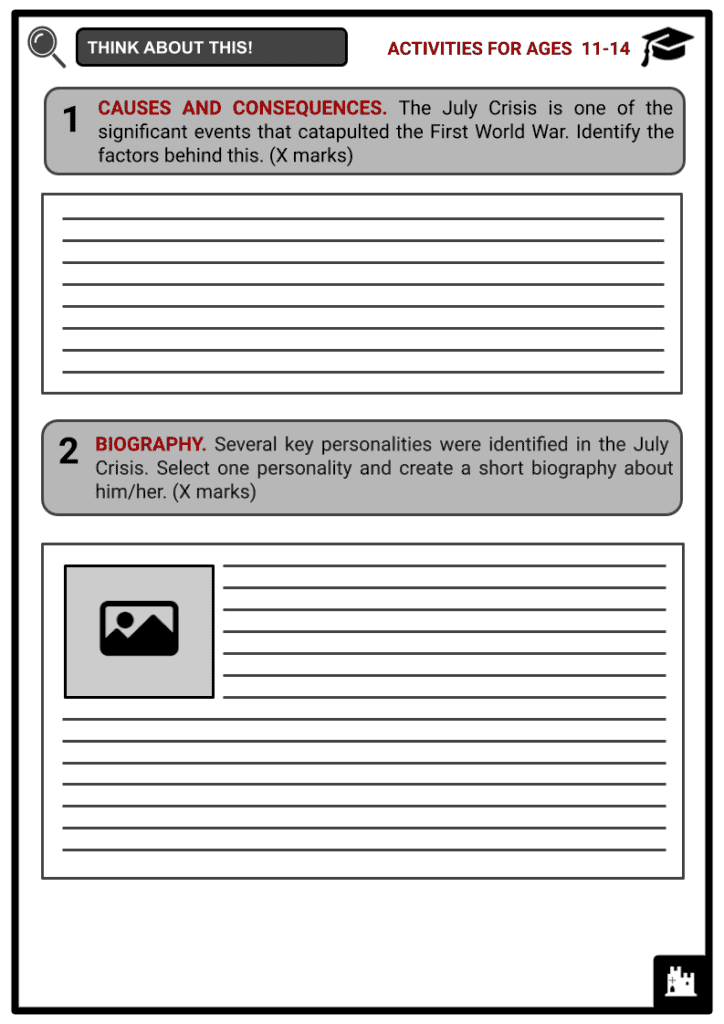 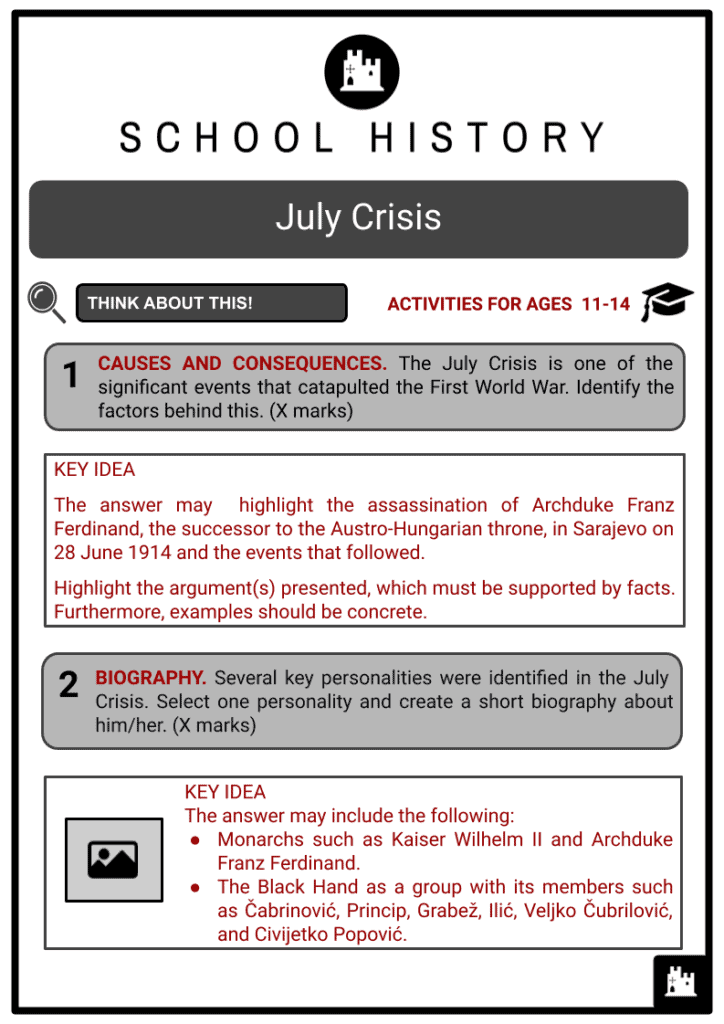 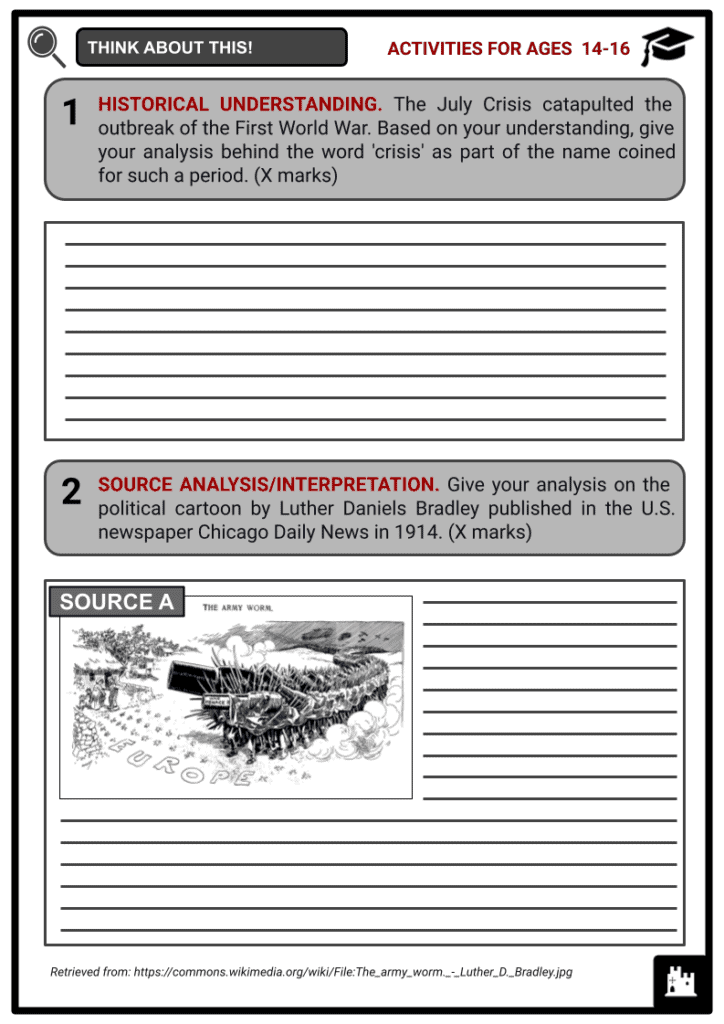 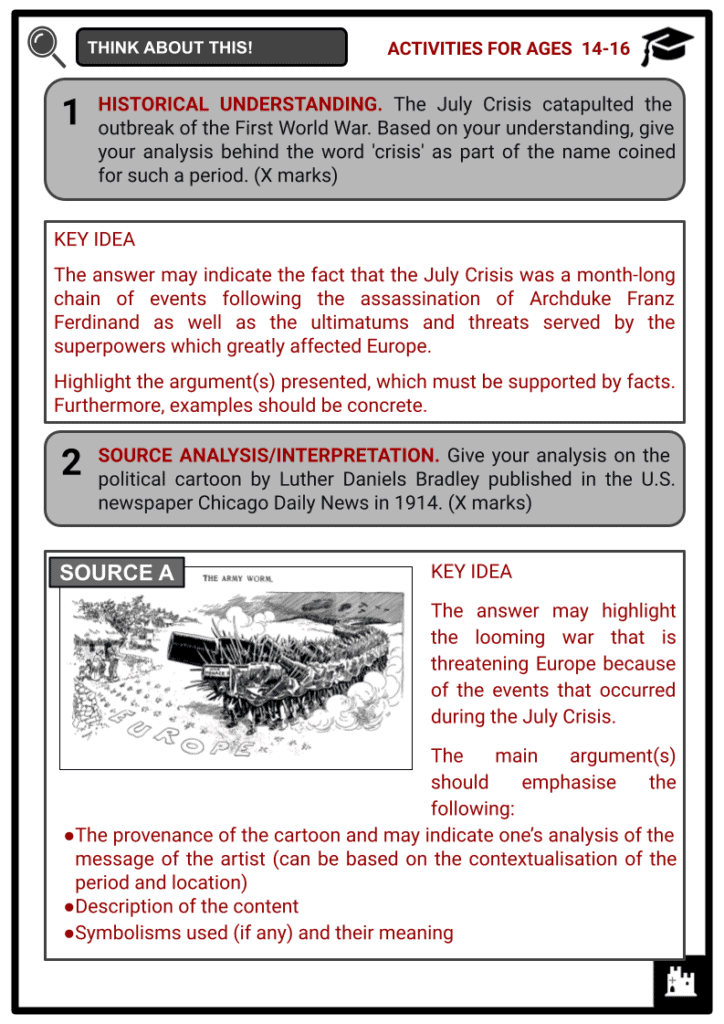 Let’s find out more about the July Crisis!

Considered as one of the significant events that catapulted the First World War, the July Crisis began after the assassination of Archduke Franz Ferdinand, the successor to the Austro-Hungarian throne, in Sarajevo on 28 June 1914. Austria then launched an investigation, issuing an ultimatum to Serbia, the prime suspect in the killing, whose failure to cooperate would result in Austria's invasion of the country. What followed was a month-long series of events that laid the groundwork for the declaration of the European war, as Austria sought the help of Germany for its threat to hold ground, while Serbia had the support of Russia.

Investigations and the Austrian Ultimatum