Do you want to save dozens of hours in time? Get your evenings and weekends back? Be able to teach about the Korean War 1950-1953 to your students? 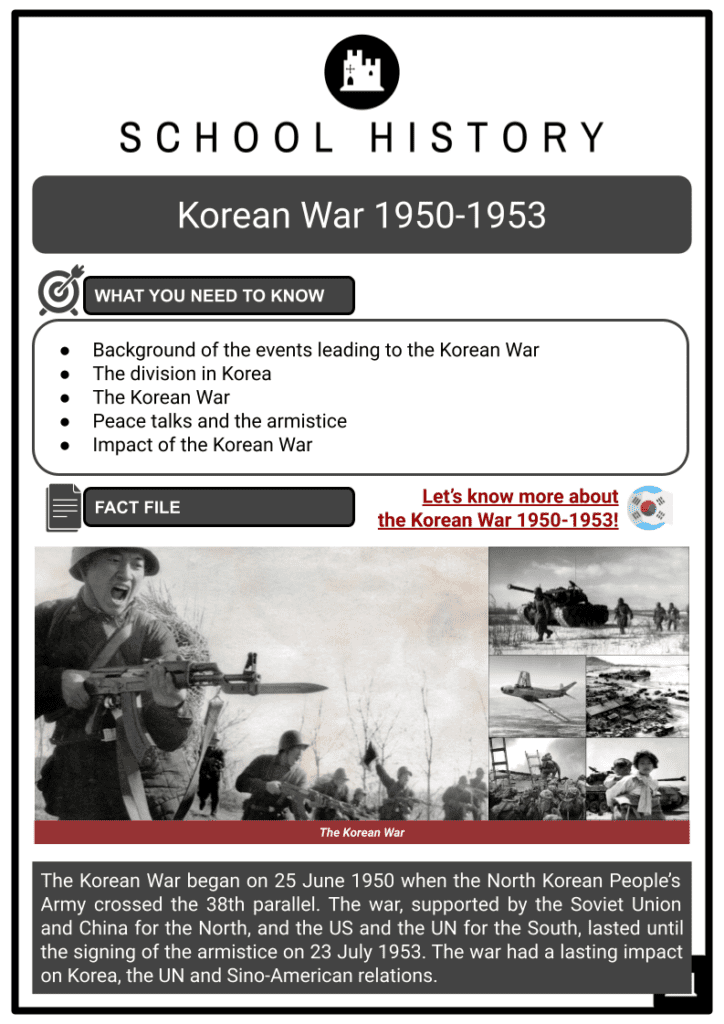 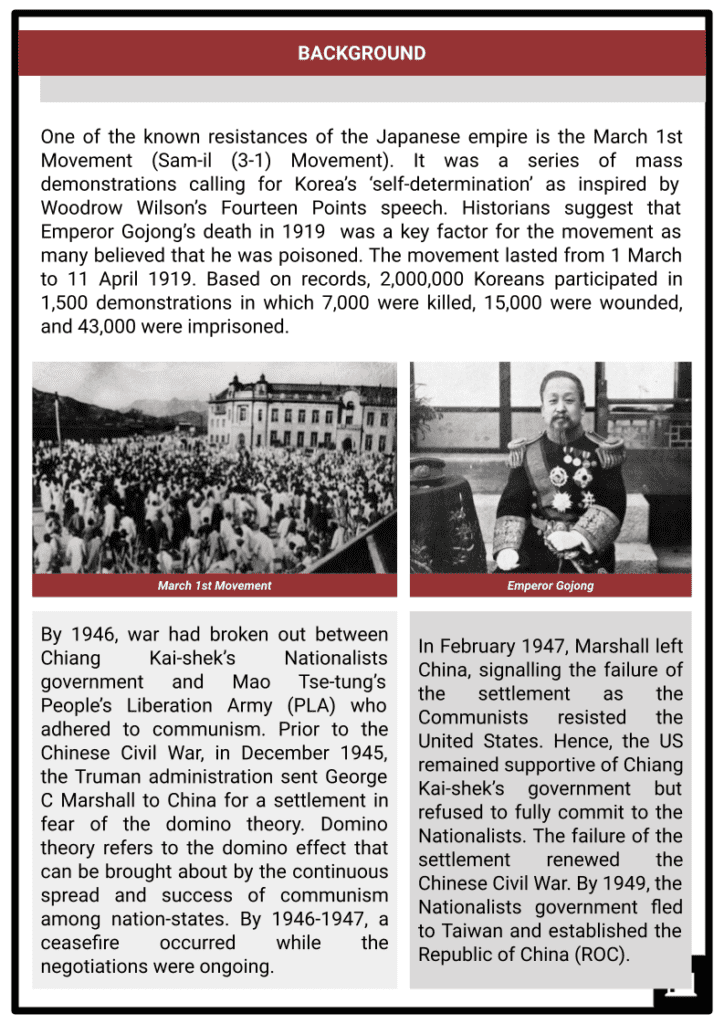 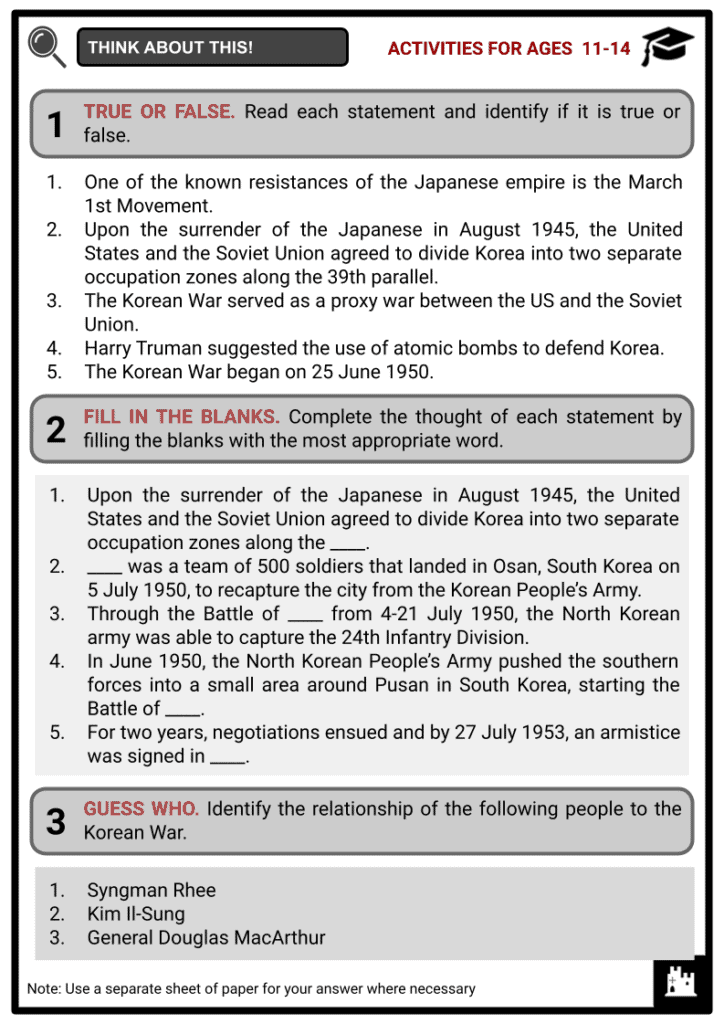 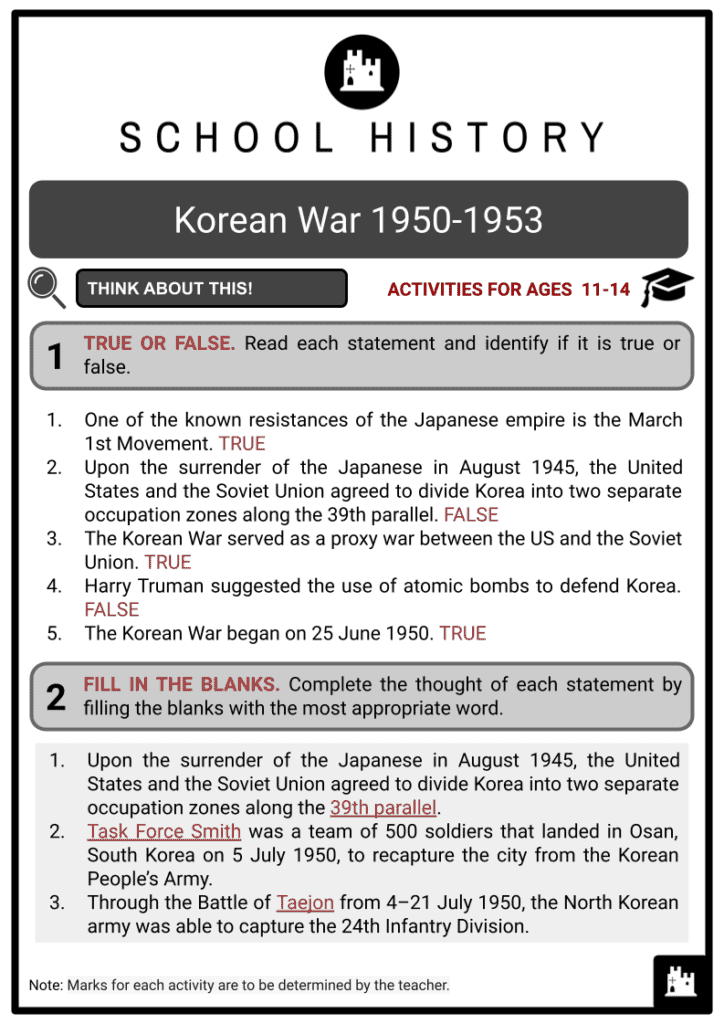 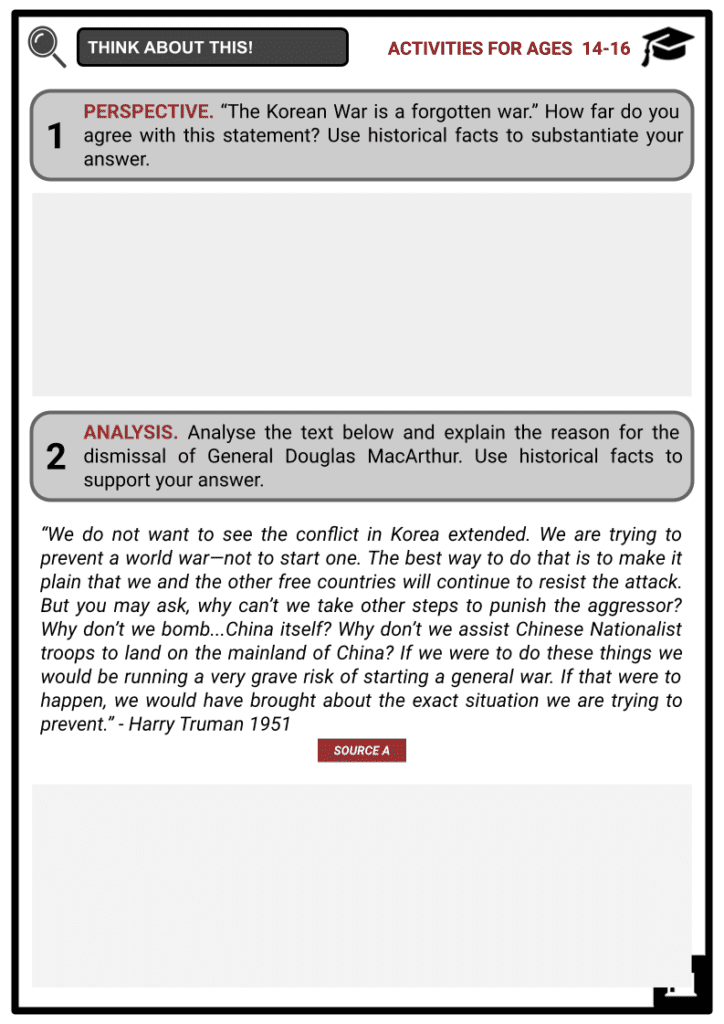 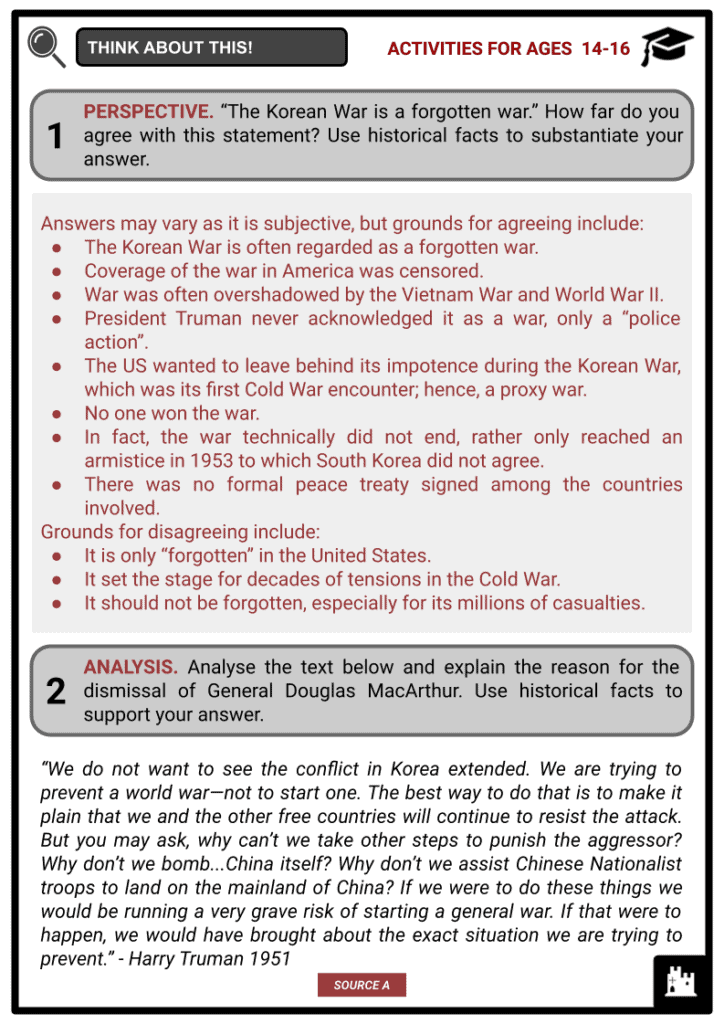 The Korean War began on 25 June 1950 when the North Korean People’s Army crossed the 38th parallel. The war, supported by the Soviet Union and China for the North, and the US and the UN for the South, lasted until the signing of the armistice on 23 July 1953. The war had a lasting impact on Korea, the UN and Sino-American relations.

The Division of Korea

Upon the surrender of the Japanese in August 1945, the United States and the Soviet Union agreed to divide Korea into two separate occupation zones along the 38th parallel.

Peace Talks and the Armistice

Impact of the Korean War