Do you want to save dozens of hours in time? Get your evenings and weekends back? Be able to teach about the National Health Service (NHS) to your students? 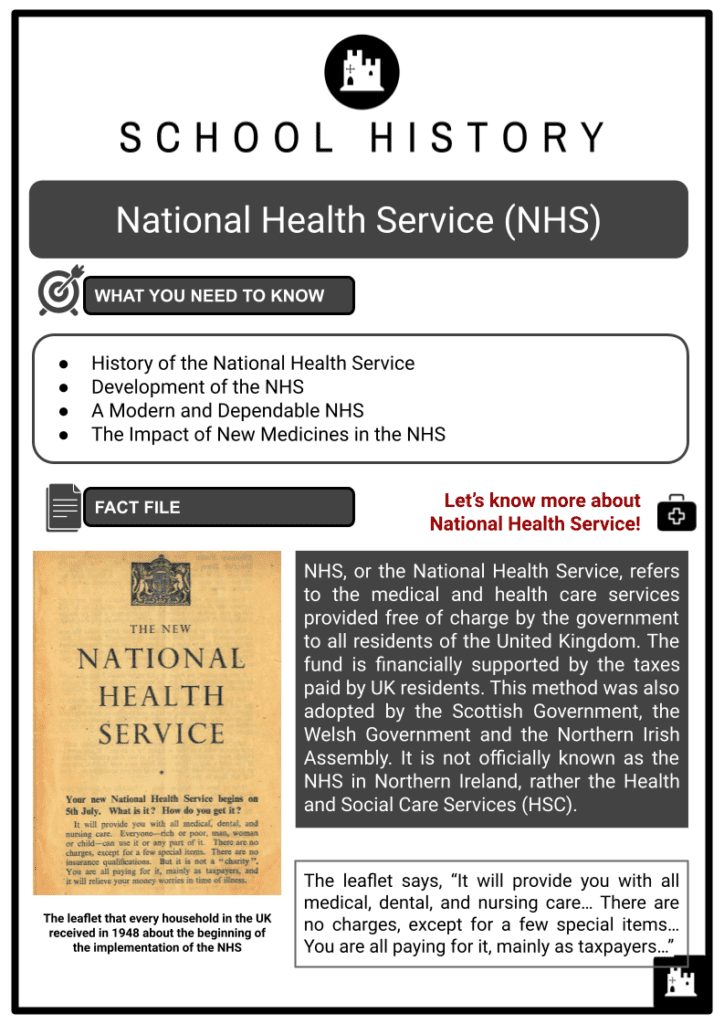 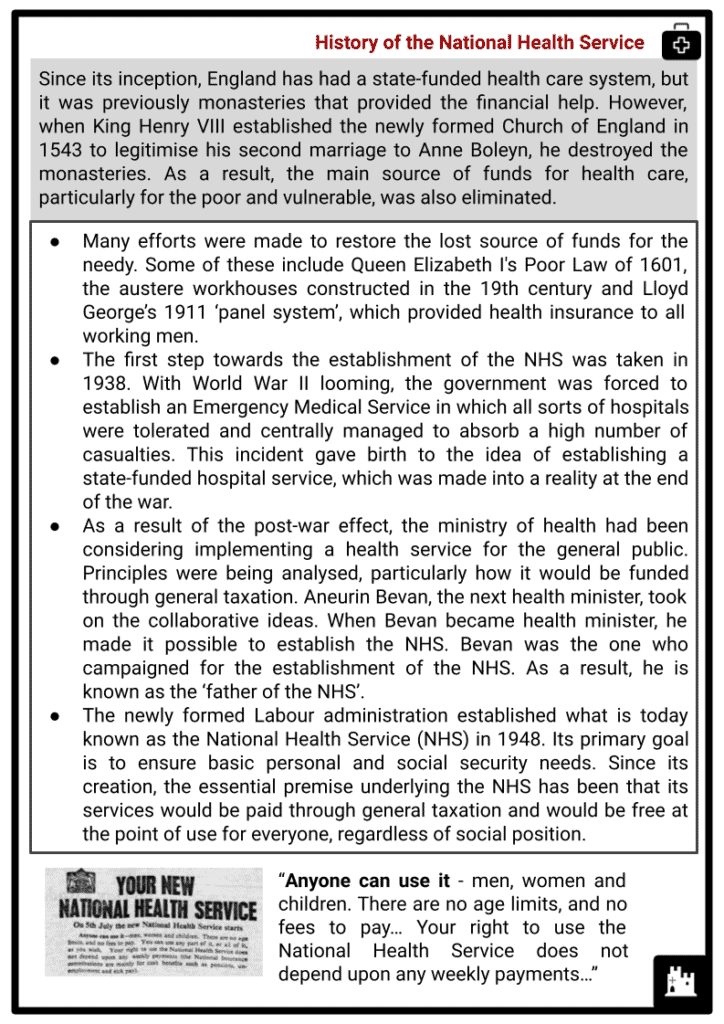 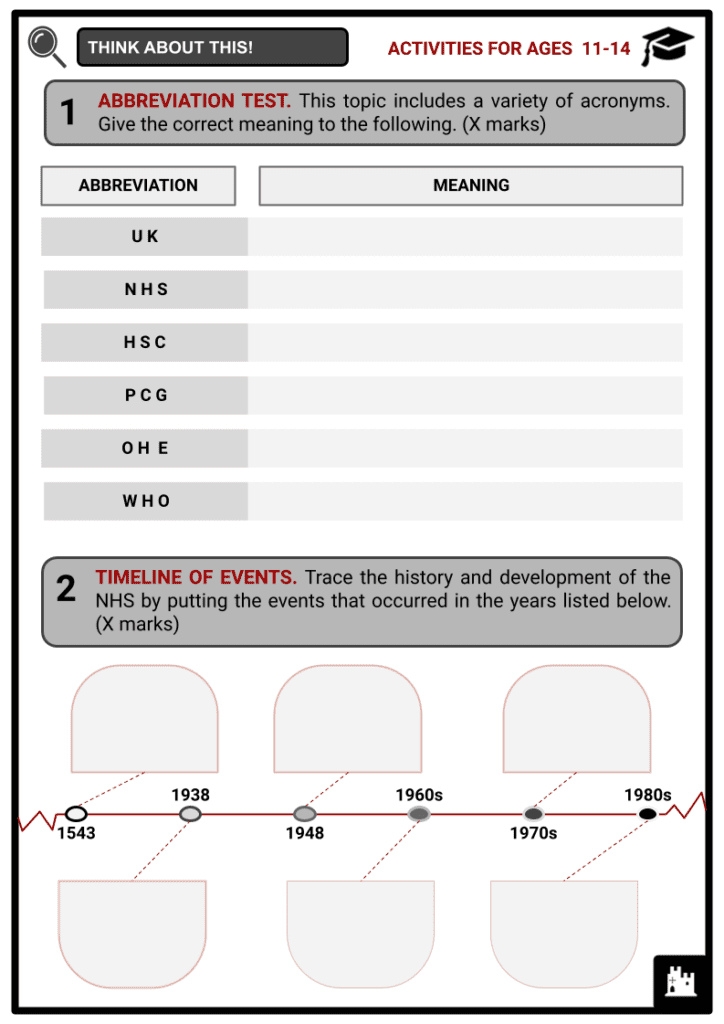 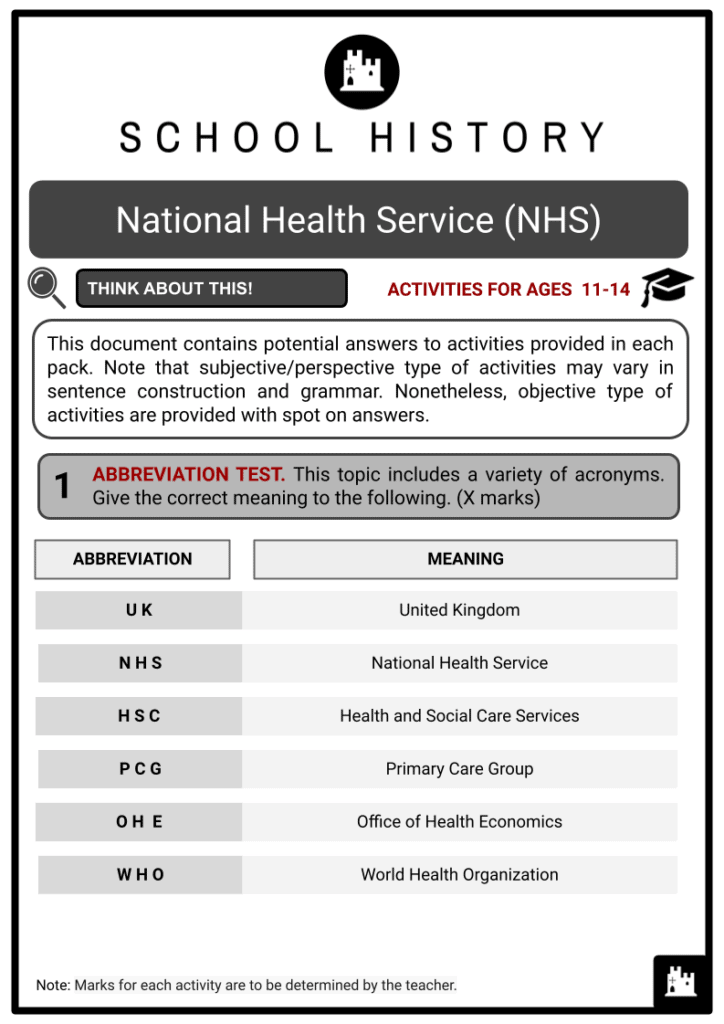 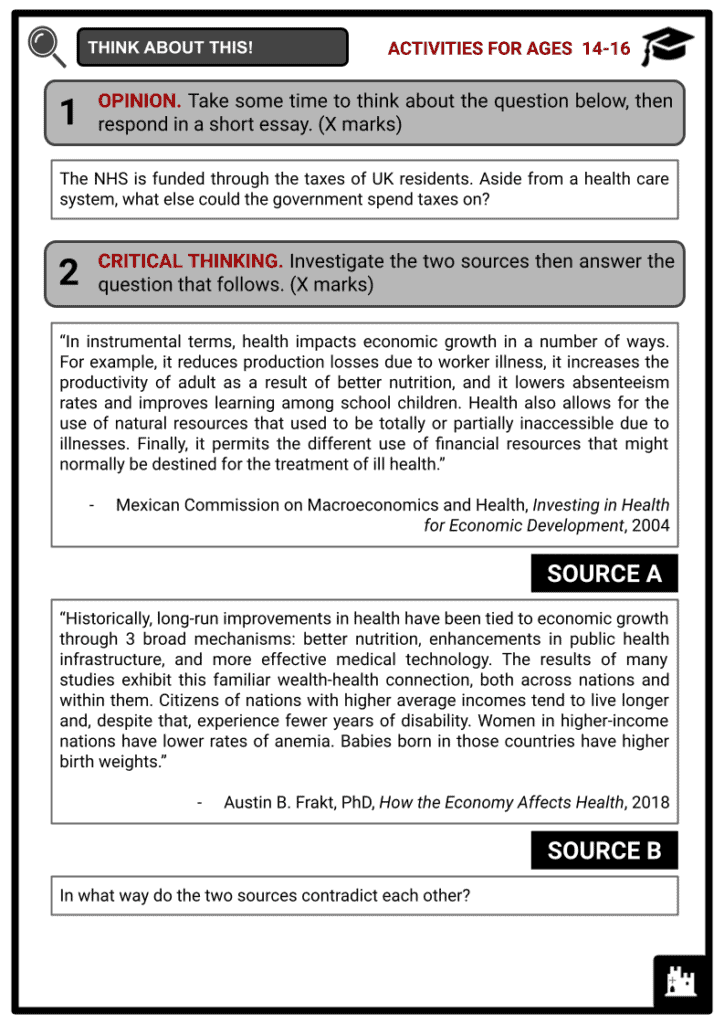 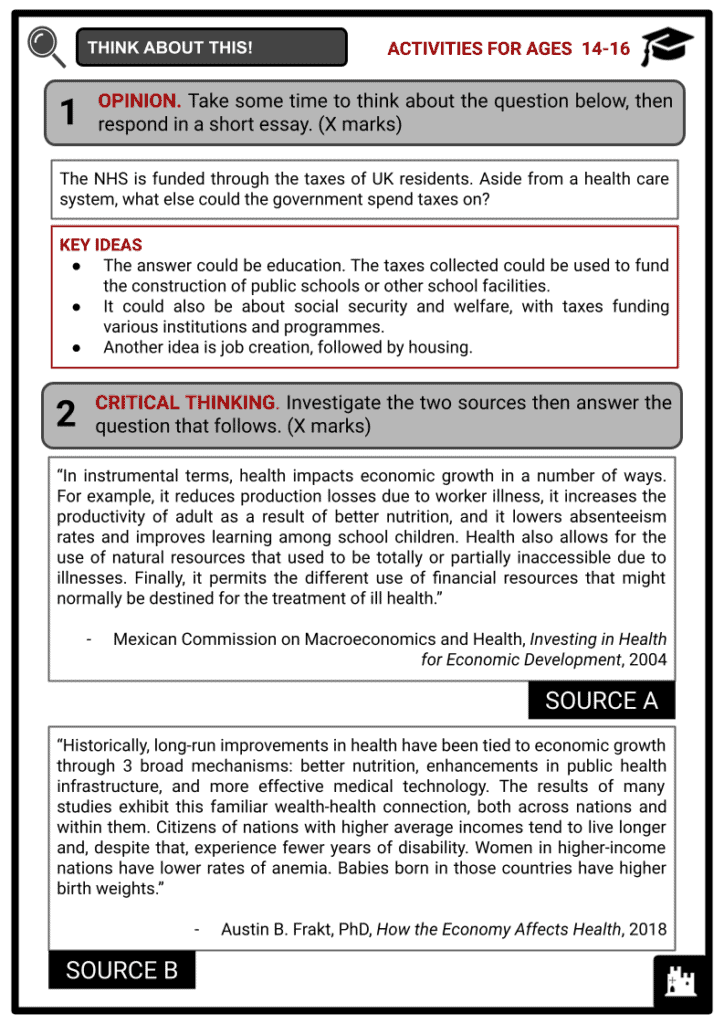 NHS, or the National Health Service, refers to the medical and health care services provided free of charge by the government to all residents of the United Kingdom. The fund is financially supported by the taxes paid by UK residents. This method was also adopted by the Scottish Government, the Welsh Government, and the Northern Irish Assembly. It is not officially known as the NHS in Northern Ireland, rather the Health and Social Care Services (HSC).

The leaflet says, “It will provide you with all medical, dental, and nursing care… There are no charges, except for a few special items… You are all paying for it, mainly as taxpayers…”

History of the National Health Service

Development of the NHS

A Modern and Dependable NHS