Do you want to save dozens of hours in time? Get your evenings and weekends back? Be able to teach about the Pact of Steel to your students? 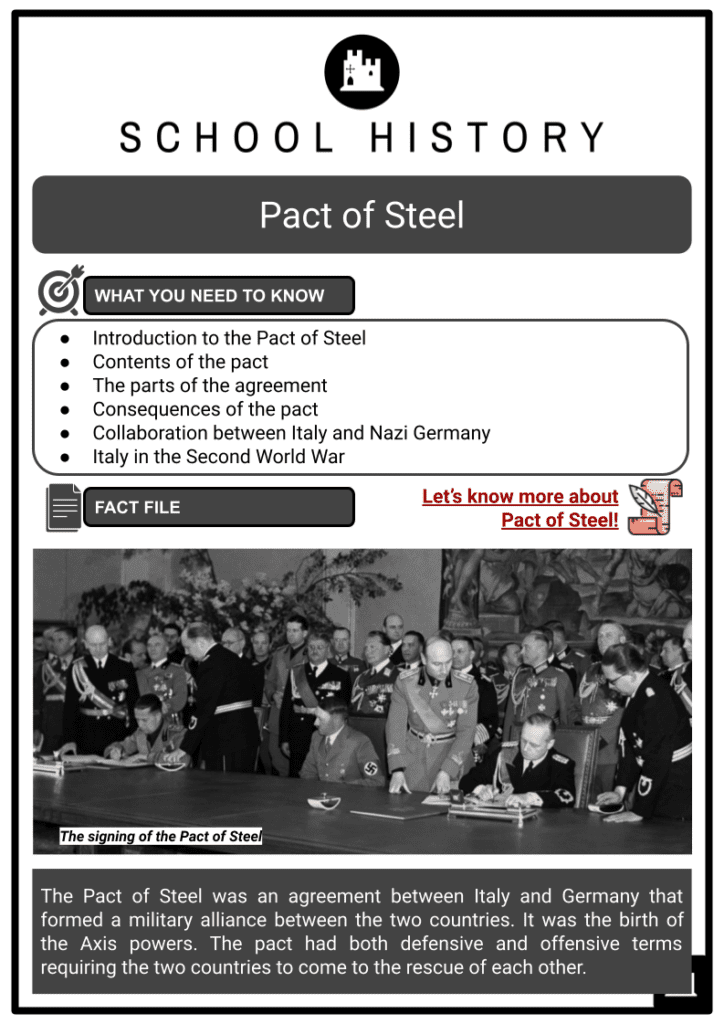 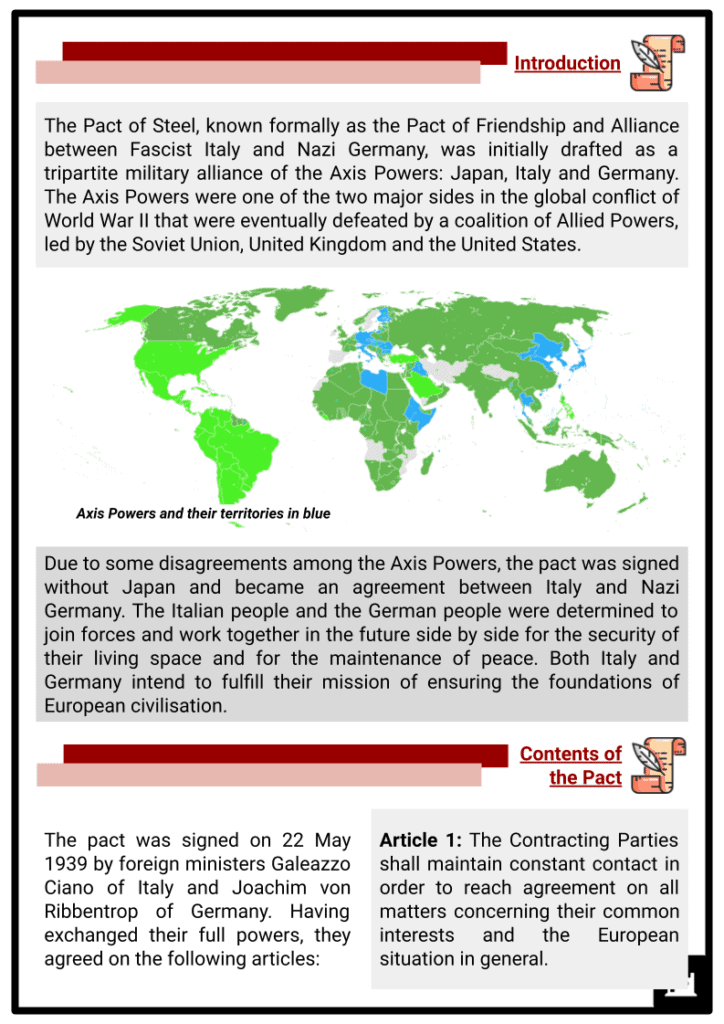 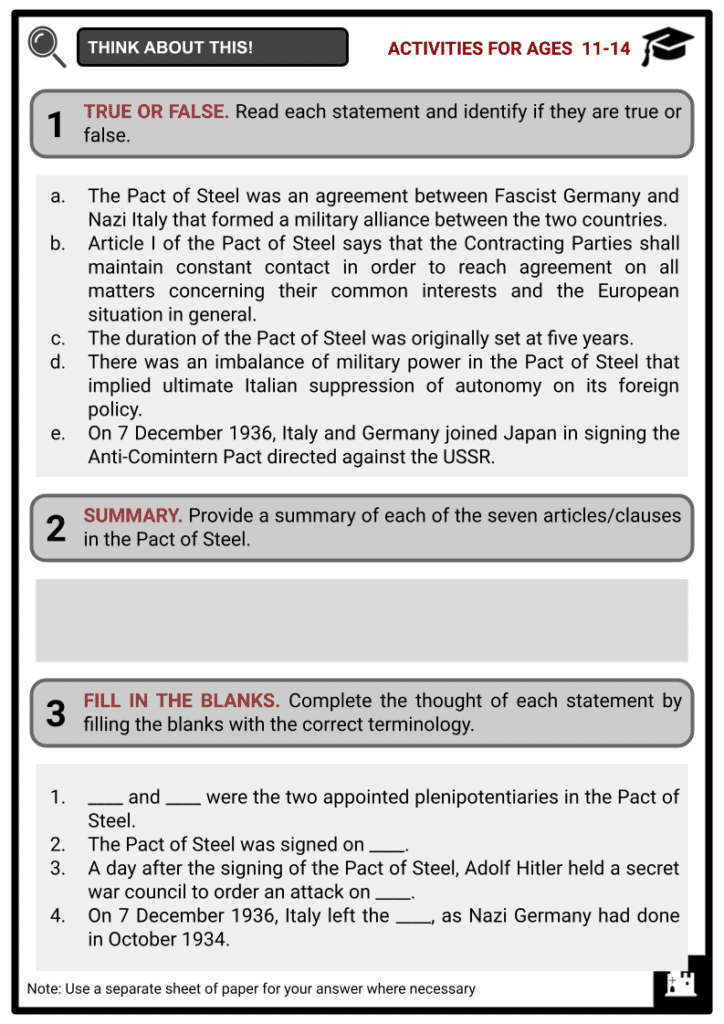 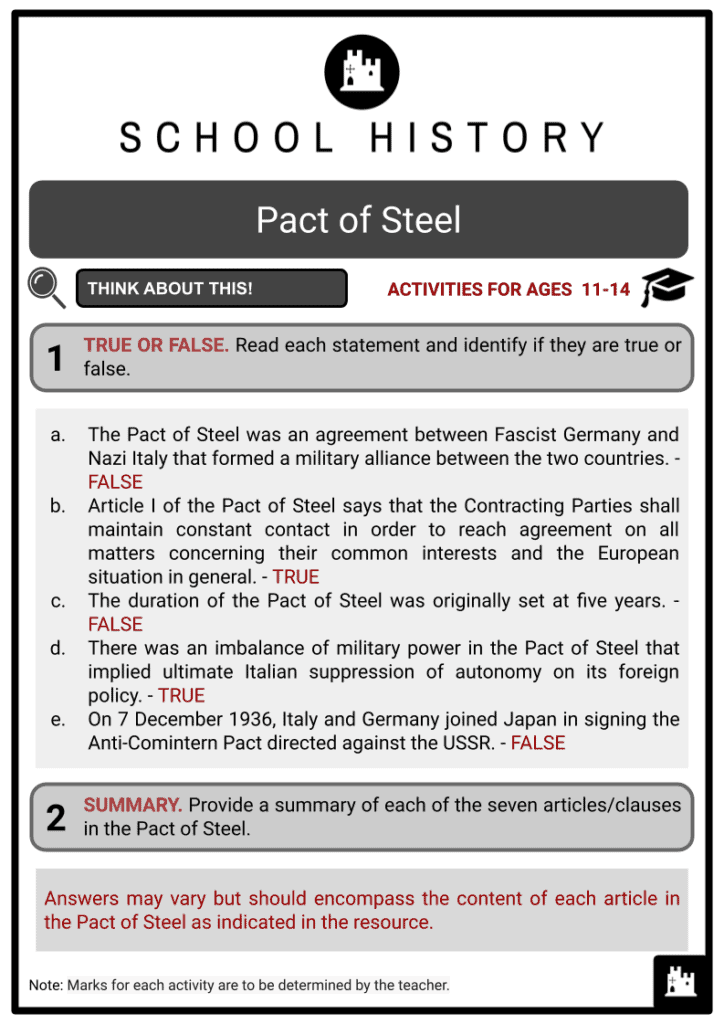 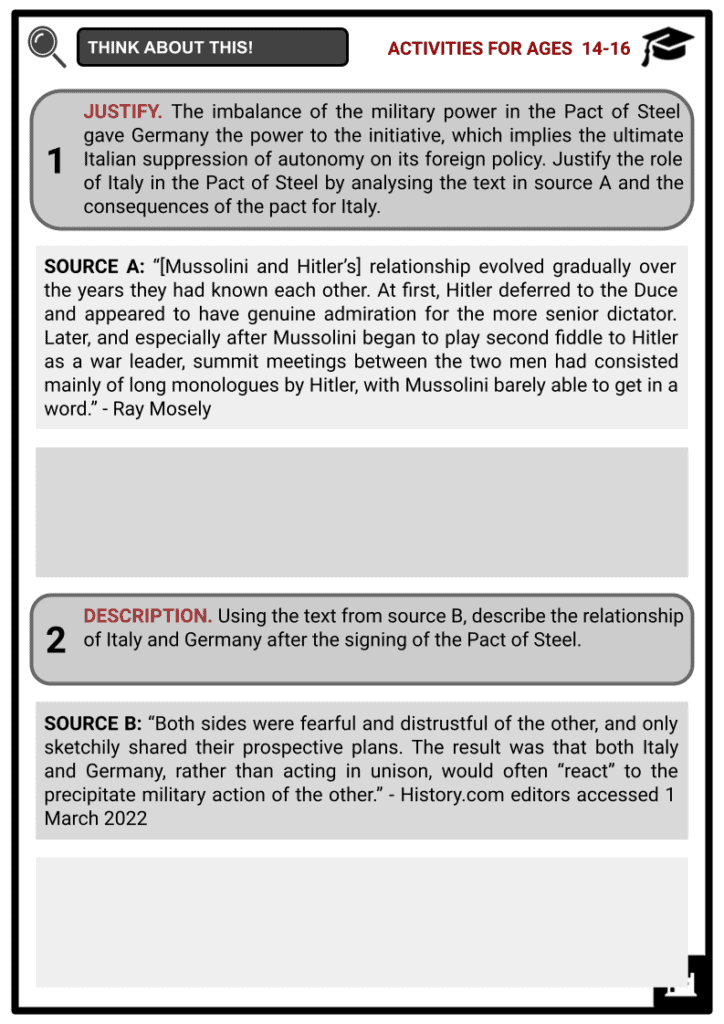 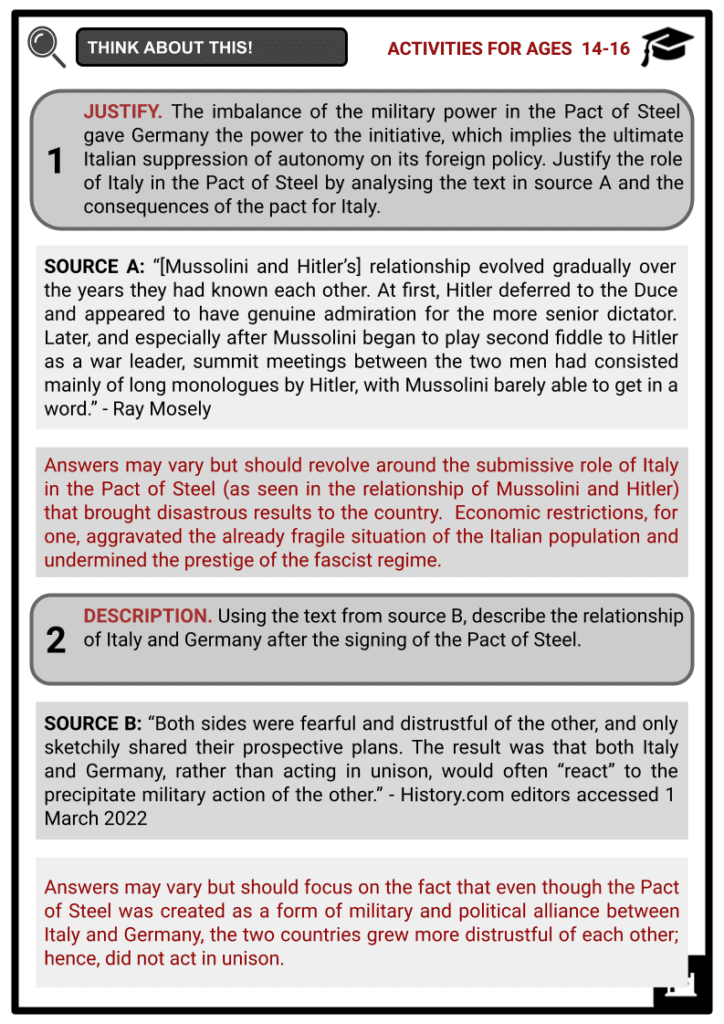 Let’s know more about the Pact of Steel!

The Pact of Steel was an agreement between Italy and Germany that formed a military alliance between the two countries. It was the birth of the Axis powers. The pact had both defensive and offensive terms requiring the two countries to come to the rescue of each other.

Contents of the Pact

The Parts of the Agreement

Collaboration Between Italy and Nazi Germany

Italy in the Second World War