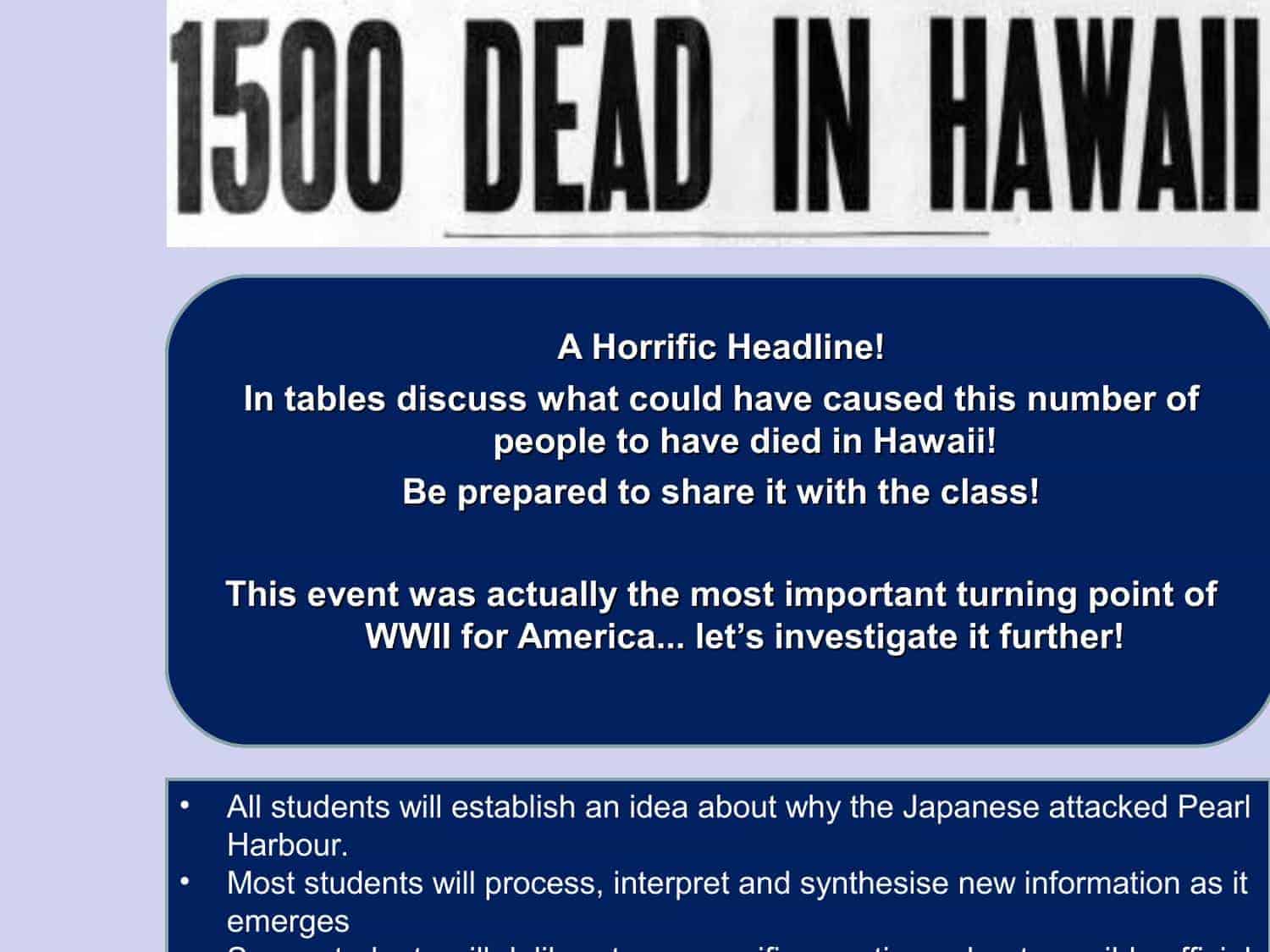 Between 1931-1941 Japan conquered Manchuria, Korea and parts of China. They had their eye on establishing a huge empire in the Pacific whilst America was occupied with Hitler and the war in Europe! But when Japan formed an ‘Axis of Power’ with Germany and Italy in 1941 America decided to intervene in the Pacific – restricting Japan’s access to oil and other natural resources – Japan reacted instantly to this action… by attacking Pearl Harbour…

On this PPT you will be provided with various pieces of evidence about the attack on Pearl Harbour on 7 December 1941.