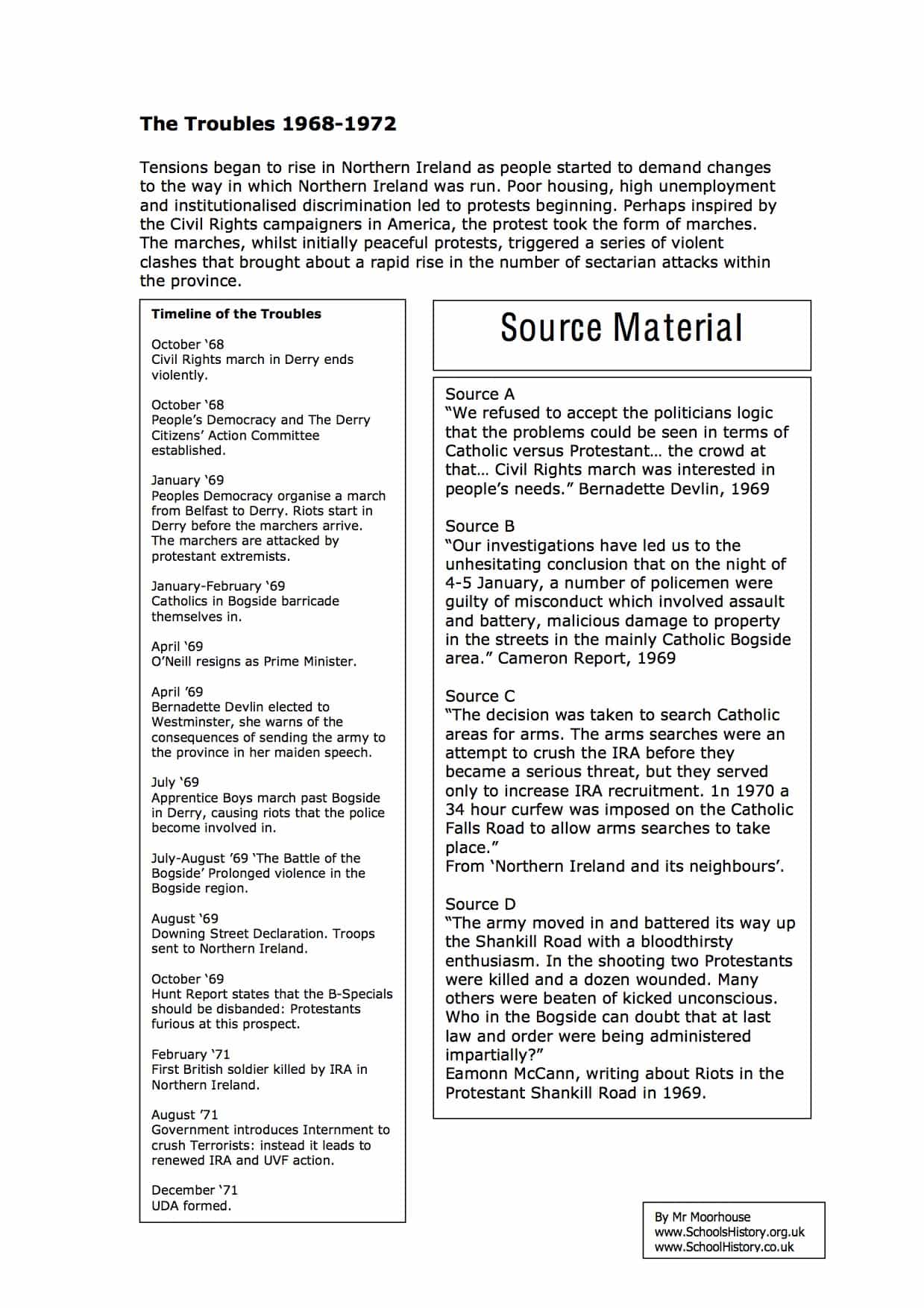 Tensions began to rise in Northern Ireland as people started to demand changes to the way in which Northern Ireland was run. Poor housing, high unemployment and institutionalised discrimination led to protests beginning. Perhaps inspired by the Civil Rights campaigners in America, the protest took the form of marches. The marches, whilst initially peaceful protests, triggered a series of violent clashes that brought about a rapid rise in the number of sectarian attacks within the province.

Timeline of the Troubles

January ‘69
Peoples Democracy organise a march from Belfast to Derry. Riots start in Derry before the marchers arrive. The marchers are attacked by protestant extremists.

January-February ‘69 Catholics in Bogside barricade themselves in.

April ’69
Bernadette Devlin elected to Westminster, she warns of the consequences of sending the army to the province in her maiden speech.

July ‘69
Apprentice Boys march past Bogside in Derry, causing riots that the police become involved in.

July-August ’69 ‘The Battle of the Bogside’ Prolonged violence in the Bogside region.

October ‘69
Hunt Report states that the B-Specials should be disbanded: Protestants furious at this prospect.

August ’71
Government introduces Internment to crush Terrorists: instead it leads to renewed IRA and UVF action.