The Domesday Book is actually composed of two independent works: the Little Domesday, describing Essex, Norfolk, and Suffolk; and the Great Domesday which covers the remaining part of England and part of Wales (except the northern that today correspond to Westmorland, Cumberland, Northumberland, and the Palatine County of Durham). 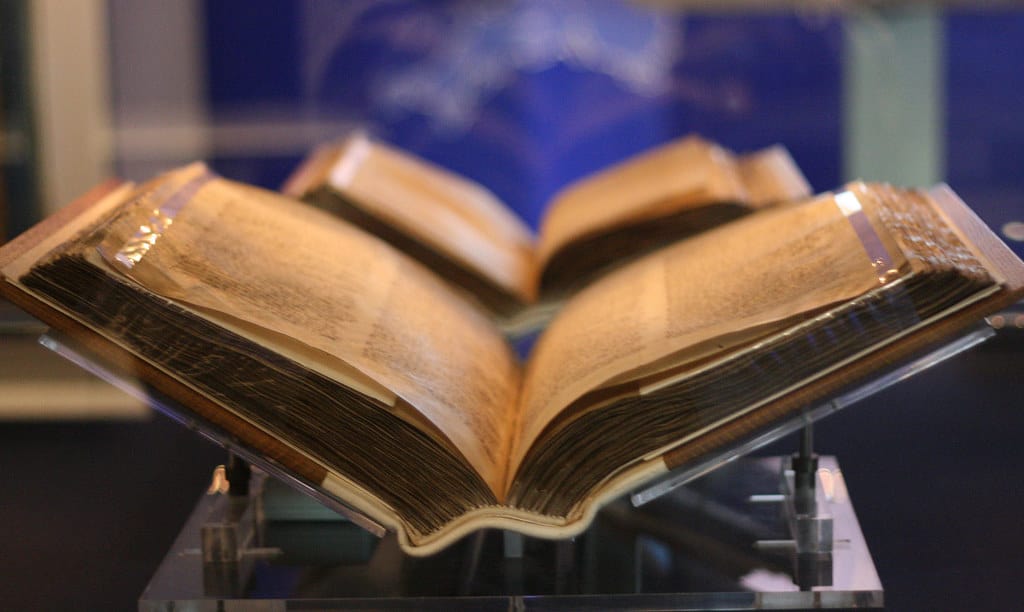 No data was collected for the cities of London and Winchester – probably due to their size and complexity.

Most of Cumberland and Westmorland were not included in the book since the two territories were not conquered until some time later. Moreover, the County Durham had its own system of taxes which was organised by the local archbishop (at that time, William de Saint-Calais). Some areas in the northwest of England were subjected to the Boldon Book of 1183, which listed the areas subject to taxation and was controlled by the bishop of Durham. The omission of the other counties has not been fully justified.

The data collected in both volumes were entirely reordered and classified by courts (manors), rather than geographically. Instead of being recorded on the basis of their location, the assets are listed under the names of the landowners (tenentes) who held the fiefs.

The list of each county started with the possessions of royalty and nobles. These were followed by the possessions of the ecclesiastics and the religious orders in order of importance (for example, the archbishop of Canterbury always preceded the other archbishops on the list). After the clerical possessions, were the properties of the vassals that depended directly on the king and were recorded in order of importance: aristocrats, minor officials (servientes), and private citizens (thegn). 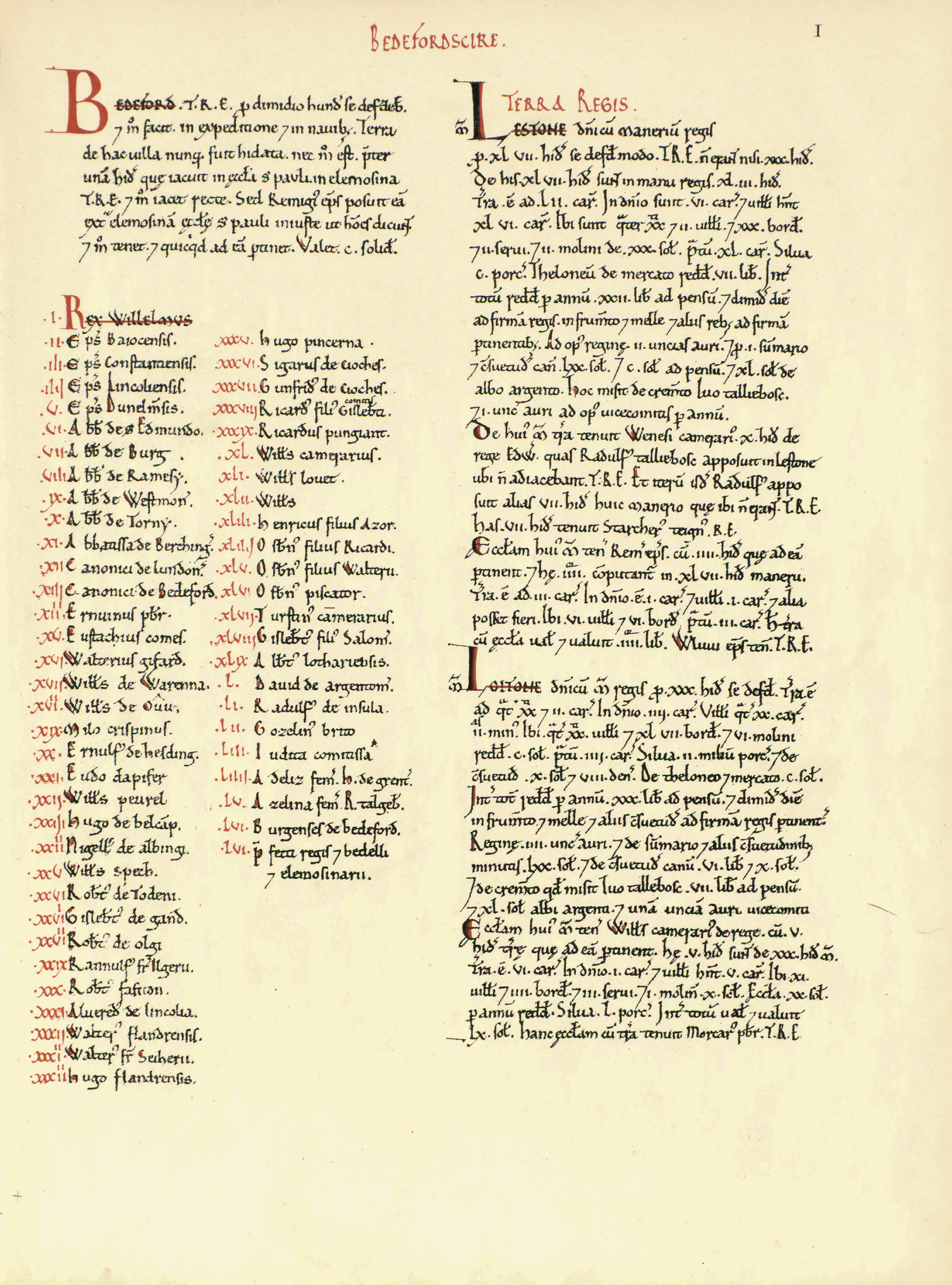 Creation of the Doomsday Book

Thanks to the Anglo-Saxon Chronicle it is known that the census was planned in 1085, and it was completed in 1086. While Great Domesday was most likely written by only one person on parchment, Little Domesday was compiled by at least six different people.

Many counties were visited by a group of royal officers (legates), who held a public inquiry, probably in the large assembly known as the shire court which was attended by representatives of each conurbation and the local lords.

Society has obtained the complete transcript of these inquiries thanks to the Cambridgeshire and it is a testimony of great importance: for instance,  the Inquisitio Eliensis concerns the lands of the abbey of Ely; while the Liber Exoniensis (preserved in Exeter), covers Cornwall, Dorset, Somerset, Wiltshire, and part of Devon.

By comparing the information collected for each county, one can hypothesise six “circuits” of investigation (plus a seventh for Little Domesday).

Purposes of the Domesday Book

In regards to the census, there are three sources of information:

Although the sources do not agree in every detail, it is now generally acknowledged that the primary objective of the census was to ascertain and certify the fiscal rights of the sovereign, which consisted of:

After the political upheaval of the Norman conquest and the following large-scale confiscation of land, it was in William the Conquerer’s interest that the rights of the Crown, of which he claimed legitimacy, were not diminished in such situations. 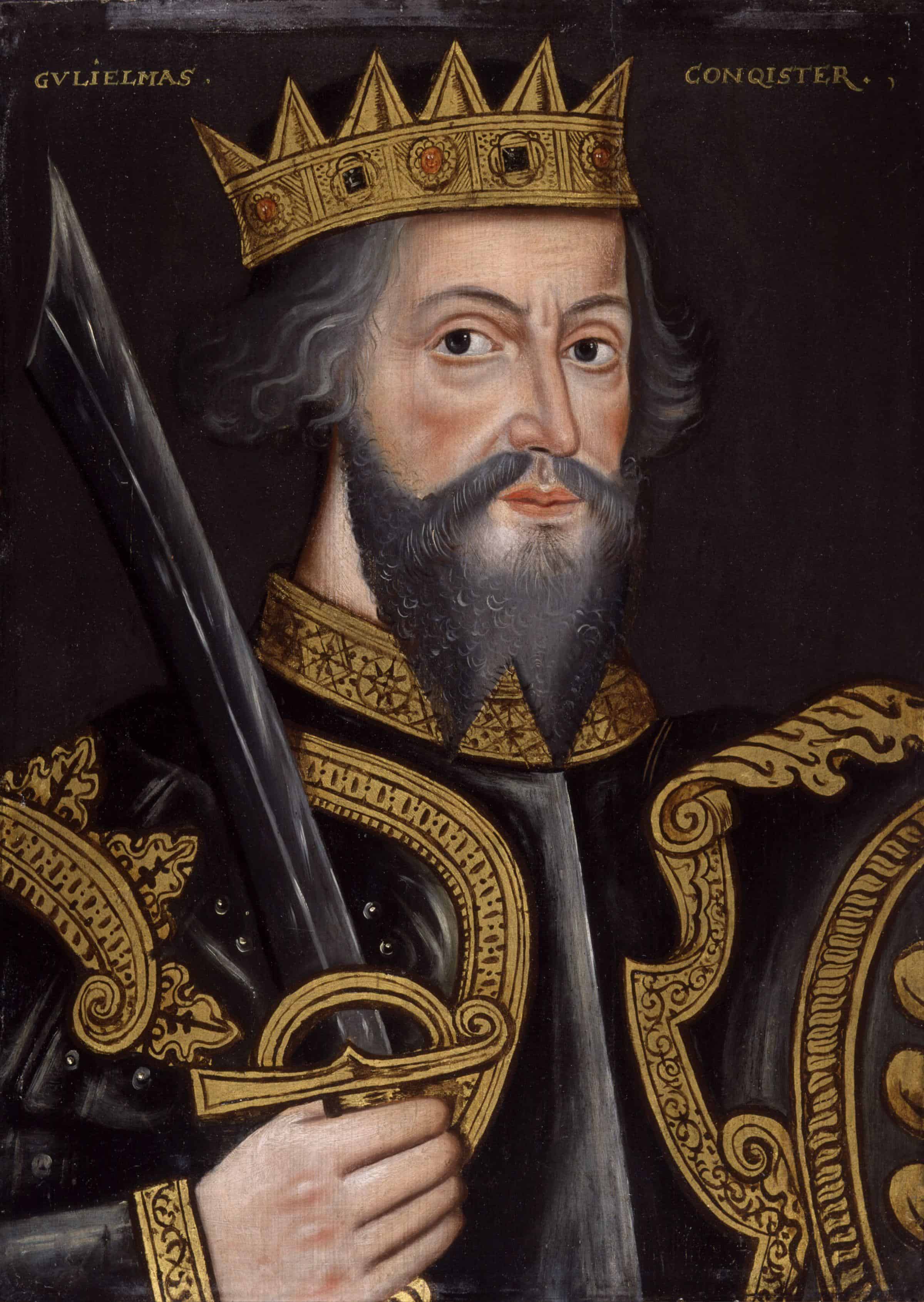 The census was therefore ordered by William in order to have precise information concerning the nation’s properties. Such census could be used as a basis of judgment in disputes, as well as for the protection of the rights of the Crown itself.

The census contained in the Domesday Book recorded the names of the new owners and the assets subject to tax. It is evident that William wanted to know precisely the financial resources of his kingdom. The majority of the Domesday Book is therefore occupied by estimates and land valuations.

Moreover, the book assessed the extent of the arable land, and other sources of collateral income such as the presence of meadows, woods, pastures, fish ponds, and water mills. The number of workers was also listed in different categories. The past and present annual income of the entire property was roughly expressed. Obviously, both in the evaluations and in the measurements, the census not very accurate.

The feudal reorganisation of the original land enabled the sovereign and his officials to easily assess the extent of the possessions of the individual barons. It also enabled them to identify the small landowners linked to each baron thanks to a vassal relationship. Such knowledge was of the utmost importance for William, not only for military reasons (since it allowed him to assess the mobilisable force) but also for his intention to bind the vassals of his barons directly to himself. Since the Domesday Book generally shows only the first name for each small owner, it is not possible to reconstruct from the surnames which families were of Norman descent. However much has been done to identify the individual owners, and the majority of them bore names of foreign origin.

In 1986 commemorative plaques were installed in the places mentioned in the Domesday Book.

The Domesday Book is of great importance since it allows us to gain an immense historical understanding of the period in which it was written. As H. C. Darby states, we ‘can have nothing but admiration for what is the oldest ‘public record’ in England and probably the most remarkable statistical document in the history of Europe. The continent has no document to compare with this detailed description covering so great a stretch of territory. And the geographer, as he turns over the folios, with their details of population and of arable, woodland, meadow and other resources, cannot but be excited at the vast amount of information that passes before his eyes’ (Darby 1977). However, Darby also points out that when this great amount of data is examined more closely, perplexity and difficulty arise.