Gregor Strasser was born in Geisenfeld (Bavaria, Germany) on May 31, 1892. In 1914, he started his pharmaceutical studies at the Friedrich Alexander University in Erlangen (Nuremberg). The same year, he abandoned his studies in order to join the Reichswehr (i.e. the German Empire’s army) as a volunteer. Strasser fought in the First World War with the 1st Bavarian Artillery Regiment on the Western Front, rising to the rank of first lieutenant. 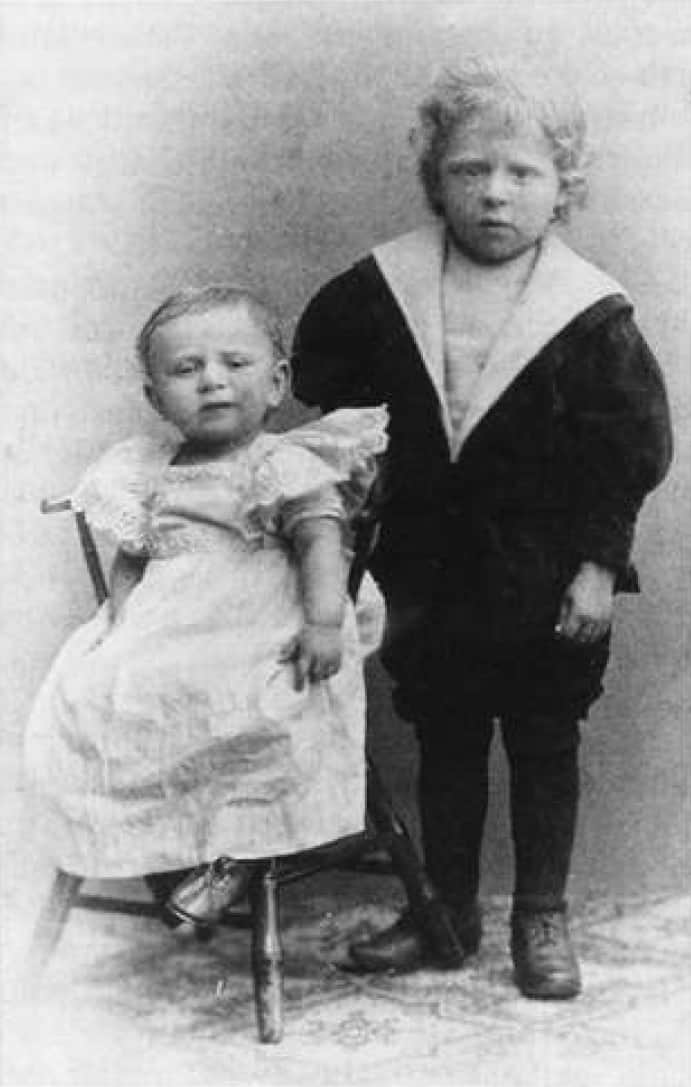 In 1918, after the war, he continued his studies and in 1919 he joined the Freikorps with his brother Otto. That same year he passed his degree exam and in 1920 he started working as a pharmacist in Landshut. In turn, he founded and led a movement called the Storm Battalion Lower Bavaria (Sturmbataillon Niederbayern), where Heinrich Himmler served as an assistant. In mid-March 1920, Strasser’s movement was ready to participate in Kapp’s failed coup.

In 1920, he married Else Strasser Vollmuth (1893-1982), daughter of the wealthy industrialist Lorenz Vollmuth. From their union, on December 7, 1920, the twins Günter and Helmut were born.

Soon, Gregor Strasser led a movement called the Popular Defence Union (Völkischer Wehrverband), one of the several nationalist paramilitary groups formed in the years of the Weimar Republic.

In 1921, he joined the NSDAP, founded in Munich a year earlier. In November 1923 he took an active part in the Munich Putsch (i.e. an attempt to overthrow the government).

Following the failure of the coup, Strasser was sentenced to a year and a half in prison. However, a few weeks later, he was released since he had been elected as a member of the Bavarian parliament by the “Völkischer Block”, a nearby national-socialistic organisation. On December 7 of the same year, he became a parliamentarian in the third Reichstag: Strasser’s ideology followed the extreme right’s line of thought. He maintained such parliamentary position until December 1932. 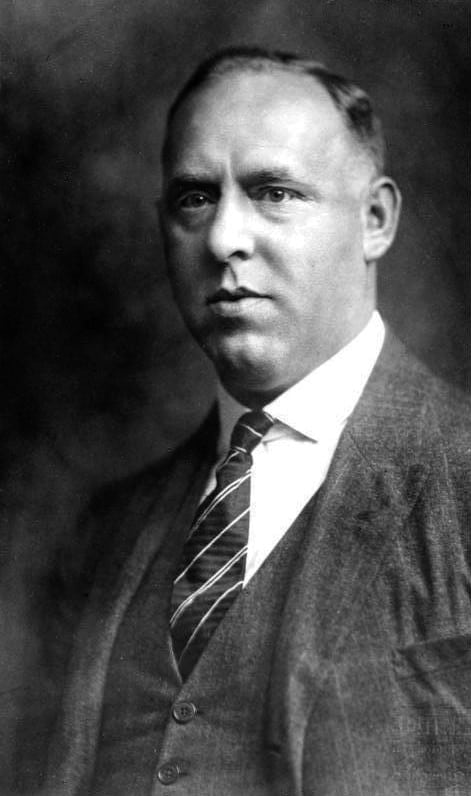 His parliamentary activity brought him into contact with Adolf Hitler and his supporters.

Unlike the future Führer, Strasser’s political views were quite close to socialism since he placed a lot of emphasis on improving the living conditions of the working classes and promoted solidarity with the oppressed peoples of the world. Strasser created a Nazi syndicate which advocated the creation of a national pension system (similar to the solidarity fund created by the NSDAP, which had already given good results). Although Strasser advocated respect for private property, he maintained that properties must be both social and subject to the needs of the nation. Moreover, citizens had the obligation to serve the community and even to die for the country in cases of extreme emergency.

After the official re-foundation of the NSDAP by Hitler, Strasser became the first Gauleiter (chief) of Lower Bavaria. From June 30, 1926, until early 1928, he was the Reichspropagandaleiter (Reich Leader for Propaganda) of the NSDAP, and from January 1928 to December 1932 he held the position of Reichsorganisationsleiter (Head of Organisation of the Reich). Strasser reorganised the entire structure of the NSDAP. The NSDAP thus became a strictly centralised organisation, with its own control mechanisms and with a high level of propaganda.

Strasser’s organisational skills helped the NSDAP to make the great leap from being a marginal party to a popular movement with a presence throughout Germany. The NSDAP appealed to the lower classes and their tendencies towards socialism. The number of NSDAP affiliates grew from 27,000 in 1925 to more than 800,000 in 1931.  In northern and western Germany, Strasser helped the NSDAP to become a powerful political association that soon achieved a greater number of adherents than the party section controlled by Hitler, in the south of the country. On the other hand, in March 1926, he participated in the founding of the SA of Berlin, under the direction of Kurt Daluege. The foreign organisation of the party (NSDAP / AO) was also formed thanks to Strasser, and Hans Nieland became its first leader on May 1, 1931. Together with his brother Otto he founded the Kampf-Verlag (Combat Editorial) of Berlin in March 1926, where the weekly newspaper Der Nationale Sozialist (The National Socialist) was published.

The Strasser brothers controlled the organisation of the NSDAP in Berlin and developed an ideological profile that was different from the Bavarian Nazis, controlled by Hitler.

With the federation of gauleiters, Gregor Strasser created a support system for the social, political and economic ideas of the NSDAP’s left wing. However, on February 14, 1926, Joseph Goebbels changed sides, and thanks to him, Hitler gained full control of the party. The dissolution of the union created by Gregor Strasser was decreed by a directive from Munich on July 1, 1926. However, Strasser’s men would continue to exert great influence on the NSDAP.

Despite his reputation as a representative of the left wing within the NSDAP, since the early ’30s, Strasser had formed good relations with large industrial owners.

The private letters of the influential industrialist Paul Silverberg addressed to Hitler in May 1932, praised Strasser for the great efforts he had put in the NSDAP.

In order to demonstrate his ability to govern the party, on October 20, 1932, Strasser announced at the Sports Palace in Berlin, the new economic development program of the Nazi Party. In it, the anti-capitalist proclamations and the demands of autarky were reduced significantly.

Although agricultural protectionism and German products were still defended, foreign trade was emphasised. To overcome massive unemployment, he proposed that Germany should renounce the gold standard, nationalise banks, and issue public debt.

The ideological and personal rivalry with Hitler worsened dramatically when the Reich Chancellor, Kurt von Schleicher, offered Strasser the vice-chancellorship and the post of Prussian Prime Minister in December 1932. Von Schleicher hoped to divide the NSDAP, whereas Strasser, hoped to unify the party. According to Strasser’s contemporaries, if the party did split, between 60 and 100 of the 196 Nazi Reichstag parliamentarians, would have followed Strasser.

However, Von Schleicher’s plan to divide the NSDAP failed for two reasons: 1. on the one hand, Strasser was not convinced of the need to break with Hitler, and on the other, 2. Hitler succeeded in becoming the leader of the NSDAP and obtaining the loyalty of its members in a meeting held in December 1932. As a consequence, Strasser then lost all his positions and resigned on December 8, 1932.

Strasser kept his position as a member of parliament mainly because without the immunity that this post assured him, he would have had to face several judicial consequences.

Following such defeat, Strasser went on holiday to Italy, which caused him to lose even more credibility within the party. Historian Hans-Ulrich Wehler defined his attitude as a very overwhelming demonstration of his political mediocrity.

In spite of everything, in January 1933, Strasser was presented as potential vice-chancellor. However, after the elections of Lippe on January 15, which culminated in an electoral victory for the NSDAP, Strasser was definitively marginalised. On January 30, 1933, he retired from politics: with Hitler’s consent, he assumed the position of director of the firm Schering Kahlbaum in Berlin. Strasser continued to work as a publicist. From June 1931 until February 4, 1933, he published the weekly newspaper Die Schwarze Front (The Black Front).

Night of the Long Knives

On June 23, 1934, Strasser was arrested and taken to the Gestapo headquarters in Berlin. His detention was part of the NSDAP’s purges, which were officially called “Röhm-Putsch” (Night of the Long Knives), i.e. a “cleansing” action in the course of which Hitler and other Nazi leaders assassinated real or suspected political rivals, as well as other people that were against the new regime. For Strasser, the arrest was not a surprise. In fact, in 1951, his former colleague Paul Schulz claimed that Strasser had prophetically said: ‘Hitler will order to kill us all, we will not have a natural death’.

Fritz Günther von Tschirschky, wrote in his memoirs that he witnessed Strasser’s murder. According to him, Strasser was guided by several SS agents through a narrow corridor in the underground of the Gestapo headquarters. According to the witness, Strasser was initially shot through the peephole of the cell and he was slightly injured. Subsequently, the officers entered the cell and shot him dead.

Strasser was executed with three shots in the temple and two in the neck. Tschirschky points out that he did not see the execution itself because the officials had closed the door between the corridor and the cell. Instead, the SS watchman told him a few minutes later ‘the pig has been killed’ (Read 2015) and demonstrated the manner in which the execution occurred by staging it in a lively way and using hand gestures (Rosmus 2015). A few minutes later, bloody sacks containing the body were carried out, and the corridor was covered in blood. Tschirschky concluded that Strasser was immediately butchered in the same place of his murder and his body was transported in those bags.

However, Strasser’s death was initially declared as suicide.

His brother Otto Strasser managed to flee and survive the war, exiling himself first in Czechoslovakia and later in Canada. However, he returned to Germany after the Second World War, where he continued his political militancy until his death in 1974.