In the late 19th century, during the height of the American Gilded age, people were promised great fortune and equal economic opportunity as the cities grew and the country industrialized.
Major businesses rose up while in the same time it crushed the dreams and opportunities of those below them. This continued for many years unhindered until the American people were fed up with corruption and decided to take action.

The failure of the United States government to properly investigate corrupt businesses pushed many journalists to stand up against big businesses and expose them. They were termed by President Roosevelt as muckrakers. The term was used pejoratively by Roosevelt. He condemned the writers for their seemingly singular focus on covering the negative aspects of society. The encounter between Ida Tarbell, a historian and journalist, and the Standard Oil Company, controlled by J.D. Rockefeller, set a precedent for using journalism to challenge popular beliefs and becoming the voice of the public.

Born in November 5th 1857, Ida was the first child of Franklin Summer and Ann McCulloch Tarbell. Her mother was a teacher and her father, also a teacher and an oilman. They lived in Pennsylvania. 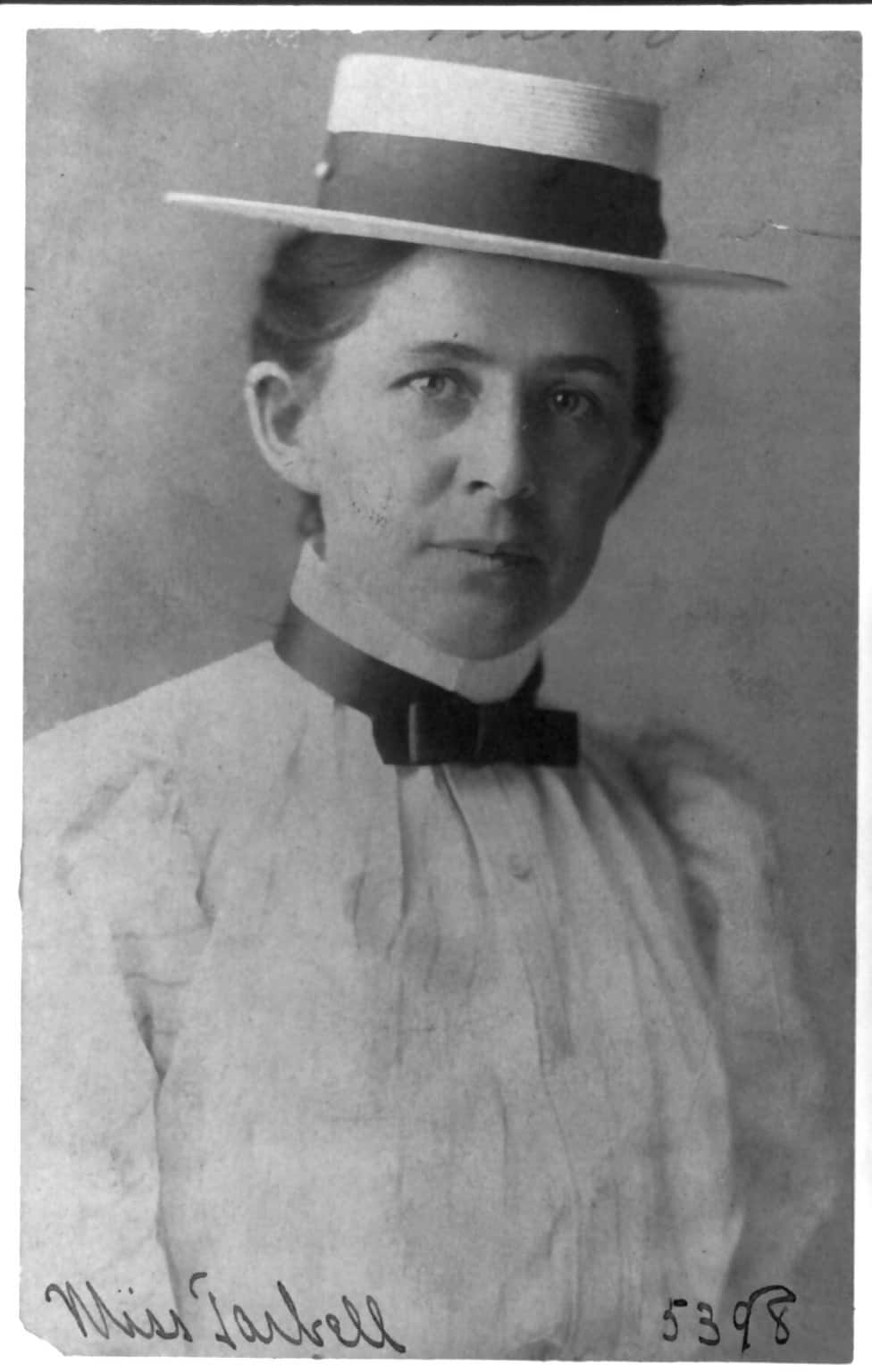 Ida’s father lost the family farm in the 1850s depression and moved the young family to Roseville and then Titusville in the heart of oil country. Her father worked here as an oil tank manufacturer. Young Ida spent her days playing in the oil fields among a landscape of towering oil derricks. 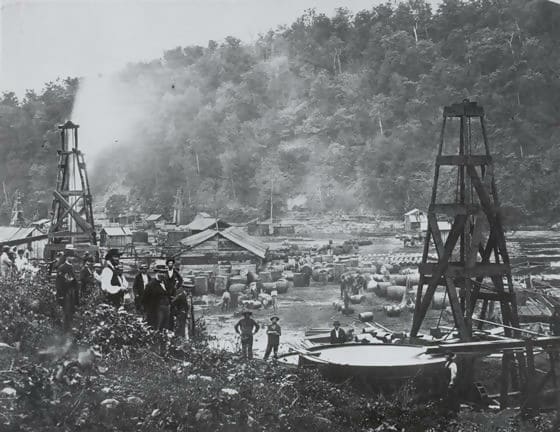 Yet hardship struck the family again as her father’s business was crushed by both poor decisions and the growing of John D. Rockefeller southern improvement company, the predecessor to Standard Oil. As she grew up, Ida showed promise as a student. She graduated from Titusville high school with the highest academic honors and earned a master’s degree from Allegheny College where she was the only woman in her freshman class.

In 1887 Tarbell began working for the Chautauqua, the magazine of the Chautauqua Institute. In 1891 she went on to study at the prestigious Sorbonne in Paris. In Paris she met Sam McClure, who offered her a job with his new publication. She returned home in 1894 and began writing for McClure’s magazine where her pieces on Napoleon and Abraham Lincoln nearly doubled the magazine’s circulation. 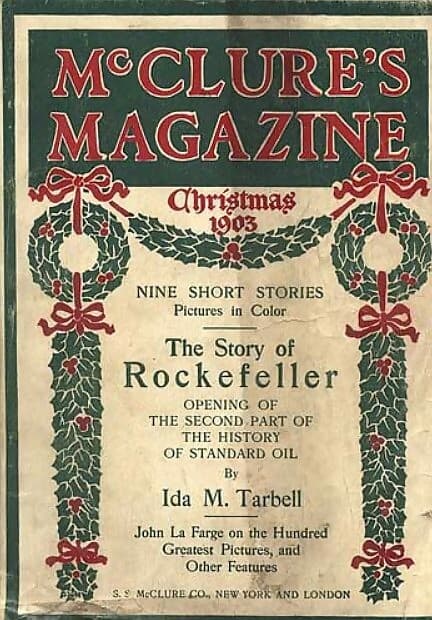 By now she was a popular biographer and thus turned her attention to issues much more closely to home, the injustices perpetuated by the Standard Oil Company. She carefully and tirelessly researched for years everything surrounding the company. She handed over the desk of editor role to Lincoln Steffens in 1901 in order to have the needed time to do so. In the end she produced a series of 19 articles for McClure’s on the secretive operations of Standard Oil, including conspiracy, exploitation and espionage. These writings were later compiled into the History of the Standard Oil Company.

Standard Oil started off as a small oil business in Cleveland, Ohio. It was founded by J.D. Rockefeller in 1863. Whereas the oil drilling industry was often dangerous and wasteful, Rockefeller on the other hand saw more potential for success in oil refining. 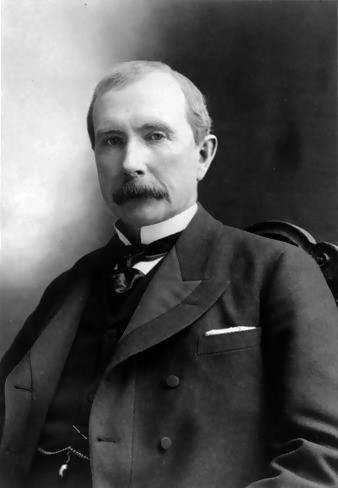 Rockefeller stressed efficiency using all of the byproducts of oil production instead of throwing it away, and innovating new safer methods in the workplace. By 1870, Rockefeller had turned his small local business into one of the biggest corporations in America named, The Standard Oil Company. What J.D. Rockefeller had envisioned, creating clean and accessible oil for all of America was unprecedented. Many people doubted that this could be achieved. But because of that, he managed to create one of the largest monopolies known to date.

In this period, oil burners were extremely dangerous and impure kerosene was highly prone to exploding and causing fires. This resulted in the claiming of thousands of lives’ each year. Rockefeller had a vision to create clean and accessible kerosene. He wanted his company to literally set the standard for clean and safe oil for the public. He successfully mastered the art of refining oil with careful control of temperature and timing in the distilling process.

He achieved his goal and produced much more pure and safe kerosene than his competitors, thus giving birth to the Standard Oil Company.

The company was able to offer lower prices than their competitors through more efficient and reliable industry. Over time, the company gained control of the entire industry.  Before long, Rockefeller had a monopoly on the oil industry creating a system of trusts, to be able to legally control various smaller businesses across the country. 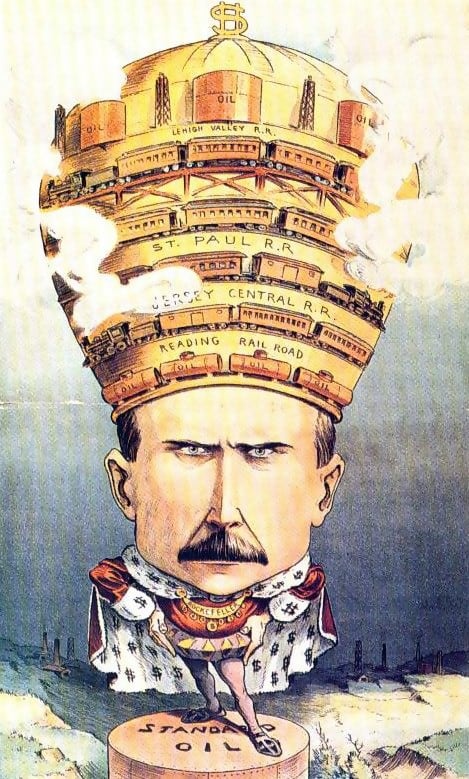 They were ruthless towards their competitors, Rockefeller took control of the oil industry by buying out and joining together with all of his competition or if they refused, he would bankrupt them.
With his massive profits he was able to drop his prices so much that he would even lose money, making it impossible for small businesses to compete. He would then purchase the now open property. It was illegal to monopolize an industry, but Rockefeller got past this when he formed a series of trusts. The Standard Oil Company controlled refineries and smaller companies all across America but these were all put under different names and ownerships while still reporting and sharing all the profits with the main branch in Cleveland.

They were also notorious for making illegal agreements with railroad companies getting much lower rates than their competition in exchange for steady and reliable business. Despite their shady dealings, Rockefeller and his people were practically untouchable, proficiently covering up any evidence of their illegal actions until Ida Tarbell stepped in. While most of the public and even the government couldn’t touch the company, Ida was able to expose it for what it truly was, her book the History of Standard Oil Company, included a praise for Rockefellers accomplishments but it also revealed all the corruption and illegal actions that he took part in to get where he was. 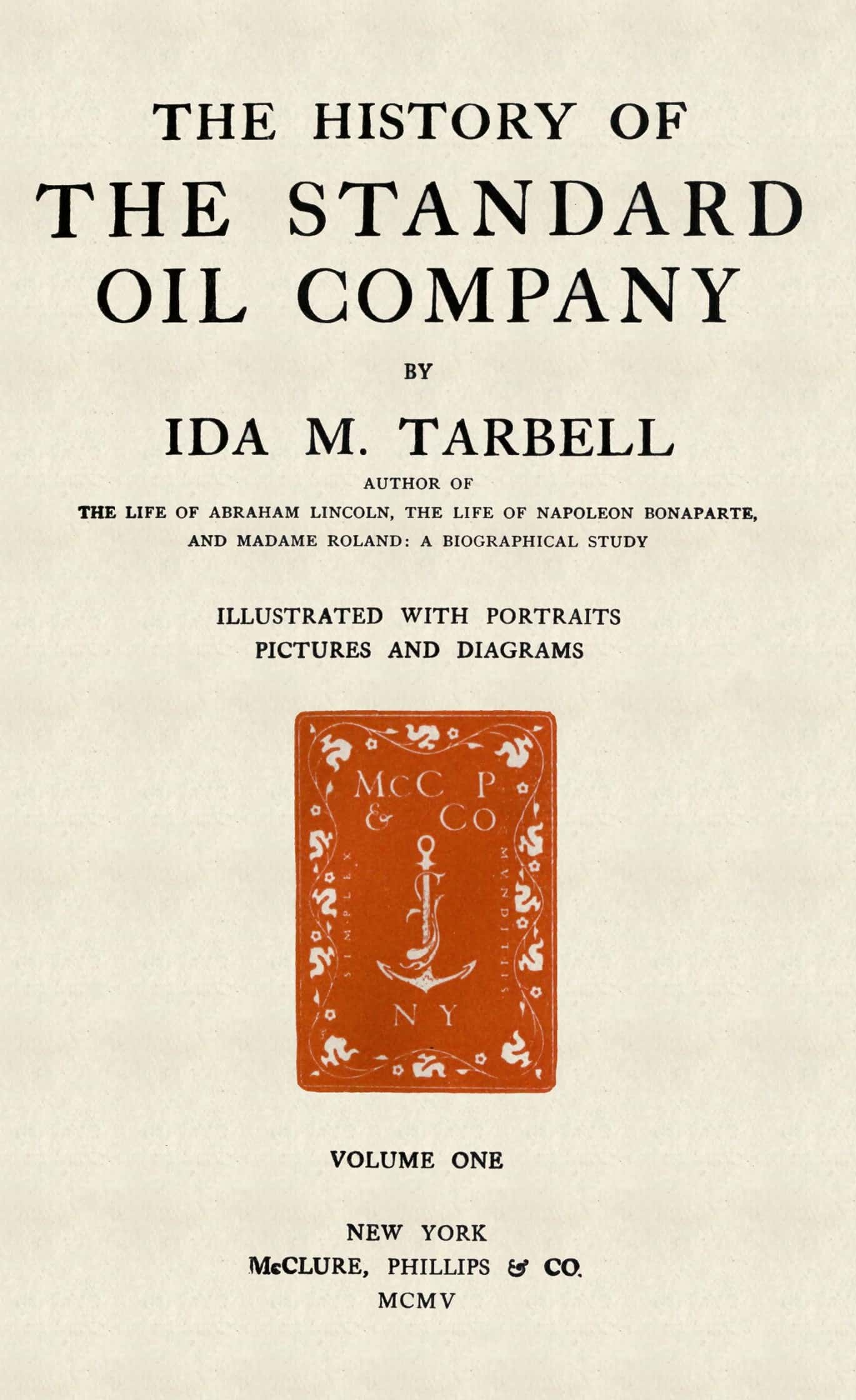 “There is no man more dangerous, in a position of power, than he who refuses to accept as a working truth that all a man does should make for rightness and soundness…that even the fixing of a tariff rate must be moral.” – Ida Tarbell

The trial against the Standard Oil Company started in 1906, they were accused of unreasonable restraint of trade through purposely running companies out of business and monopolizing the oil industry. Rockefeller was clever in court, dodging questions and covering up for himself. Despite knowing what he did, the court had no way of providing evidence for it, and so Standard Oil Company was left untouched for five years. Ida and other reporters testified against Rockefeller accusing him of fixing prices, bribery, running competitors into bankruptcy and making negotiations with railroad companies for lower rates. 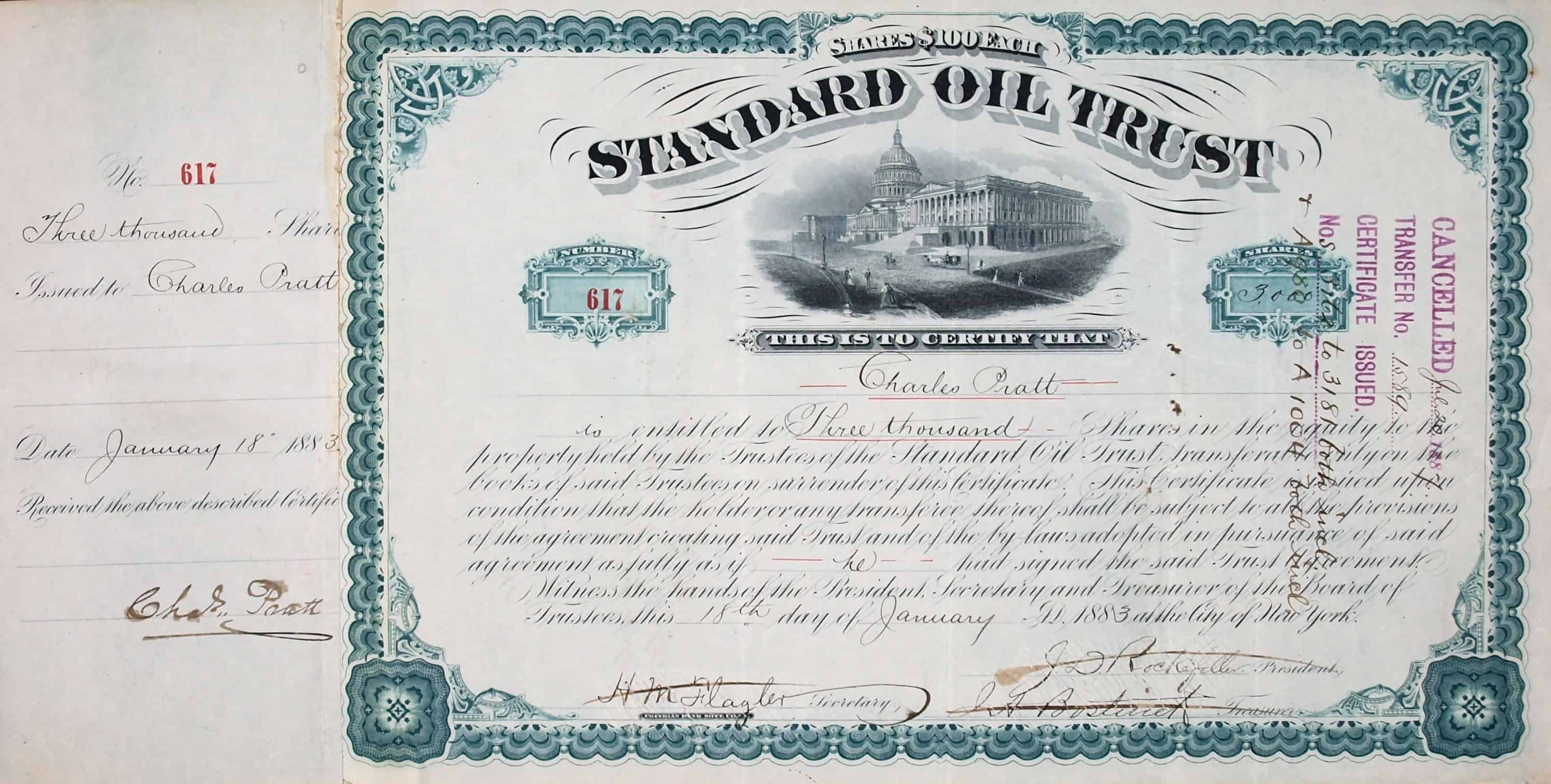 Rockefeller denied all of this, stating that he didn’t know of the low rates and that the monopoly was a coincidence due to his superb and efficient business coming naturally to success. The company seemed invincible. Regardless of how hard anyone tried, no one seemed to get any definitive proof for any of Rockefeller’s crimes even if most people now knew of it. The government had formed committees to thoroughly investigate the Standard Oil Trust, and by 1911 it finally came to a close. The company was found guilty of monopolizing the oil industry, causing unreasonable obstruction of trade.

The trust was to be broken up in the following six months. In the following years, Rockefeller tried to bring the trust together again and in a similar manner, he continued to gain millions off of the oil industry but the government action did inhibit them. This eventually led to the breakdown of the Standard Oil Trust completely. 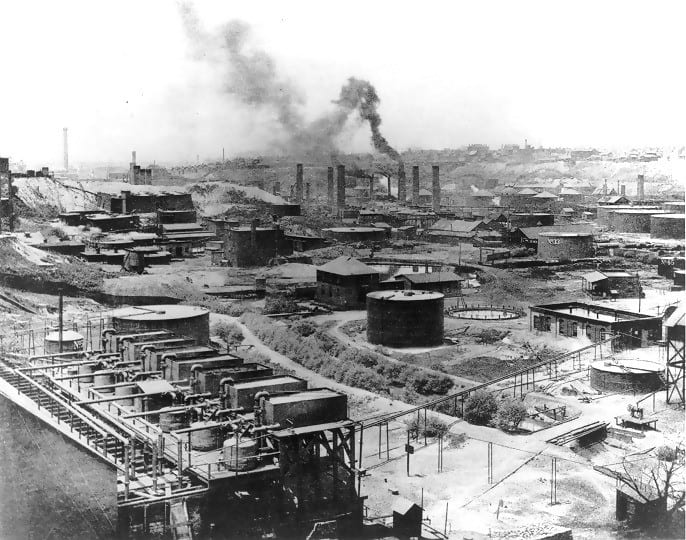 Tarbell made a number of significant changes in her life in 1906. She had lost her father the previous year to gastric cancer, this combined with McClure’s erratic behavior at the magazine contributed to her stress. It threatened the stability of the magazine and Tarbell’s holdings. She moved to Connecticut and left McClure’s Magazine for The American Magazine. 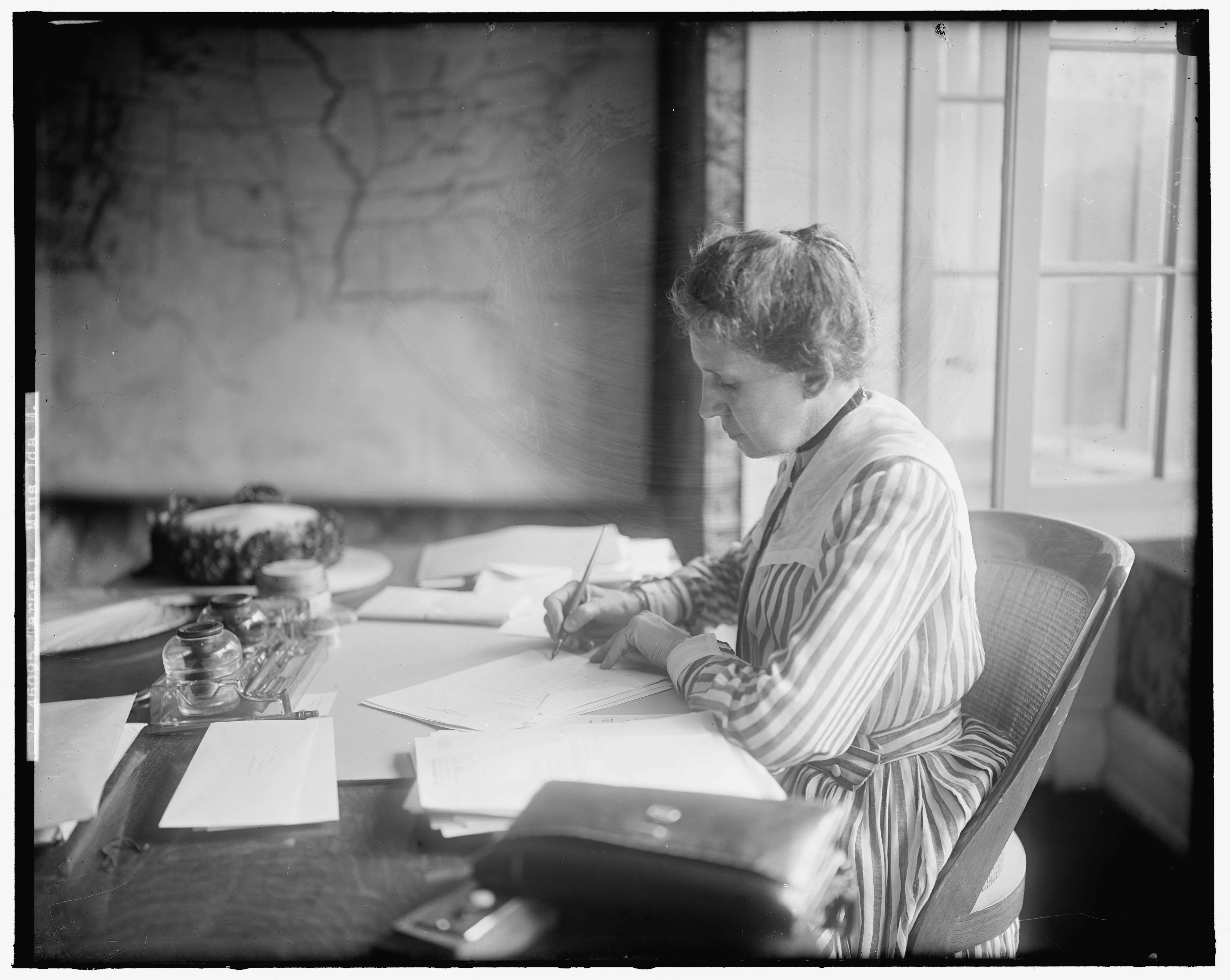 She had written for McClure’s from 1894 to 1906, she resigned along with John Phillips. This was followed by R.S. Baker, Lincoln Steffens and John Siddall. They then raised money and purchased The American Magazine. Ida became the associate editor and remained there until 1915. She began investigating tariffs and their impact on American businesses and consumers. She toured the United States and met other factory owners. She was fascinated by Thomas Lynch of the Frick Coke Company, who seemed committed to provide decent living conditions for his workers.

Ida also admired and wrote about Henry Ford’s company Ford Motor. Ford offered high pay in order to create excellent work, his ideas about mass production also put him in a good light in the eyes of Ida. Steve Weinberg wrote that Ida Tarbell was “a feminist by example, but not by ideology.” She embraced the movement while also criticized it. She wrote about women and traditional roles, describing the feminist movement as being anti-male. Ida believed and recommended that women should embrace home life and the family. 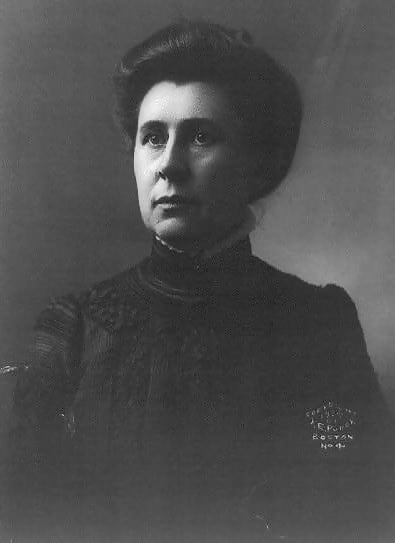 The biographer of Ida Tarbell, Emily Arnold McCully, believed that her emotional, rather than reasoned stance, on women’s issues may have tarnished her long-term legacy. Tarbell felt that “the drive for suffrage” was “a misguided war on men”. Former allies among suffragists were dismayed at her change and her speaking to anti-suffragist organizations. Tarbell published the article “Making a Man of Herself” in American magazine in 1912, which infuriated her readers and activists.

Tarbell collected her essays on women, and published them in a book called The Business of Being a Woman. Unfortunately, the book was poorly received. It contained tributes to early supporters of women including Susan B. Anthony and Elizabeth Cady Stanton. Interestingly, it is said that even Ida’s own mother, criticized her position. Tarbell switched course and embraced suffrage after American women won the right to vote in 1920. Tarbell’s later career included writing, lecturing, and social work. Tarbell continued working as a freelancing journalist and traveling the lecture circuit. 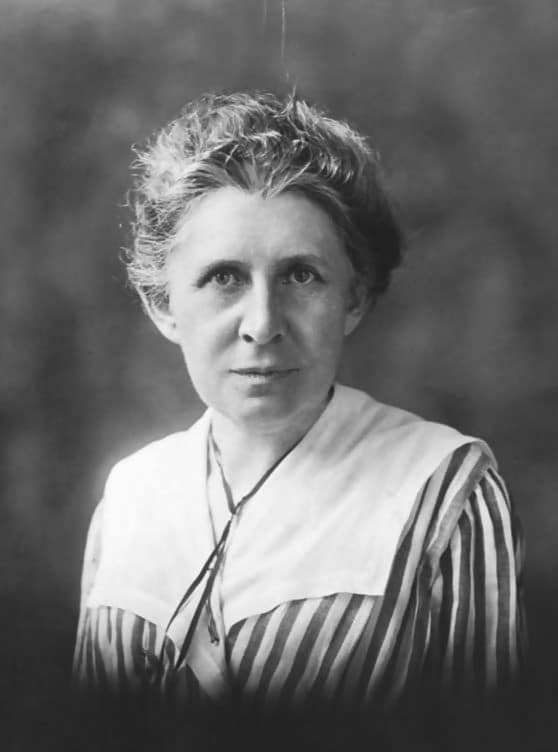 At the age of 82, Ida completed her autobiography entitled “All in a Day’s Work” in 1939. She sadly passed away due to pneumonia while writing another book named “Life After Eighty.”
In 1993 the Ida Tarbell House in Easton, Connecticut was declared a National Historic Landmark. In 2000, she was inducted posthumously into the National Women’s Hall of Fame. Even after her death she received praise and accolades for her contribution to journalism and American history. Some important people even claimed she helped invent modern journalism while others called her one of the greatest American journalists of the 20th century.