Harold Godwinson, or Harold II, was the last Anglo-Saxon king of England. His reign lasted from January 6 to until his death on October 14, 1066, at the Battle of Hastings.

The son of the powerful Earl Godwin of Wessex, Harold was named Earl of East Anglia in 1044, when he was around twenty years old. Like his father, he was exiled from the Kingdom of England and stripped of his titles in 1051, but King Edward the Confessor was forced to restore Godwin and his sons to their estates the following year. When Godwin died in 1053, Harold inherited the vast county of Wessex. His fortune and power were then exceeded only by that of the king. 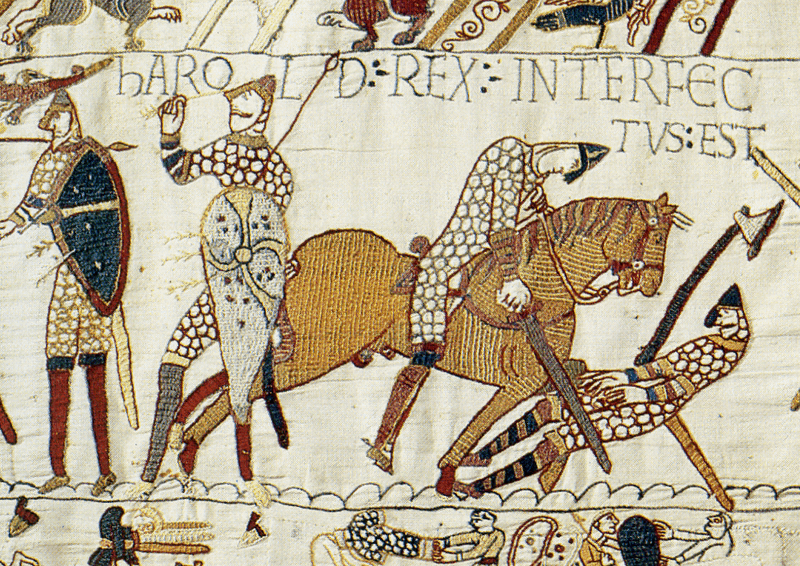 Harold was chosen to succeed Edward when he died without leaving an heir. He was crowned on January 6, 1066, but two contenders for the throne stood against him: the Norwegian king Harald Hardrada and the Duke of Normandy, William. After having won the first battle against his opponent at Stamford Bridge on September 25, he was defeated by his second opponent on October 14 at the Battle of Hastings, where he was killed. When William succeeded him, it became the beginning of the Anglo-Norman period in English history. 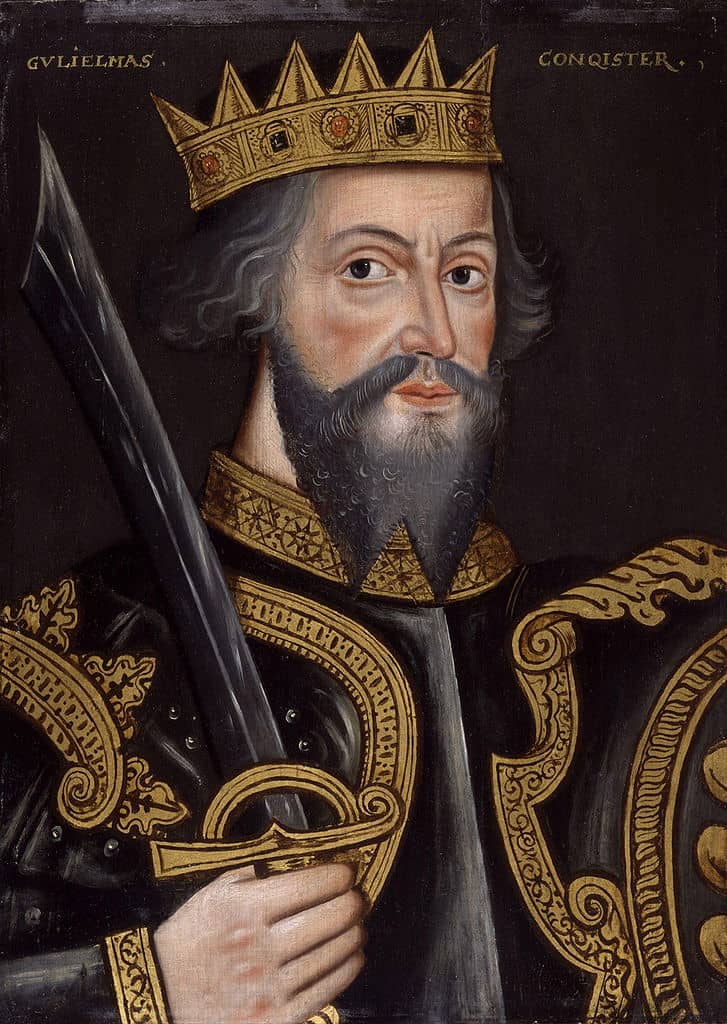 William ascended to the throne of England after his victory at the Battle of Hastings in which he defeated Harold II. The epic conquest and the reasons that unleashed the war are represented in the famous Bayeux tapestry.

William the Conqueror ordered the first census of English properties (the Domesday Book) and is also considered the first founder of the constitutional monarchy.

Although William was an effective soldier, he was a cruel ruler and not loved by his subjects. According to the Anglo-Saxon Chronicle, he was hated by almost all of his people. His name Rufus (red), was either due to the colour of his hair, to his ruddy appearance, or perhaps because of his bloody character. It is not surprising that the chroniclers of the time judged Rufus harshly, in fact, all the scholars of the time were churchmen against whom Rufus fought long and hard.

William seems to have an extrovert character and his reign was marked by his bellicose temper and contempt for the British and their culture. He never married and didn’t even have illegitimate children; it has been suggested that he was homosexual.

Henry I, also called Henry Beauclerc (the Cleric) for his cultural interests, reigned over England from August 5, 1100, to 1 December 1135. He also ruled the Duchy of Normandy.

Henry I came to power upon the death of his brother William Rufus. His reign is known for his skillful political opportunism, the improvement of the government, the integration of the Anglo-Saxons and Normans into his kingdom, the reunification of his father’s domains, and his controversial, yet well-founded, decision to name his daughter as his heir.

The nephew of William the Conqueror, he is considered the last Norman king of England. Sources present him as a mild and generous person. During his reign, the collection of taxes was frequently ignored.

Empress Matilda was born around February 7, 1102, probably at Sutton Courtenay (near Abingdon in Oxfordshire), and died on September 10, 1167, at the Abbey of Notre-Dame-du-Pré. She is also known under the names of Maud and Matilda of England. She was the Empress of the Holy Roman Empire, then Countess of Anjou, and Duchess of Normandy. Upon the death of her father, King Henry I, in 1135, her cousin Stephen of Blois usurped the throne of England. This event gave rise to a civil war known as the Anarchy.

As the English king, he also had authority over certain regions in Wales, Scotland and eastern Ireland.

He was the first king of the Plantagenet dynasty and had several nicknames. He was the son of Godfrey Plantagenet and of Matilda of England. Following the controversial reign of King Stephan, the reign of Henry II was solid. Henry II was a proud, energetic, and tireless man. He was an intellectual who knew how to use the European culture of his time and the legal doctrines written in Italian universities to his advantage. In fact, he provided his kingdom with a judicial and administrative system that was very advanced for that era. 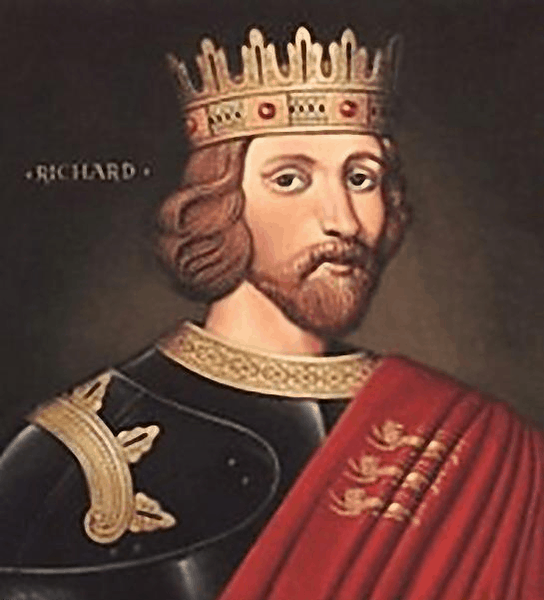 He became Count of Poitiers at the age of eleven and Duke of Aquitaine during his coronation in Limoges. After the sudden death of his older brother King Henry the Younger in 1183, he became heir to the crowns of England, Anjou, Normandy, and Maine. During his reign, which lasted ten years, he only lived in the Kingdom of England a few months and never learned English. He used all his resources in the Third Crusade, and to defend his French territories against the King of France, Philippe Auguste.

Richard I was considered a hero and is often described as such in literature. He was also a famous poet and writer. In fact, he was especially known for his compositions in Occitan and in the langue d’oïl.

John Lackland was King of England, Lord of Ireland and Duke of Aquitaine from 1199 until his death.

He was the fifth and last son of King Henry II of England and Aliénor of Aquitaine, Jean was not destined to ascend to the throne or to receive any territory as an inheritance. He was nicknamed John Lackland (without a land) by his father. This changed after the failed revolt of his elder brothers between 1173 and 1174 and he became the favourite son of Henry II who made him Lord of Ireland in 1177 and granted him land on the mainland. The death of three of his brothers (William, Henry, and Geoffroy) and the accession to the throne of Richard I in 1189 made him the heir in competition with his nephew Arthur. John tried unsuccessfully to seize power while his brother was participating in the Third Crusade. He eventually became king in 1199.

The new monarch was immediately confronted with the threat posed by King Philip II of France on his continental territories that formed the Plantagenet Empire. He lost Normandy in 1204 particularly because of the lack of military resources. He devoted much of his reign to trying to reclaim these territories by forming alliances against France, increasing the revenues of the Crown and reforming the army. Despite his efforts, a new offensive in 1214 ended in the defeat of his allies at Bouvines and he was forced to return to England.

Unhappy with the tyrannical behaviour of the sovereign and the sharp rise in taxes to finance his continental policy, the English barons revolted. The dispute entailed the signing of the Magna Carta in 1215.

Henry III was king of England, and Duke of Aquitaine and Gascony from 1216 until his death.

He was the eldest son of King John Lackland and Countess Isabella of Angouleme. Forced by Parliament to approve the Oxford Provisions in 1258, the annulment of such provisions in 1264 led to the barons’ revolts. Such revolts were crushed by his successor and son, Edward I.

From 1300, Edward accompanied his father on the pacification campaigns in Scotland, and in 1306 he was knighted at Westminster Abbey. Edward obtained the throne in 1307, upon the death of his father. In 1308, he married Isabella of France in order to resolve the tensions between the English and French crowns.

He was tall and handsome. Edward took inspiration from medieval cavalry for his ideals of life. Throughout his reign, he strongly supported and promoted the cavalry, which allowed him to develop good relations with the nobility of the kingdom. 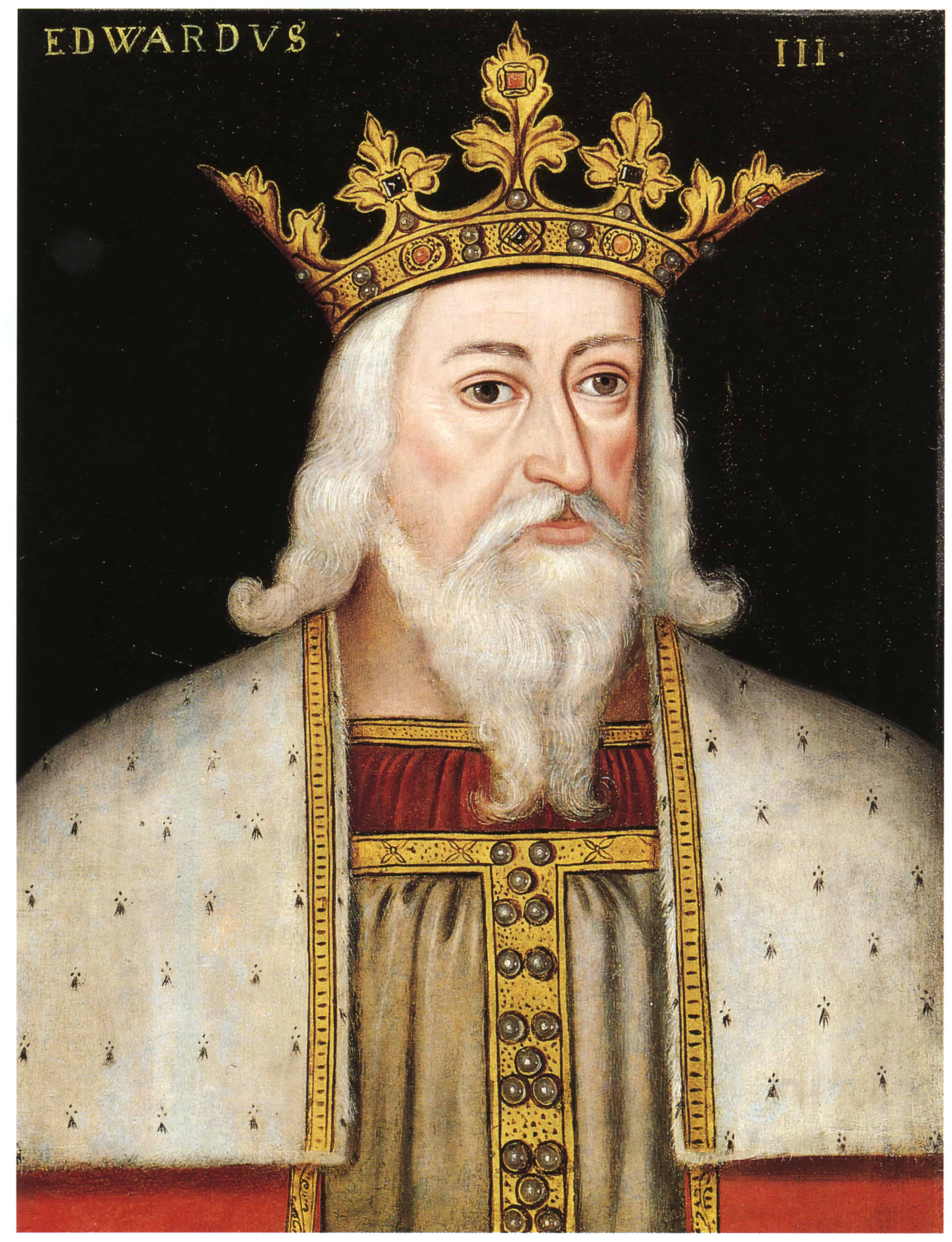 His reign (which lasted fifty years) began when his father Edward II of England was deposed on January 21, 1327, and ended in 1377. Before him, only Henry III had reigned so long and it would be another 400 years before another monarch occupied the throne for such length. Edward’s reign was marked by the expansion of English territory through wars in Scotland and France.