Born on September 19 or 20, 1486, Prince Arthur of Wales was Henry VII and Elizabeth of York’s first child.  He was born in Winchester, in St. Swithun’s Priory, and was baptised a few days later in Winchester Cathedral (Tudor History). His brother was Henry VIII. His father was Henry VII, who had won the War of the Roses, had imposed the Tudor supremacy, and had united the houses of York and Lancaster.

When he was a baby, he was promised in marriage to Catherine of Aragon, the daughter of Spanish monarchs Isabella and Ferdinand. The marriage agreement was established in the 1488-1489 Treaty of Medina del Campo, and had political significance by strengthening the relations between England and Spain, which would be useful against France. At the age of three, Arthur was declared Prince of Wales. 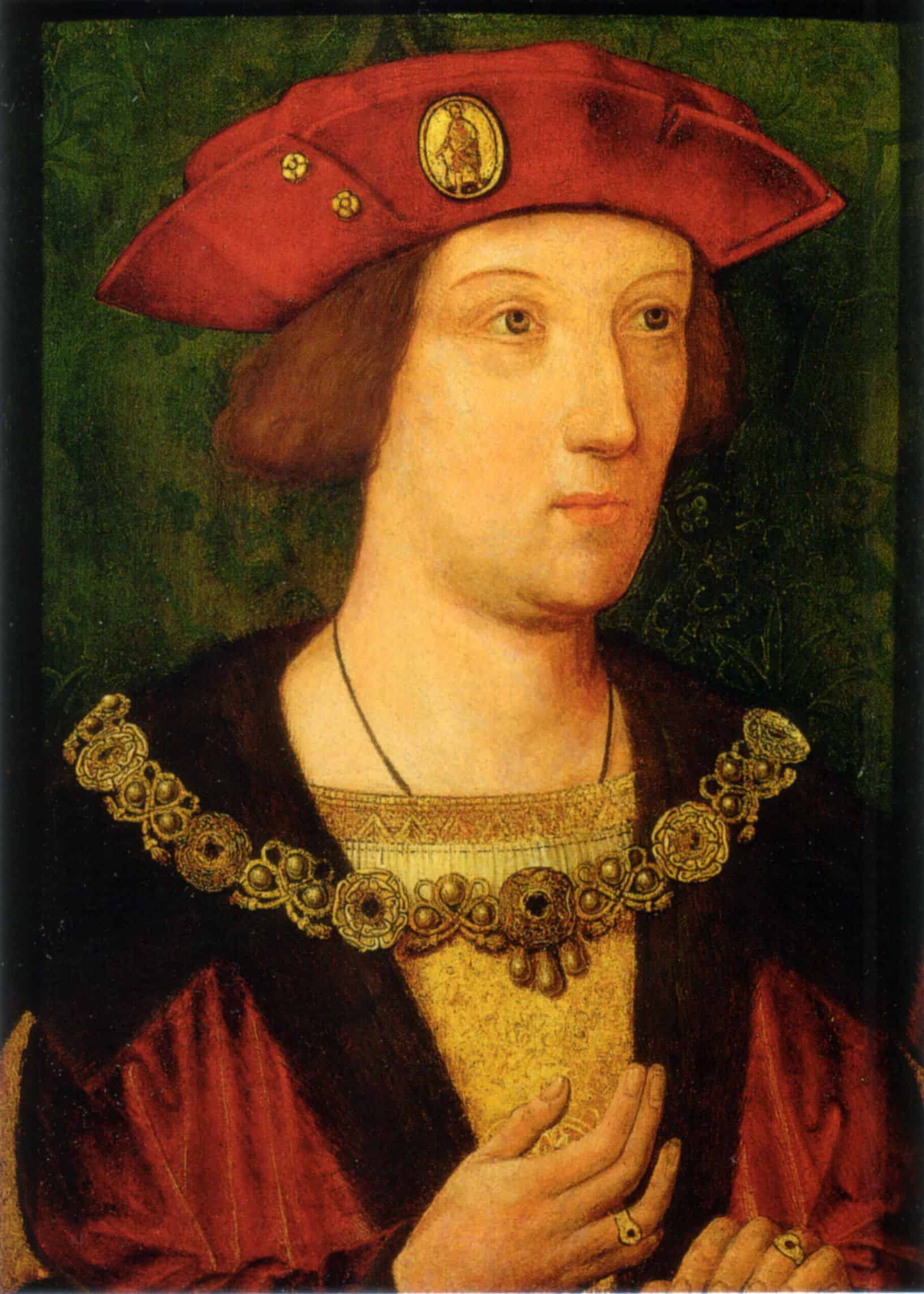 Prince Arthur received a well-rounded education: one of his tutors was the English humanist and physician Thomas Linacre, who had also tutored Erasmus (English Monarchs).

Meanwhile, the monarchs of Spain did not allow their daughter Catherine to go to England until all pretensions to the throne were eliminated: the Yorkist Earl of Warwick, Edward, for example, had put forward his claim to the throne. Yet, the Earl’s ambition did not last long as he was captured and subsequently beheaded. It is believed that Warwick was mentally impaired, and even his sister once stated that ‘he did not know a goose from a capon’ (English Monarchs).

Before committing to Catherine, Arthur demanded to see his future wife since he feared that she may be ugly or deformed. Therefore, in the first months of 1501, Catherine of Aragon reached England, and here she met her future husband’s family at Basingstoke. She ‘danced some of her native Spanish dances’ and as soon as she made her way back to Spain, Henry VII wrote to his daughter-in-law’s parents stating that ‘he much admired her beauty as well as her agreeable and dignified manner’ (English Monarchs).

After years of rearrangement of the terms of marriage, in November 1501, Prince Arthur and Catherine married in St. Paul’s Cathedral (London). Arthur was only fifteen years old, whereas his wife was sixteen when she was walked down the aisle by the ten-year-old Henry (Arthur’s brother). Their matrimony was a great, lavish celebration. Although Henry VII is known as the king that did not easily spend money, he was extravagant in the organisation of his son’s wedding.

Although there is very little information regarding how the two received each other, in a letter to his parents, Price Arthur described his intention of being a loving husband to Catherine.

The consorts lived together in Ludlow castle. Although Ludlow castle was in Shropshire (i.e. part of the English territory), the castle was the ‘administrative centre of the government of Wales’ (English Monarchs).

Unfortunately, less than a year into their marriage, Prince Arthur died in April due to the ‘sweating disease’ (a sickness that was spreading across London). The sweating disease was a virus that made its victims feel ‘intense heat, to the extent that in the delirium it inflicted they felt as if their blood was actually boiling, whilst sweating so profusely that it soaked through bedclothes’ (English Monarchs).

Catherine of Aragon had, of course, witnessed the decline of her husband, and she recounted how the illness affected him: ‘[Arthur suffered from] the most pitiful disease and sickness that with so sore and great violence had battled and driven in the singular parts of him inward; that cruel and fervent enemy of nature, the deadly corruption, did utterly vanquish and overcome the pure and friendful blood, without all manner of physical help and remedy’ (Hoare 2016). 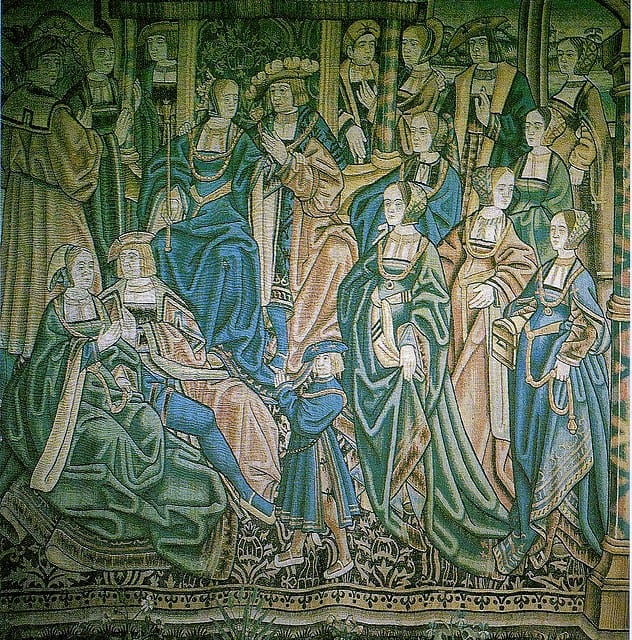 Although both Catherine and Arthur contracted it, the former managed to survive thanks to her strong physical health, whereas the latter died.

There are different accounts on how Arthur contracted the disease: some state that he started becoming ill on his post-wedding journey from London to Ludlow; others claim that he became sick after the Christmas season; and others state that during the springtime the Prince was afflicted by the disease due to ‘a malign vapour which proceeded from the air’ (Hoare 2016). However, according to the members of Catherine’s circle, the Prince’s health was already in a worrying state since ‘[Arthur’s] limbs were so weak that he had never seen a man whose legs and other bits of his body were so small’ (Hoare 2016).

However, according to Hoare (2016), the sweating disease was a consequence of other diseases.

The prince was buried in Worcester Cathedral and, following her husband’s death Catherine of Aragon moved to London and lived for a period of time with Elizabeth of York, her mother-in-law. It is not entirely sure whether Arthur and Catherine had the chance to consummate their marriage.

According to some sources, Arthur’s death was the cause of intentional neglect. In fact, according to Peter Vaughan, of the Worcester Prince Arthur Committee, the future king of England did not have ‘a strong character, unlike his younger brother. Could it be that his father was strong enough to see that the best interests of the Tudors were to be served by Henry Duke of York, rather than Arthur?’ (Derbyshire 2002). However, other researchers dismiss such a hypothesis claiming that Arthur’s case is not a case of neglect since he was in Ludlow (rather than being treated in London) because he was ‘an ambassador for a king setting up a new dynasty’ (Derbyshire 2002; citing Litten).

What happened after Prince Arthur’s death?

If Prince Arthur had survived, the history of England would have manifested itself in a very different way. However, on his death, Arthur’s brother, Henry became the first in line to the throne.

A papal dispensation was obtained for the marriage, which was solemnised on June 11, 1509. Catherine bore five children, all of whom except the youngest, Mary, born in 1516, died in infancy.

Therefore, this was not the only illness that the Prince had to endure. In fact, Hoare (2016) provides us with other possible diseases that the Prince might have suffered from (there is a chance that the ‘sweating disease’ was confused with other maladies): 1. Tuberculosis, which would explain his weakness, thinness, and his inability to consummate his marriage with Catherine; 2. Poison, since he was the first in line to the throne and died unexpectedly at a very young age; 3. Pneumonia, a pulmonary infection that could have been caused by ‘repeated descriptions of the harsh winter, torrential spring, and the draughty castle at Ludlow’. Other diseases that have been suggested are diabetes, testicular cancer, and influenza (however, these do not explain how Catherine of Aragon was simultaneously ill).

Such interest in what caused the king’s death has surfaced in the last two decades. In fact, in 2002, Prince Arthur’s body had been identified through a ground-probing radar, and the researchers’ aim was to analyse the prince’s body through an endoscope in order to preserve his remains (Derbyshire 2002). Such study is interesting because it provides us with further information about the genetic makeup of the Tudor family. In fact, surprisingly, Henry VIII’s son, Edward VI, died of a mysterious sickness at the same age as Arthur. Moreover, Henry VIII’s illegitimate son, Henry Fitzroy, first Duke of Richmond and Somerset, died at the age of seventeen: it is not sure whether the cause was tuberculosis, pneumonia, or the ‘same genetic condition which was the same condition that killed his uncle, Prince Arthur’ (Ridgway 2010). 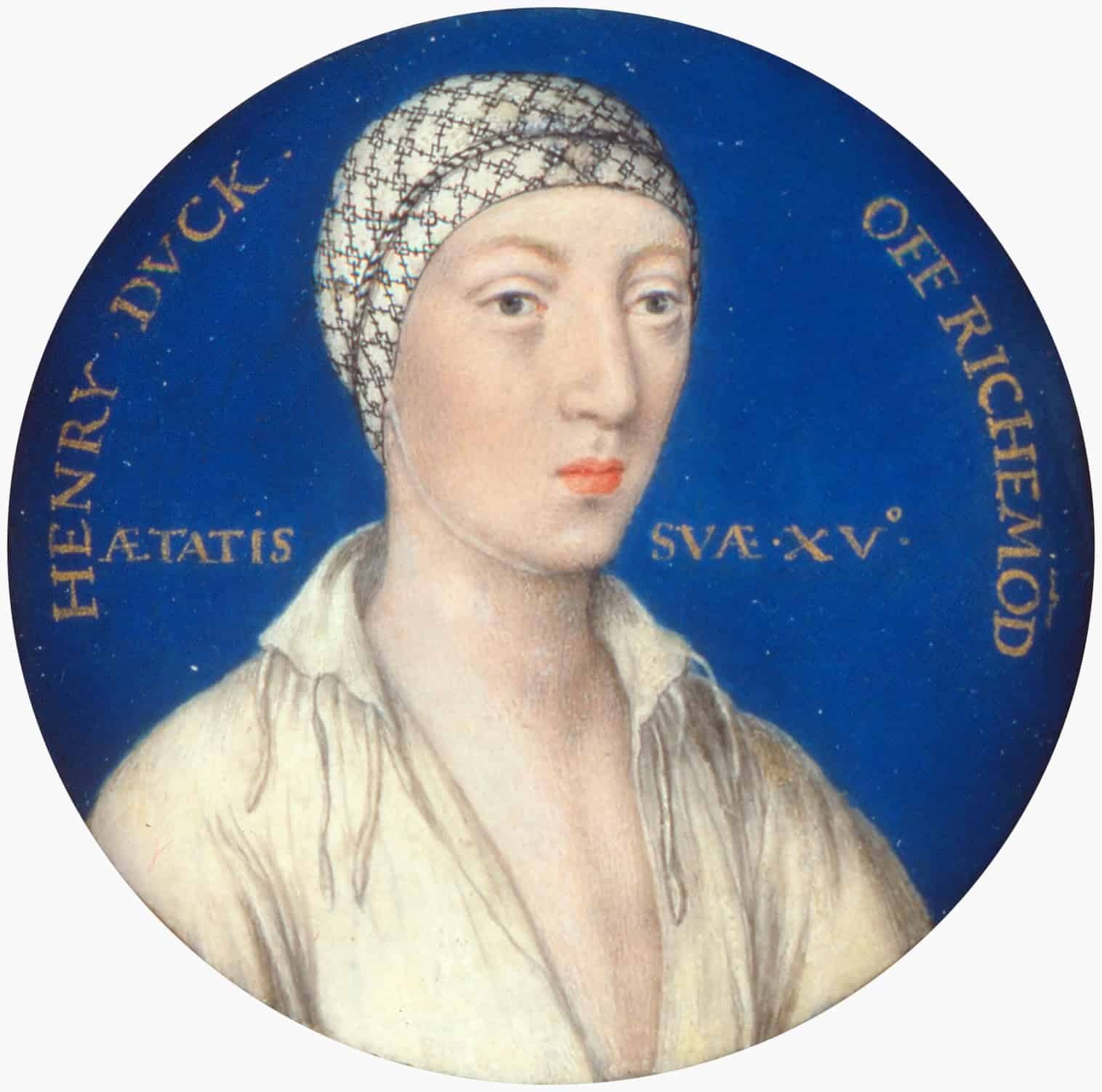 As a matter of fact, Prince Arthur, Edward VI, and Henry Fitzroy were all so closely related and they all died at a very similar age. Thus, a genetic condition could justify their premature death.

[3.] Ridgway, C. (2010). The Death of Henry Fitzroy, Duke of Richmond and Somerset. The Anne Boleyn Files. [online] Available from: https://www.theanneboleynfiles.com/the-death-of-henry-fitzroy-duke-of-richmond-and-somerset/