The first journey in search of the Northwest Passage

Already in 1560 or 1561, Frobisher had made the decision to embark on a journey in search of a passage to the north-west that would constitute a new route for trade with India and China (at the time known as Catai). It took him fifteen years to put together the funding for his project. In 1576 Frobisher succeeded in persuading the Russia Company, an English merchant consortium that had previously funded several expeditions in search of the Northwest Passage, to support him. With the help of Michael Lock, the director of Russia Company, Frobisher was able to raise enough funds for three sailing ships: the Gabriel and the Michael of about twenty to twenty-five tons each, and a small ten-ton vessel, with a crew of thirty-five men in total. 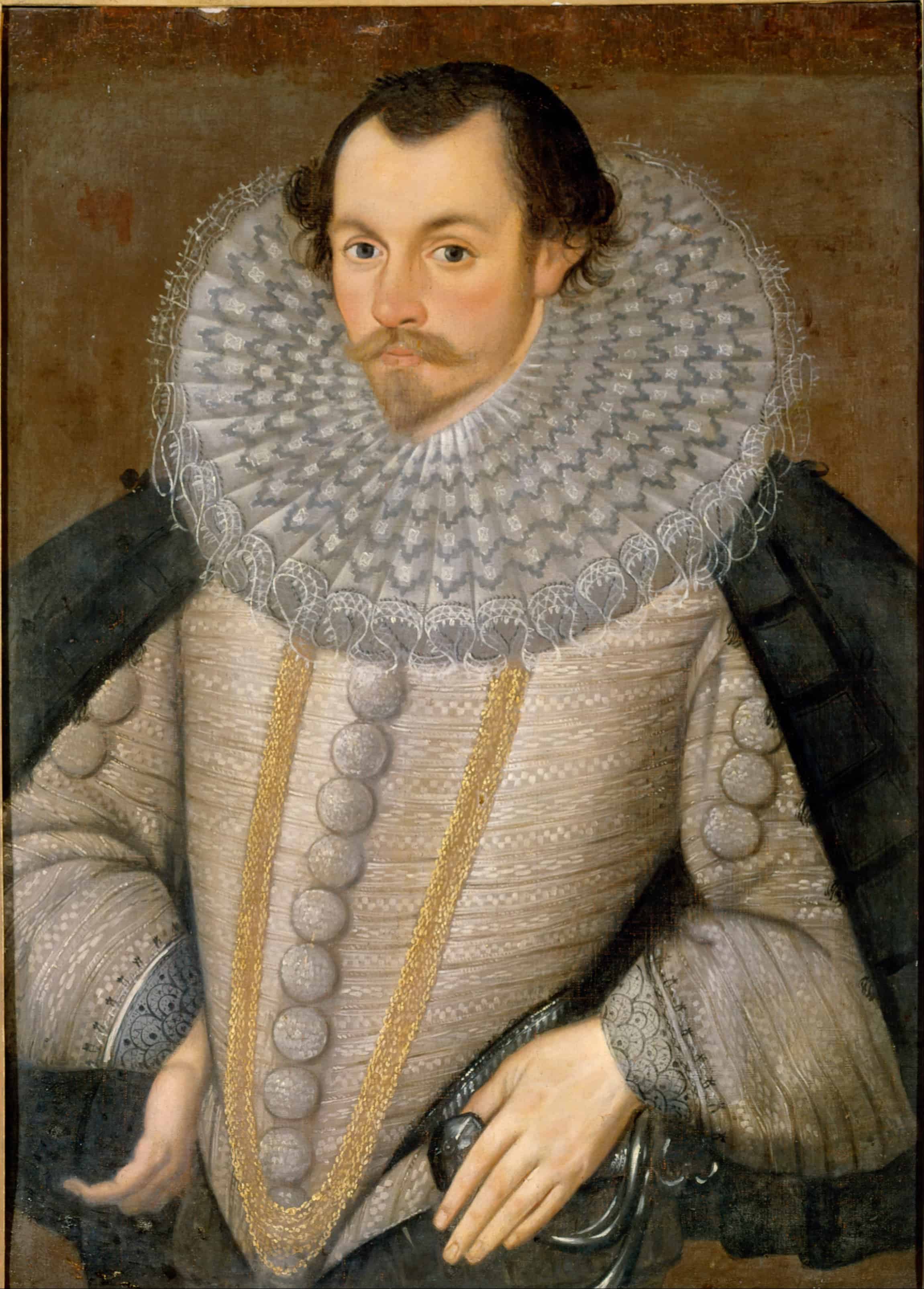 He anchored at Blackwall, and after receiving the assent of Queen Elizabeth I at Greenwich, in England, he sailed on June 7, 1576, to the Shetland Islands.

During a storm, Frobisher and his crew lost the smaller vessel and were also forced to abandon the Michael, but on 28 July the Labrador coast was sighted.

A few days later they reached the inlet of the Frobisher Bay, and since the ice and the wind hindered the continuation to the North, Frobisher gave orders to correct the route to the West (where he believed he could find a passage), to see if he could get out into the open sea. They arrived on Baffin Island on August 18, 1576, where they came into contact with some natives.

After agreeing with one of these to guide him through the area, Frobisher ordered five of his men to accompany him back to shore on a boat, advising them to avoid getting too close to other natives.

In all likelihood, the sailors disregarded the order and were captured and taken prisoner by the Inuit. After days of research, Frobisher had not yet intercepted them, and eventually convinced the native man he had met to bring him to the other natives in order to try and negotiate an exchange for the missing sailors. The attempt proved vain; of the five crew members, nothing was heard, although an Inuit legend says that the men lived with them for a few years before dying in an attempt to leave Baffin Island on a boat they had built. Frobisher returned to London, where he arrived on 9 October. Among the things embarked by men, there was also a piece of a black stone. On its surface, there were small fragments in relief. Only one of the four experts consulted argued that this mineral contained gold. 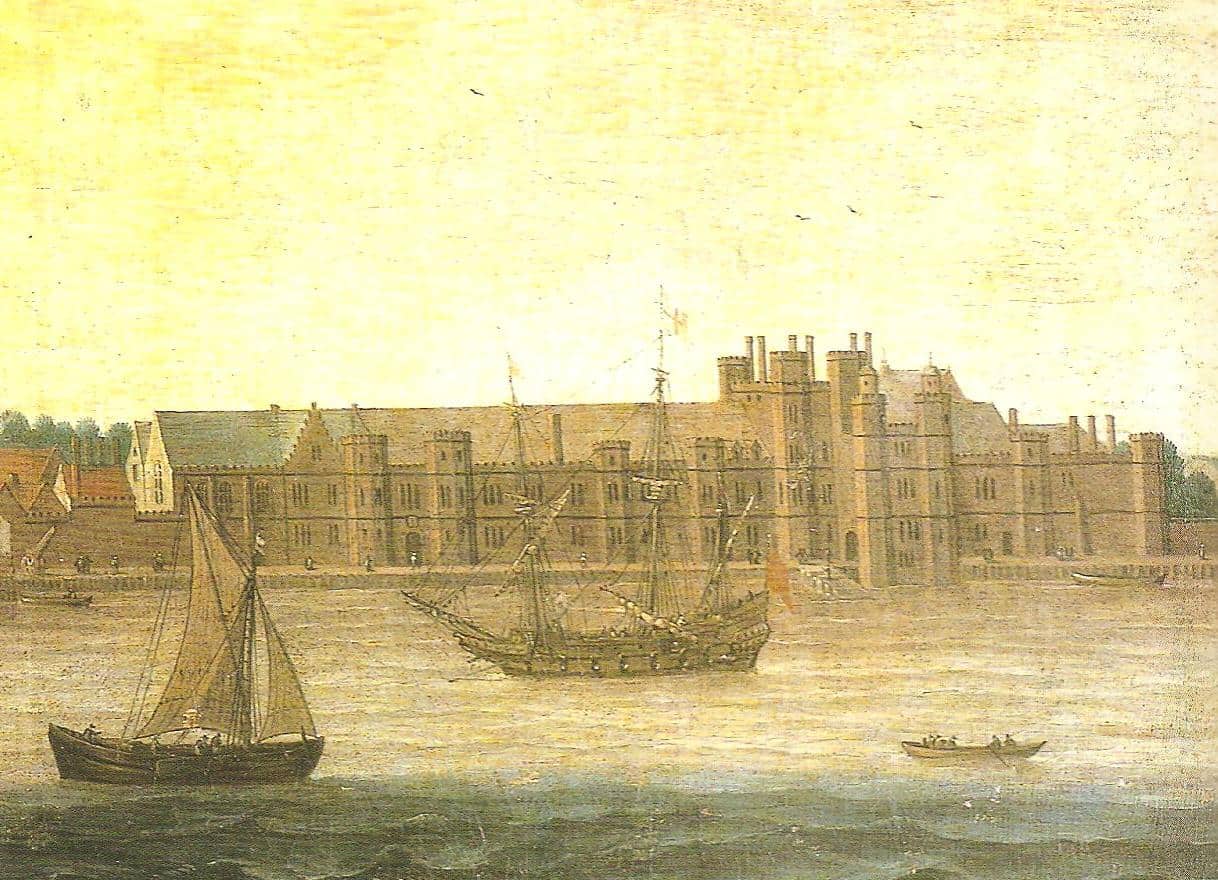 The following year, a much larger expedition was organised. The Queen sold the ship Ayde, of the Royal Navy, to the Company of Cathay and provided a thousand pounds to pay the costs of Frobisher’s ships. The Company of Cathay was also granted a license which provided an exclusive right of navigation in all directions except for the East. Frobisher was named High Admiral of all the Lands and Waters he had managed to discover.

On May 27, 1577, the expedition, composed (in addition to Ayde) by the ships Gabriel and Michael, and with a total of one hundred and fifty complement men including miners, refinery workers, and soldiers, left Blackwall and sailed from the North of Scotland to reach Frobisher Bay on 17 July. A few days later, in a solemn ceremony, in the name of the Queen, Frobisher officially took possession of the entire region and of the South side of the Bay. From that moment, several weeks were used to collect the ore, but very little progress was made in exploring the island. Long negotiations and skirmishes with the natives were also traced, as well as stubborn and useless attempts to recover the men captured the previous year.

The departure date was August 23, and Ayde reached Milford Haven on September 23rd. Gabriel and Michael arrived later, separately in Bristol and Yarmouth. Frobisher was welcomed and honoured by the Queen at Windsor. Large preparations were made and substantial expenses were incurred to organise the amount of ore transported to the homeland (about two hundred tons). The operations took a long time, which led to disagreements between the financially involved parties.

Meanwhile, the confidence of the Queen and others in the potential of the newly discovered territories (which she herself renamed Meta Incognita) remained firm; it was therefore decided to set up the largest of the expeditions, with everything necessary to establish a colony of one hundred individuals. Frobisher was again honoured by the Queen, and His Majesty placed a fine gold chain around his neck.

On 3 June 1578, the expedition, this time made up of a total of fifteen vessels, departed from Harwich, and sailing across the English Channel on 20 June reached the south of Greenland, where Frobisher with some of his men managed to land.

On 2 July the promontory of Frobisher Bay was sighted. The stormy sea and the dangerous icy conditions prevented the docking, and besides causing the sinking of the Dennis – a hundred-ton sailing ship – they pushed the fleet into another strait (Hudson). After travelling about sixty miles along this wrong strait, Frobisher reversed course with obvious reluctance, and after several pitches and separations between the units, the fleet could finally drop anchor in Frobisher’s Bay. Some attempt was made to find accommodation for the colony, and in the meantime, a large quantity of ore was loaded. But among the settlers discontent and disagreement prevailed, and this prevented the success of the experiment. On the last day of August, the fleet left for a return to England, where they arrived in early October. The cargo was immediately taken to a fusion plant on Powder Mill Lane in Dartford, Kent. Despite various attempts, the mineral apparently did not even cover the costs of fusion and was eventually used for the construction of roads. This also meant the end of Frobisher’s attempts to patrol the Northwest Passage.

In 1580 Frobisher served as Captain on one of the Queen’s ships, with the task of preventing Spain’s attempts to support the Irish in their resistance to British interference; in the same year, he was awarded the office of Chancellor of the Royal Navy.

In 1585 he commanded Primrose, as Sir Francis Drake’s vice admiral in his expedition to the West Indies. Shortly thereafter, the country was threatened by incursions of the Invincible Armada, and the name of Frobisher was one of the four of which Drake mentioned in a letter to the queen, as men of extraordinary experience that this kingdom has. For the exceptional services rendered in the dispersion of the Armada, Martin Frobisher was named a Knight. He continued to cross the Channel until 1590 when he was commissioned to command a small fleet towards the coasts of Spain.

In 1591 he returned to his homeland, where he married his second wife, daughter of Lord Wentworth, becoming at the same time landowner in Yorkshire and Nottinghamshire. However, he found the life in the country unpleasant and the following year he took command of an armed fleet from Sir Walter Raleigh to the Spanish coast, from where he returned with a rich booty.

In November 1594, he was hired in a rescue squadron in Brest, yet, he was shot at Fort Crozon, a fortress defended by the Spanish, and due to inadequate medical assistance, he died a few days later, on November 15, in Plymouth. His organs were buried in the Church of St. Andrew, in Plymouth itself, on November 22nd. His body was later transported to London and buried in St Giles.