At the Paris Peace Conference, Germany was recognised as being responsible for the start of the conflict. Thus, having caused the war, France and Great Britain demanded that Germany pay not only the damages caused to civilians (the actual repairs) but also the whole cost borne by the allied governments for the continuation of the war. 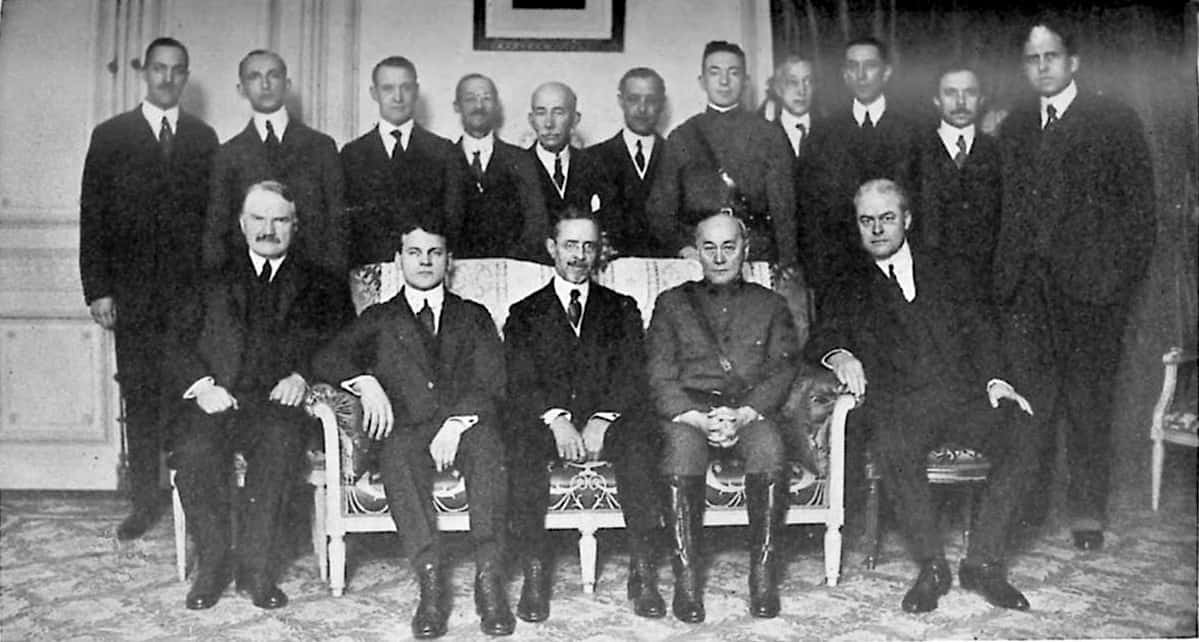 The amount established by a committee was 132 billion gold marks to be paid in instalments with the interest of 6%, an exorbitant figure equal to about 31.35 billion dollars.

The mark was worth less than the paper it was printed on. The disastrous hyperinflation and the financial crisis had an unequal impact on individuals and led to a drastic redistribution of income and wealth. While some skilled speculators amassed enormous fortunes – the debts of financiers and entrepreneurs were pulverised. The majority of the citizens, especially those of the middle and lower classes and those with a fixed income (pensioners, holders of treasury bills, many wage earners), saw their modest savings swept away in the space of months or weeks and suffered a severe deterioration in regards to their living standards.

These economic and political events caused unemployment and discontent, resulting in some attempts to overthrow the government. For example, the ultra-conservative government official Wolfgang Kapp tried to carry out a coup d’état in 1920, (such effort is known as the “Kapp Putsch”).

On November 9, 1923, Adolf Hitler attempted another Puétsch in Monaco, but he failed. Moreover, in January 1923, France and Belgium had militarily occupied the German Ruhr mining basin, as a guarantee for the due war reparations established by the Treaty of Versailles, cutting the German government from their central element of economic recovery.

The Dawes plan was an economic plan that intended to solve the problem of the war reparations established by the Treaty of Versailles against Germany: this plan, which owes its name to its creator, Charles Gates Dawes, was approved in 1924. 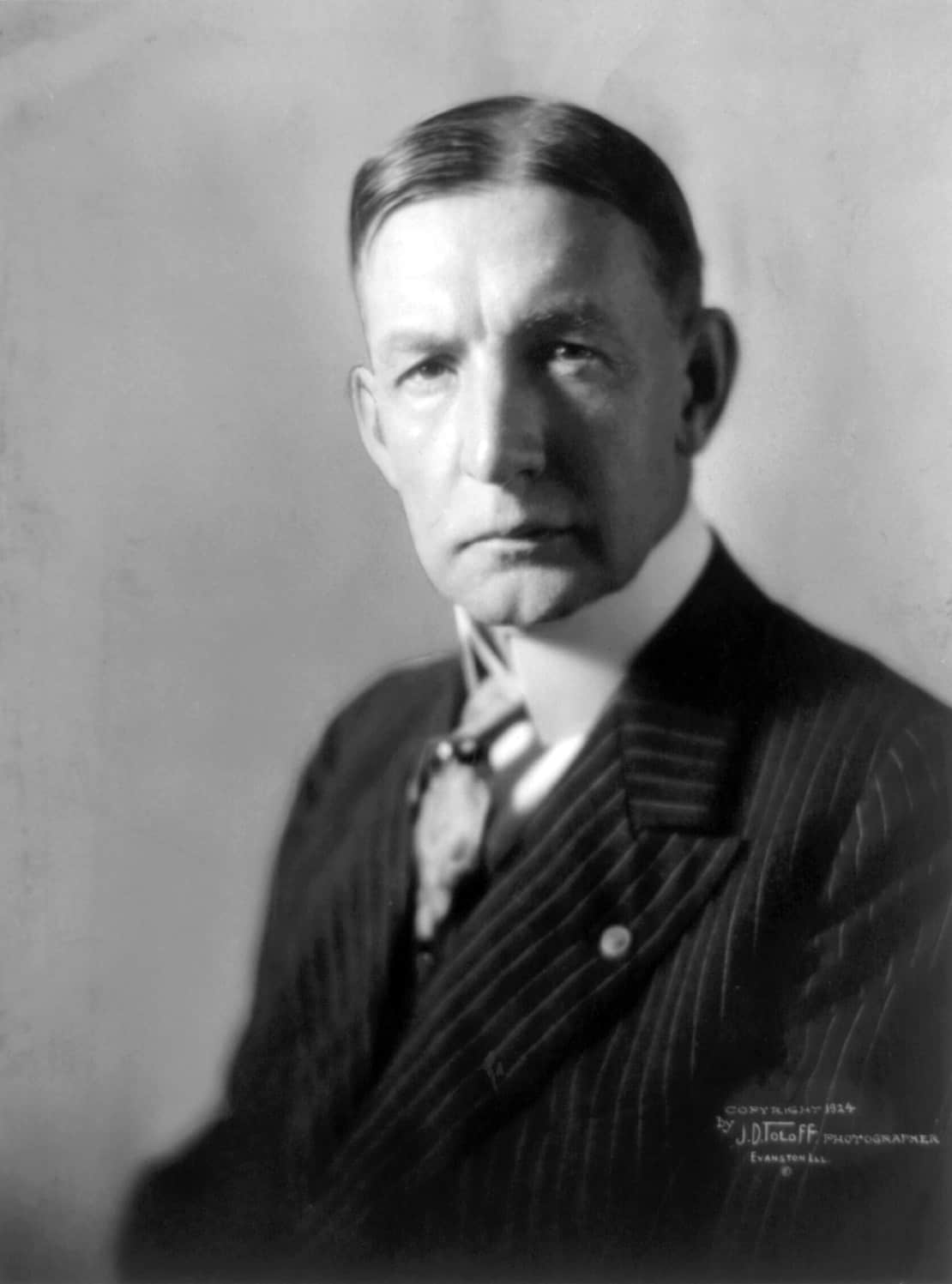 In December 1923, the British, French and Germans agreed to appoint a commission chaired by Charles G. Dawes, the first director of the United States Budget Office. The commission had to consider ways to balance the German budget, by stabilising the currency and setting a new and viable level of annual repairs. The experts began their work in January 1924, and the Dawes plan was submitted to the Reparations Commission in April of that same year.

The plan stipulated that between 1924 and 1929 the debt would be paid in a manner that was appropriate to the German economy. Thus, it fixed an initial payment of one billion gold marks per year, of which an external loan would cover 800. The payments would rise to 2,500 million marks in 1929. After that date, the debt would be reconsidered, and a new amount would be fixed following an analysis of the current German economic situation. The Reichsbank would be reorganised under the supervision of the countries that had won the war, and to avoid inflation, it was forbidden to discount the Treasury bonds.

It was also established that French and Belgians would withdraw from the Ruhr and that measures such as the occupation of the Ruhr, could occur in case of 1. a flagrant breach by Germany, 2. and only with the unanimous consent of all its creditors. The German government accepted the plan on April 17, 1924, and on the 24th the English, Italian and Belgian governments agreed as well. French Prime Minister Raymond Poincaré signed the agreement on the 25th, fearing that he would be isolated and pressured by the collapse of France.

To support the war reparations, the first initiatives fixed in the Treaty of Versailles (which consisted in acquiring the country’s raw materials and property) were abandoned since they ultimately prevented the German economy from improving. Instead, the reparations would be financed through taxes, customs, duties, and derivatives of the operation of the railways.

The plan was based on 1. German payments divided in instalments; 2. the reorganisation of the Reichsbank (German National Bank); 3. the change of currency through the creation of a Reichsmark which would have replaced the current currency.

Among other things, the plan would have allowed US capital to flow into Germany and hence, to flow indirectly into other European nations hit by the war. In such a way, as was the case with the Marshall Plan after World War II, the Americans were able to export goods and capital to Europe, avoiding an economic crisis. They also controlled European markets, especially German ones against possible communist revolutions (at that time, Socialism had spread in Europe after the October Revolution in Russia), and the US influence could also revive the European economy so that war debts could soon be repaid.

The Dawes plan allowed Germany to resume the payment of war reparations, and the measures that were taken by the government for the rehabilitation were effective: the recovery was uninterrupted, and already in 1925 it was possible to see good results.

With the Great Depression, however, US loans failed, and Germany fell back into a crisis that was even worse than the previous one. As a consequence of the Fall of Wall Street, in 1932, the Lausanne Conference claimed that Germany did not have enough funds to make up for war debts. The impossibility of dealing with debts, combined with the great crisis and the humiliating conditions of the Treaty of Versailles caused Germany to live in misery and despair. Such events influenced the start of autarchy and Nazism and prepared the ground for the rise of Adolf Hitler.

The Young plan, which replaced the Dawes plan, is an economic plan concerning the German war reparations after World War I.

The new plan partly eased the burden that the German economy was facing due to the war reparations. It also stimulated foreign investment in Germany and helped German industrialists to re-enter world markets with manufactured goods.

However, the US banks granted funds to Germany, and the German government used much of these funds to pay war compensation to other European countries (such as Britain, France, and Belgium). These countries, in turn, used the reparations paid by Germany to repay the United States their debts.

Before 1929, the years of prosperity in the United States influenced the development of the plan. The Americans did not want to pressure the United Kingdom, France, and Germany to repay their war debts. However, such choice had repercussions on the reparations that Germany had to pay to France (which began to be substantially reduced). This led to the elaboration of a reform of the Dawes Plan in which Germany was to pay 2,000,000 gold marks for 59 years.

However, the impossibility of Germany to face these debts made the Dawes Plan impracticable, and the plan could not be applied satisfactorily. The Fall of Wall Street proved that American banks could not continue to lend money to Germany (which also had consequences on the repairs paid by the Germans to Great Britain and France). The United States caused the collapse of world trade: the US could no longer receive any payment from its former European allies. Faced with this adverse situation, the Dawes Plan was soon replaced by the Young Plan. The impossibility of dealing with debts, combined with the great crisis and the humiliating conditions of the Treaty of Versailles caused Germany to fall into misery and despair, thus influencing the birth of autarchy and Nazism, which prepared the ground for the rise of Adolf Hitler. 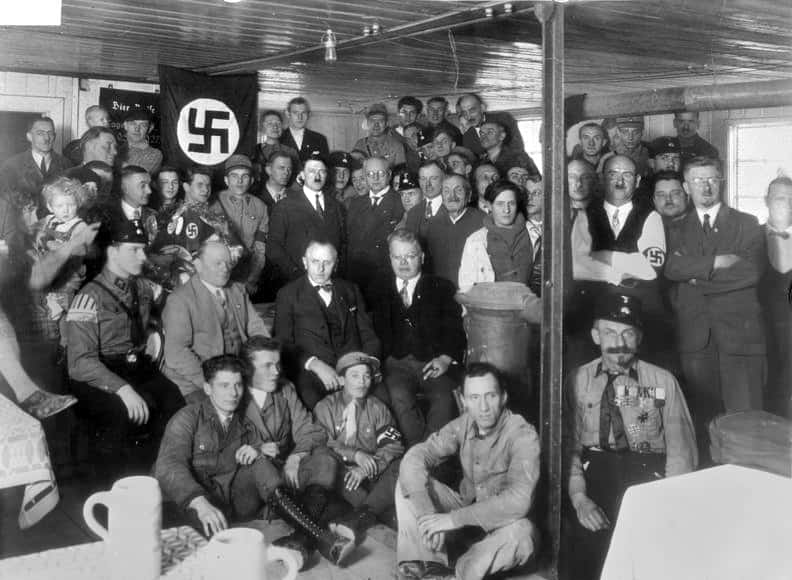